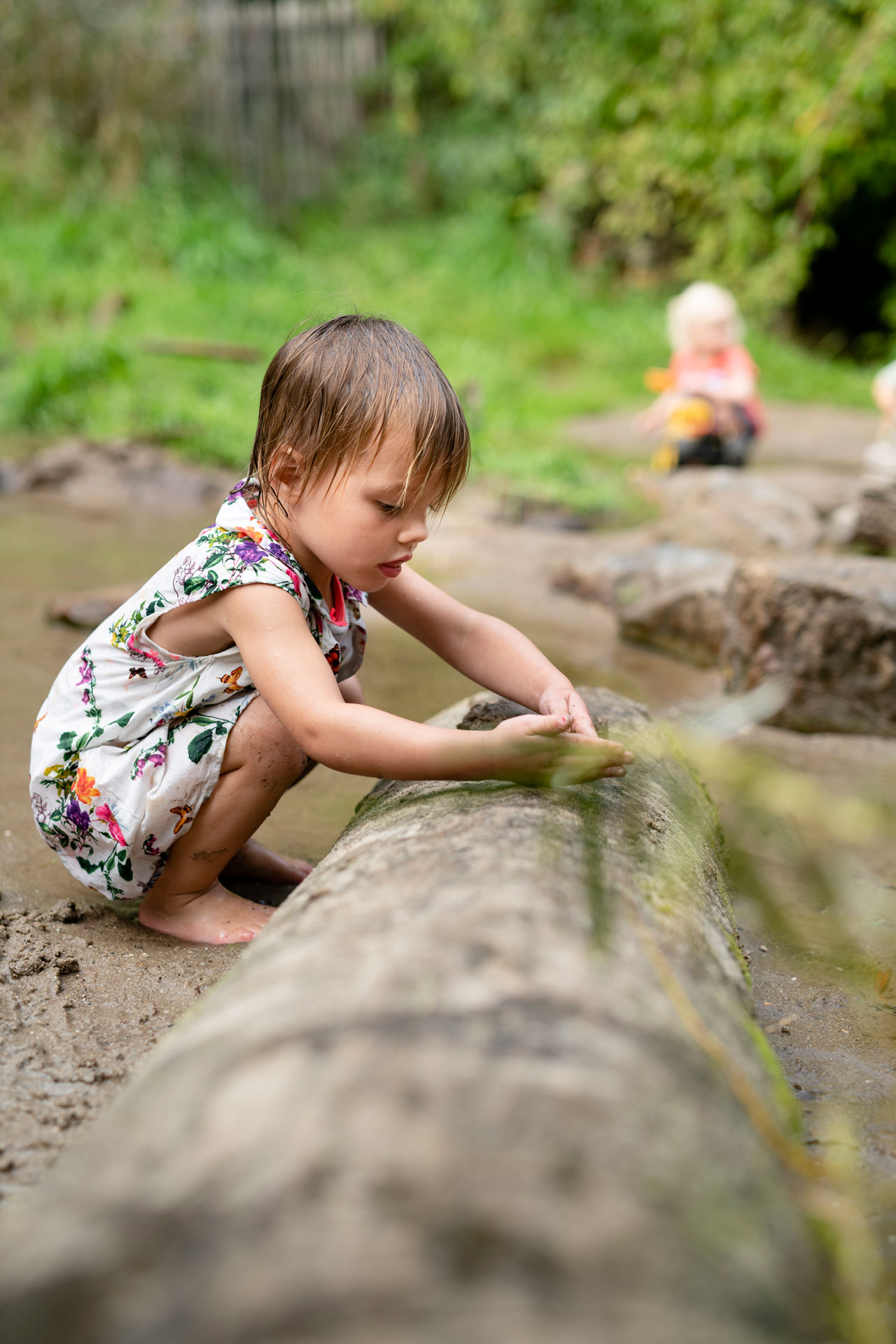 Imagine that you live in a three-room apartment with your father, mother, two brothers and two sisters. Your mother doesn’t like you playing outside – there are too many cars driving too quickly, and she’s afraid of older children who bully or use drugs. So after school you play games on your mother’s phone, at home. You’re full of energy and frustrated to be stuck in a small inside space, so often you end up fighting with your siblings.

Increasingly, this is the reality of family life for many young children. As city populations grow, neighbourhoods often become more dense. This intensifies economic pressure to build on the green urban spaces that still exist.

All this has a direct impact on children. Those who miss out on outside play lack opportunities to develop their social skills – creativity, fantasy, risk assessment, getting along with others, building a social network. When young children lack the space and autonomy to play with others, it can delay their development – socially, emotionally and physically. Lack of diverse physical activities can hold back motor development too. Using a screen all the time can lead to problems with vision, muscles and posture.

About ten years ago, I began work on a project in Rotterdam that tackled these problems. We developed new, green schoolyards that were available to neighbourhood children during and after school hours. We hoped teachers would also experiment with giving lessons outside. Back then, almost all schoolyards were made of paving stones or asphalt, and surrounded by stark metal fences with no plants growing through them to soften how they looked. Schoolyards were closed after school hours, even though most neighbourhoods lacked sufficient public space for children. In surveys, children described them as “boring”, but nevertheless mentioned them as one of their three favourite places.

After the first iteration of our green schoolyards project, it became clear that we had underestimated the need for maintenance and management. At some schools the greenery was trampled, or the schoolyard was taken over by weeds. Because of vandalism, most of these yards were eventually closed outside of school hours.

‘Adults shouldn’t be so focused on safety, especially when it inhibits a key aspect of children’s development: learning how to deal with risk.’

We learned our lessons, and seven years ago we developed the current green schoolyard concept, which is also financed by the Municipality of Rotterdam. We started by conducting trials in a small number of schools. In this new iteration, before granting a subsidy to a school, we asked them why they wanted one: what was their vision? They had to write down how they would manage and maintain the schoolyard, and open it to the neighbourhood after school hours, at weekends and during holidays. We made an appointment with them to discuss the project before making a decision.

The subsidy covered the costs of year one, but thereafter the school needed to have a plan to manage the schoolyard themselves. Most of the schools already had a budget for maintenance of their old schoolyard, which covered bicycles, toys and other objects. Now they needed to repurpose it for another vision. At the same time they could organise a team of children, parents, neighbours and teachers to take care of the easier aspects of maintenance, which gave them a greater sense of ownership.

We also wanted to inspire more teachers to give lessons in the improved schoolyards. We found that teachers enjoy outdoor classes, but they need support to be creative without relying on book-based teaching, instead using their own green spaces as a living learning landscape. I have seen the vision and policy of the school boards change after seeing the benefits of learning outdoors: children experience much more, become interested in things and ask questions, and teachers can work with a wider range of learning styles.

Another challenge was getting school directors to fully support the project. At the start, many emphasised what could go wrong, including concerns about children’s safety. We responded boldly, explaining that adults shouldn’t be so focused on safety, especially when it inhibits a key aspect of children’s development: learning how to deal with risk.

This second attempt, which incorporated early learning, proved the concept and gradually other schools approached us to participate. We formed a selection board to choose schools based on their motivation: Why do they want a green schoolyard? Do they understand what it entails? We discussed key issues from the start. How would they provide outdoor lessons? Do they have the time and the financing to open the schoolyards to the neighbourhood, and to sustain this over time?

As the project grew, we also began to experiment with how the schoolyards can enhance adaptation to climate change. Dense urban neighbourhoods with a lot of concrete get hotter during heatwaves, and are at higher risk of flooding during heavy rain. Open, well-designed green spaces can help mitigate multiple climate risks. Green schoolyards work best with a variety of plants, to attract diverse birds, butterflies and bees. Schoolyards should be places where teachers want to hold lessons, and where parents want to spend time playing with their children or chatting with neighbours. For local children, they should be the “green living room” of the whole neighbourhood.

‘As the project grew, we also began to experiment with how the schoolyards can enhance adaptation to climate change.’

We’ve learned that, in an ideal schoolyard, children can interact in a playful way, learning with all their senses. There are trees to climb for views of the whole space, running water to build dams, hills to roll down, flowers to smell, and spaces for hide-and- seek. Successful schoolyards need an element of risk to enable adventure, but they should also be relaxing and enjoyable.

Green schoolyards have the potential to serve multiple functions: They are an inspiring learning environment; a challenging play space; a meeting area for residents; and a green space to improve resilience to extreme weather. These varied roles mean that they can be funded from diverse municipal budgets. Funding for green schoolyards in Rotterdam came from the city’s budgets for Youth and Education, City Management, Child-Friendly Neighbourhoods, Climate Adaptation and Health.

There is still room for improvement. Some schools could hold even more classes outdoors, if teachers were given the necessary support and encouragement. Others could make better use of the space to strengthen collaboration with neighbours and community groups, for example by organising ways to make local people feel welcome in the schoolyard and get used to thinking of it as ‘their’ place.

Currently, 37 Rotterdam schools have green schoolyards. We are now working with Rotterdam and other Dutch cities to craft a formal policy statement, explaining how green schoolyards work best. Our goal is for school boards to automatically include green schoolyards in new schools, and to view financing for these projects as essential. We hope neighbourhood residents, especially caregivers with young children, come to feel a sense of ownership and responsibility for these spaces, and see them as essential to the wellbeing of their communities.