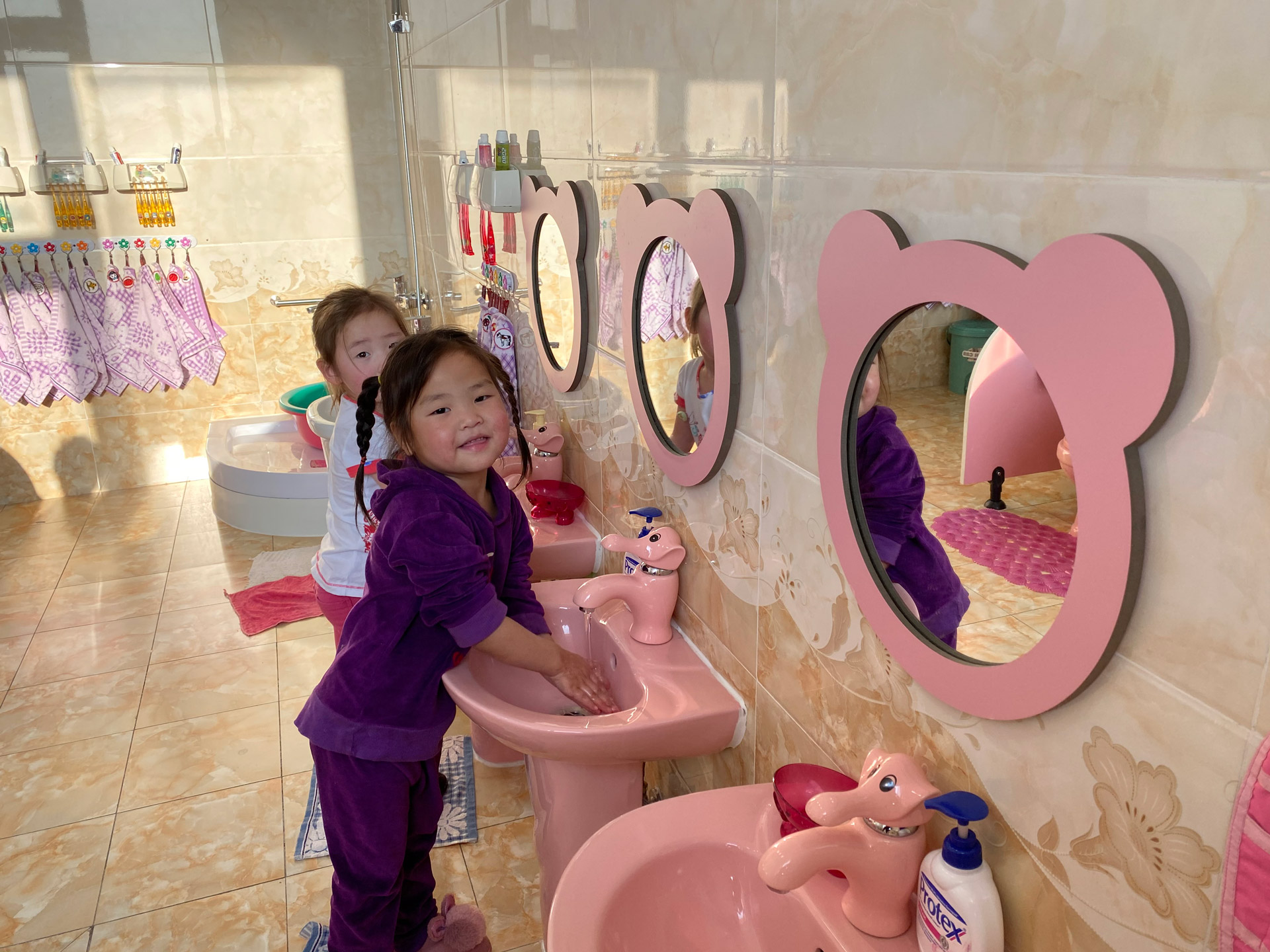 Air pollution is a major problem in Mongolia’s cities, especially during the long, cold winters. Between October and March, night-time temperatures average below –10 ºC and can reach as low as –40 ºC. People traditionally burn coal to keep warm. The use of fossil fuels for heating and energy has a direct impact on Mongolia’s CO2 emissions, which have grown from 5.1 million tons in 1970 to 35.9 million tons in 2019. These emissions are responsible for the build-up of air pollution within buildings and in the city as a whole.

As young children are especially vulnerable to air pollution (Rees, 2017), UNICEF Mongolia investigated indoor air quality in kindergartens – where children aged 2 to 5 typically spend eight or nine hours every weekday. In partnership with Washington University in St Louis and Mongolian University of Science and Technology (MUST), we installed measuring equipment in 29 kindergartens in the Bayanzurkh district of the capital, Ulaanbaatar – home to 1.5 million people, half the country’s population – and Bayankhongor, a provincial capital with a population of just under 100,000.

The devices measured air quality 24 hours a day, and uploaded the data to an online server. We found that the PM2.5 levels exceeded World Health Organization guidelines in all the buildings most of the time. Total volatile organic compound (TVOC) emissions – from materials used in construction, repair and maintenance – were also alarmingly high. 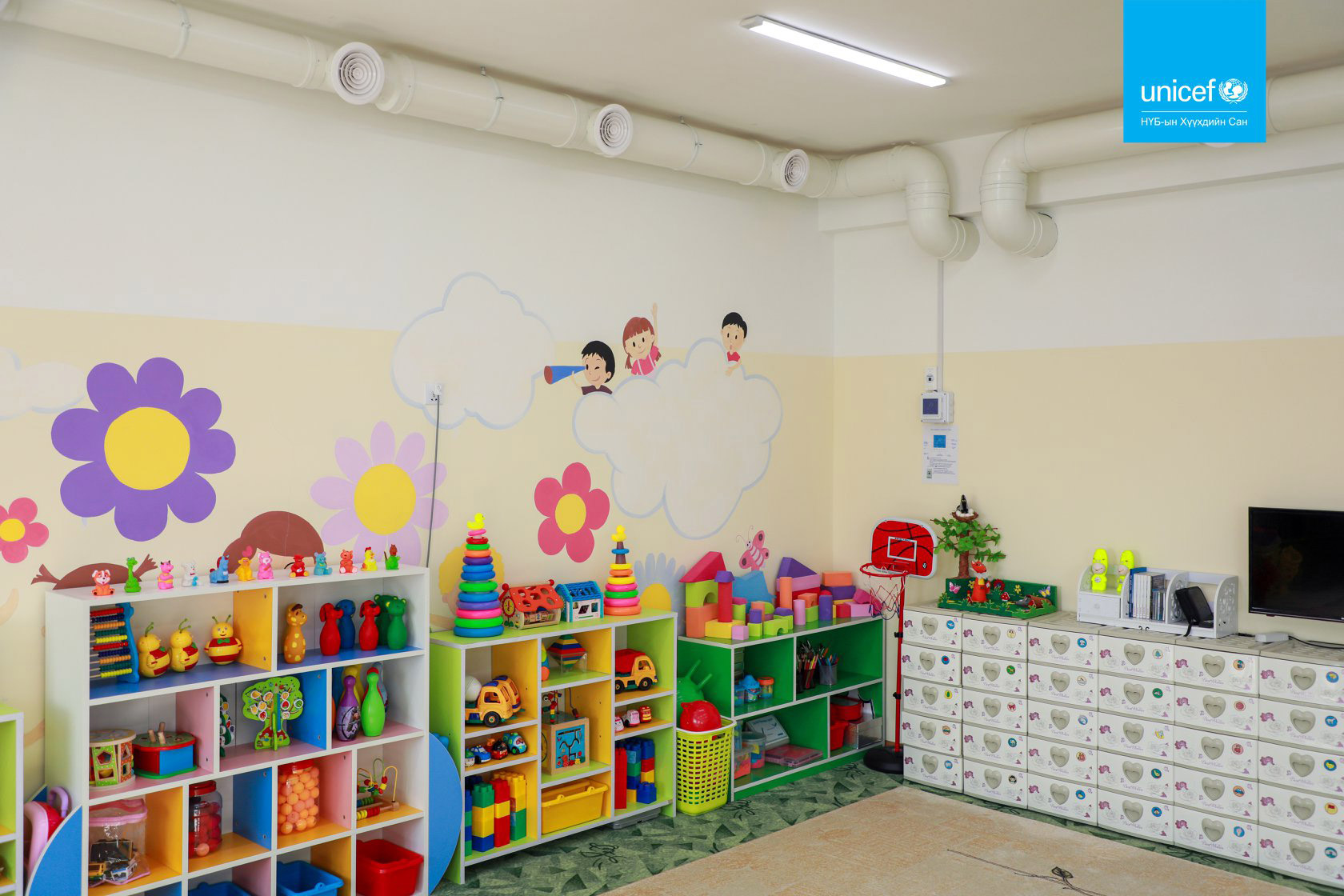 A classroom with air ventilation system in a newly built kindergarten by UNICEF Mongolia. Photo: Courtesy of UNICEFMongolia/2020/TamirCh

Separately, we supported assessments of 44 kindergartens and health facility buildings. In 40 of them, we found that the ventilation system did not work at all. We also discovered that all the kindergartens were operating beyond their capacity, with some having enrolled up to four times too many children. Among other issues, this overcrowding makes indoor air quality worse. We organised capacity-building training for the kindergarten managers, and each will develop a plan to improve indoor air quality (UNICEF Mongolia, 2018, 2019).

‘To improve air pollution in Mongolia, electricity and heating demands need to be powered by clean energy.’

The government is taking the problem of air pollution seriously: it banned the burning of raw coal in the summer 2019, and air pollution in the winter of 2019–2020 decreased by 41% from the previous winter (Ariunbold, 2020). However, refined solid fuels can still be burned, and over 4,000 cases of carbon monoxide poisoning were reported – including at least 12 fatalities, of which six were children. For long-term solutions to improve air pollution in Mongolia, electricity and heating demands need to be powered by clean energy.

In partnership with MUST, we also developed a pilot programme called CHIPS – cooking, heating and insulation products and services – for the families living in gers, traditional Mongolian dwellings also known as yurts. CHIPS replaces traditional coal-fired stoves with electric cooking and heating technology, as well as improving both insulation and ventilation. Data from the pilot, which covered 230 households in Bayankhongor province, showed that households were more comfortable, safer and healthier. The electric heating saved time and labour, with no need to refill the stove in the middle of the night. Improved insulation also decreased the need for heating, thereby cutting costs.

We are working with and across government departments to scale-up both initiatives. The Ministry of Environment and Tourism has approved the CHIPS programme for government “green loans”. With the support of parliamentarians, we are working with the Ministry of Construction and Urban Development to develop new national codes on building design for kindergartens, schools and health facilities, including ventilation systems. It is believed that better health outcomes from the improved environments will justify the increased costs.