What I’ve learned from making my case to people, companies and governments 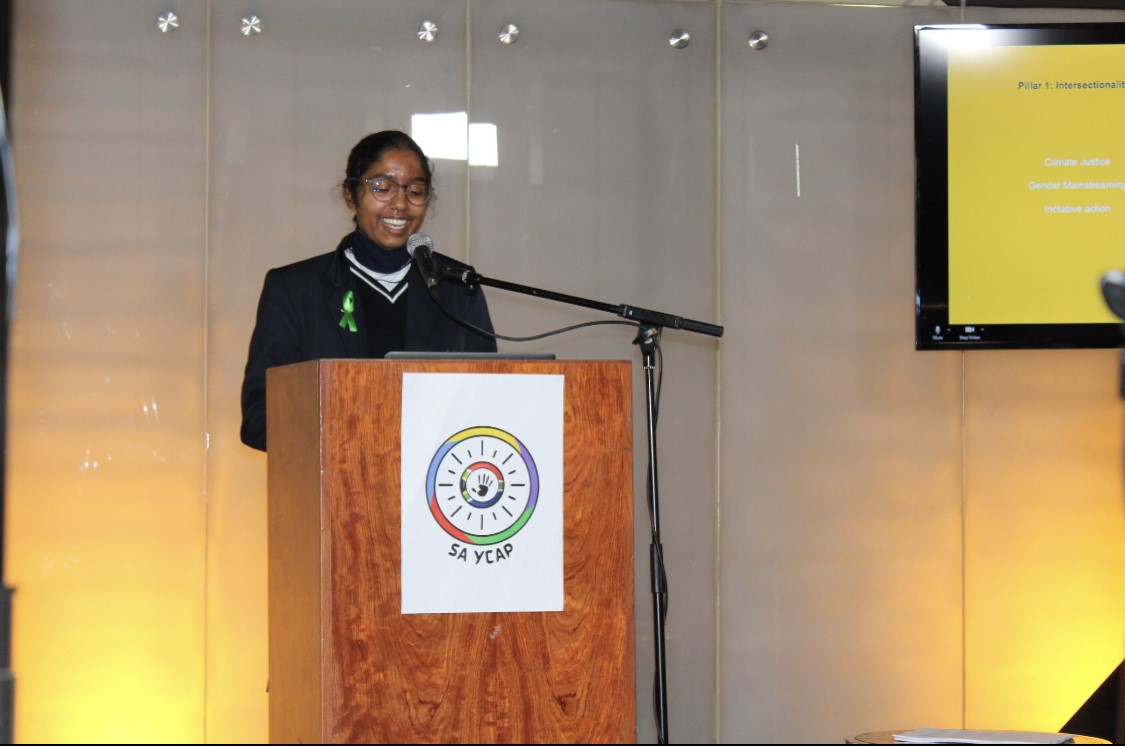 I am Almaaz Mudaly, a 14-year-old grade 9 school student in South Africa, and a global youth climate activist.

I’m not alone: young people here and around the world are playing an influential role in climate change activism. The environment is a key issue for young people everywhere. I’ve been able to make my case to corporate executives, government ministers, and other students from around the world. I believe that including youth perspectives in decision making inevitably creates a greater focus on long-term, often existential issues.

How does an ordinary middle-schooler become a global climate activist? My earliest memory of caring about the environment was when I was around 4 or 5, and I overheard my mum explaining that, in our neighbourhood, we would have to begin separating our waste for recycling. I immediately started labelling our bins for paper, plastic and food waste.

My formal activism began when I was 11, with a science project to design an eco-friendly lunchbox. I was alarmed to learn that a large portion of our population can’t afford a lunchbox that keeps food cool under negative, cheap, highly insulated cooler box. I called it the “Ultimate Cooler” and it was easily accessible to people from all socioeconomic backgrounds. I won a bronze medal at the International Science Fair for my efforts. But my “wow” moment was understanding that to solve the climate crisis, we will have to tackle poverty, inequality and many other issues too.

Unfortunately, I’ve discovered that youth activists aren’t always taken seriously. In March 2021 I participated in a consultation with representatives of South Africa’s largest companies (and in some cases its biggest polluters). I and other activists discussed our ideas about how to make the private sector more sustainable and inclusive.

However, we were met with arrogance from the business representatives. They seemed to use “green-washing” techniques to avoid detailing their future plans and they didn’t grasp the intersectional issues. In order to solve the climate crisis, youth, business, government and other stakeholders must find a way to collaborate and innovate together. However, at other moments I have felt that we’ve had an impact. For example, in October 2020 I was the South African youth representative at the European Union Climate Diplomacy Week closing ceremony. This was attended by EU ambassadors, European diplomats, government officials, big business people and others. Our delegation crafted and submitted a document outlining our suggestions on how to make a just, green transition. Our voice was heard.

I also work with young people in South Africa to write declarations on climate change, using Model United Nations-style debates. I do this through the South African Institute of International Affairs, which administers a very active youth programme. Based on our debates, we write declarations containing policy recommendations and forward our work to South African provincial legislatures, which consider them for inclusion in policies and regulations. This is a refreshing example of diversity in policy.

The final policy document – written by South African youth – described how we believe the country should tackle climate change. We handed this over to the South African government in October 2021, and hope it will inspire youth-led climate action across the country.

We still have much to learn

Over the past three years, my work in these different forums has made it clear that we can solve the climate crisis, once we decide to do so. But to maintain the gains, we’ll need to understand the links between the environment, social transformation and economic equality. Developing countries like South Africa have the hard task of balancing economic growth with our response to climate change. For example, do you close a factory that’s polluting the environment, when whole communities depend on the wages it provides?

Although we still have many questions to answer, we have already learned a lot. Here are five key lessons from my journey as a youth climate activist:

Although we come from different places and cultures, we must work together across generations and backgrounds to pressure governments, big business and civil society to act with urgency.

Make information accessible to everyone, in simple terms and in their own languages. It should be easy for ordinary people to know about the policies that affect them. Don’t say “carbon sequestration” when you can say “taking carbon out of the air”.

We must convey knowledge and information using creative methods, both
traditional and novel, such as storytelling, that even non-scientists can understand. People who feel the dire effects of climate change might not realise what’s causing it. Very few understand what limiting global warming to 1.5 ºC really entails. We South Africans know, from experience with Apartheid, the power of using theatre and art to convey strong messages.

Inequality within the education system must be reduced. There should be a universal basic curriculum on climate change. If we don’t understand the issue, we can’t contribute meaningfully.

Children can’t vote, but our futures will be impacted by decisions made today. I believe that we need to change this, and call for youth to be allowed to vote. If I vote, my government will have to listen to me. The criteria for voting are based on age, not on any other important factors. We have to think past a person’s age and rather consider their ability to understand and contribute in society. It will then become incumbent on the schooling system to prepare the child to vote in a meaningful way.

I see a bright future, we just need to work together with a clear goal! Climate change can be an opportunity. Environmental researchers and activists have only begun to explore solutions. On our quest for a healthier planet, we could open up new fields of science. That’s what I’m looking forward to. 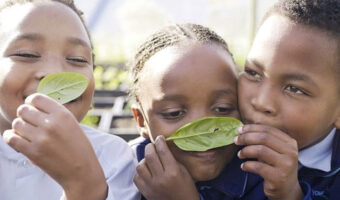