Black mothers are at especially high risk of pre-term delivery, low birthweight and even stillbirth 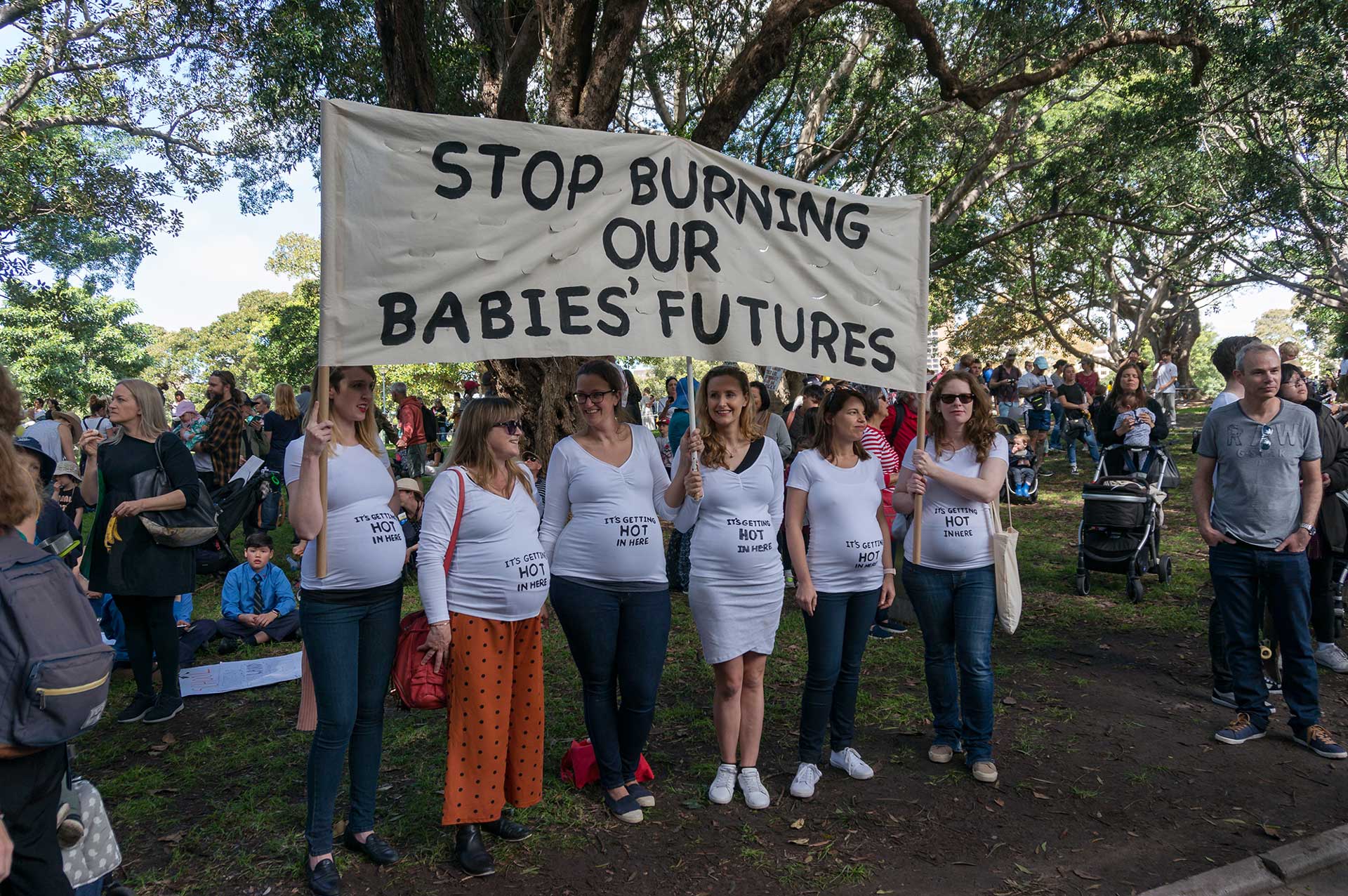 Pregnant women on a climate march in Sydney in December 2020. Researchers found a strong link between air pollution and heat exposure and the risk of pre-term birth or stillbirth. Photo: Courtesy of Olga Kashubin/Shutterstock

In October 2015, the American Academy of Pediatrics published a landmark technical report on the risks faced by the world’s children due to climate change (Ahdoot et al., 2015). The paper included the World Health Organization’s startling conclusion that “more than 88% of the existing burden of disease attributable to climate change occurs in children younger than 5 years”.

The implication – that so much harm would be focused on the very young – was a wake-up call for paediatricians and those who care for pregnant mothers. Was the climate crisis already endangering birth outcomes in the USA? At the time, the American College of Obstetrics and Gynecology (2018) had a position statement on climate change that noted “negative obstetric outcomes”, but no large reviews had addressed this question.

With colleagues, we decided to explore the medical literature from 2007 onwards. We discovered a large volume of data on pregnant women’s exposure to higher temperatures and to two types of air pollution related to climate change: fine particulate matter and ozone. Our initial explorations suggested that these exposures were frequently associated with pre-term delivery, low birthweight and even stillbirth.

For the next three years we analysed this data, applying rigorous exclusion criteria to try to clarify the extent of the association. In 2019, the Journal of the American Medical Association (JAMA) put out a call for papers on climate and health.

Although pregnant women and newborns were not among the vulnerable groups they listed, we decided to submit our findings.

In early 2020, we assembled the final results and were astonished. Of the 68 papers that met our criteria, 57 (84%) found a statistically significant association between at least one of these environmental exposures and birth outcomes. These were large studies, with a mean of over 560,000 births per study and a total of 32 million US births. We found positive associations in regions across the country.

We could not estimate the degree of increased risk, due to the diverse methodologies used. However, the level of agreement among such heterogeneous studies is itself strong evidence for an overall connection between climate change and adverse birth outcomes. In sum, this large and growing volume of data assert that climate change, through its effects on air pollution and heat, is already threatening newborns throughout the USA.

‘Of the 68 papers that met our criteria, 57 (84%) found a statistically significant association between at least one of these environmental exposures and birth outcomes.’

Black mothers are especially at risk

JAMA published our study (Bekkar et al., 2020) on 18 June 2020, at the height of the Black Lives Matter movement in the USA. This timing resulted in wide media attention for another aspect of our findings: over half of the studies on air pollutants noted that minority mothers were at higher risk of bad birth outcomes. Black mothers were most often found to be at higher risk: they were mentioned more than twice as often as the next most mentioned group, Latinas.

Our observation of apparent racial health disparity resonated with the previously known increased risk of black maternal mortality in the USA (National Partnership for Women & Families, 2018).

Our research was confined to studies of the US population, but other reviews that included non-US populations have found compatible results on both air pollution and heat exposures (Li et al., 2017; Zhang et al., 2017).

‘Minority mothers were at higher risk of bad birth outcomes.’

Other papers have also identified likely mechanisms by which these inputs could result in pre-term or low-birthweight infants as well as stillbirths (Saenen et al., 2015; He et al., 2018; Iodice et al., 2018). For example, Casey et al. (2018) found that when fossil fuel-powered electricity plants in California were shut down, rates of preterm delivery fell among pregnant women living nearby. This is evidence of a cause and-effect relationship, rather than a mere association. It also suggests that reducing exposures can bring nearly immediate benefits. 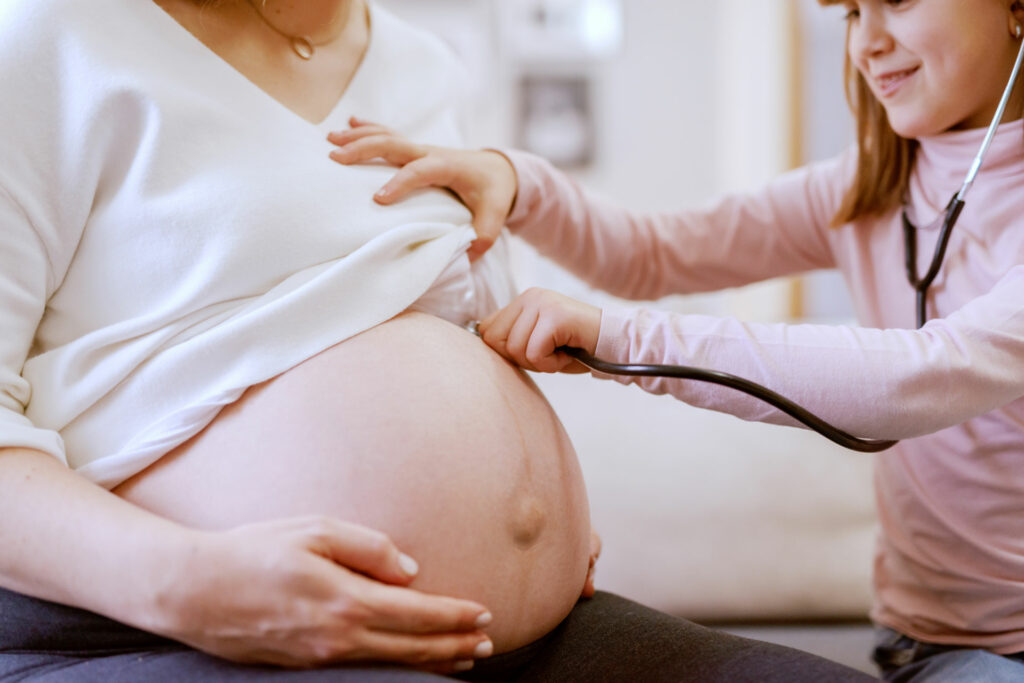 New research published since last June echoes our findings and clarifies critical windows during pregnancy, degree of risk, and the apparent synergism between air pollution and heat, which often occur together (Qiu, 2020; Kwag, 2021; Sexton, 2021).

Looking forward, more research is urgently needed to better measure individual exposures to heat and air pollution, identify high-risk populations, and determine how best to intervene. In the USA, a bill currently before the House of Representatives1 would provide research funding, improve physician training to detect environmental risk factors, expand public health messaging, and provide financial assistance for those who need it, to help reduce exposures at home.

‘Efforts are underway to harness healthcare professionals as “trusted messengers” to advocate for these policies and for other measures that can reduce pregnant women’s exposure to air pollution and heat.’

Local-level efforts to replace fossil fuels with renewable energy for both transportation and electricity generation are likely to yield substantial public health benefits well beyond pregnancy outcomes. Efforts are underway to harness healthcare professionals as “trusted messengers” to advocate for these policies and for other measures that can reduce pregnant women’s exposure to air pollution and heat (ecoAmerica (n.d.); Medical Society Consortium on Climate & Health (n.d.)). As climate change advances, it is critical to prevent future generations from being “weakened from birth”, a process that appears to have already started.

1 H.R. 957, a Bill to direct the Secretary of Health and Human Services to establish a grant programme to protect vulnerable mothers and babies from climate change risks, and for other purposes (the “Protecting Moms and Babies Against Climate Change Act”), introduced in the US Congress on 8 February 2020. Progress may be followed at: https://www.govtrack.us/congress/bills/117/hr957 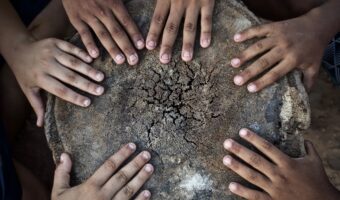