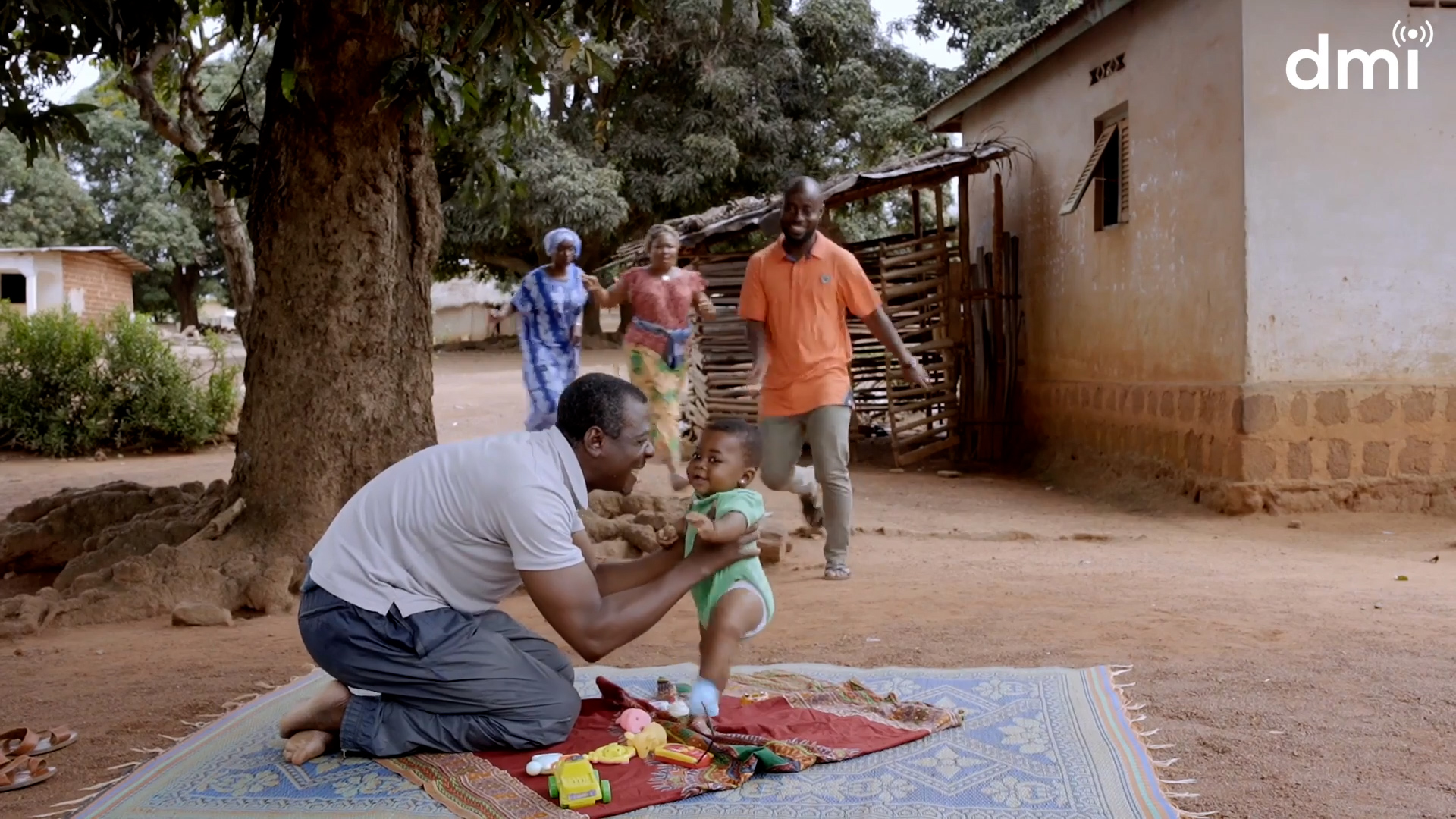 In cocoa-growing areas of south-western Côte d’Ivoire, children are at especially high risk of poor developmental outcomes. Children of cocoa farmers typically grow up in work camps and villages that lack the early childhood services or infrastructure usually found in urban centres, and their caregivers earn less than 2 USD per day (Balineau et al., 2016). In these vulnerable communities, children’s development can be facilitated by promoting their caregivers’ knowledge and practice of early childhood stimulation.

Development Media International (DMI) designed an intervention called ENFANCE to promote such interactions. We began by exploring caregivers’ knowledge and how they interact with their young children (from birth to 3 years) through extensive in-depth interviews and focus group discussions conducted in eight villages. The aim was to identify norms that appeared amenable to change, and the underlying beliefs. We identified the following beliefs:

The ENFANCE intervention was designed to encourage more responsive, playful and caring interactions between young children and their caregivers. It consisted of nine short live-action films, each lasting two to three minutes.

Radio listenership is high in our target communities, but most people have no access to television or the internet. However, many of them have smartphones and use them to share videos and music via Bluetooth (Food and Agriculture Organization, 2018).

We made short films hoping that they would go “viral” in local communities as people shared them with each other. Evidence shows that a message can be more persuasive when it is socially endorsed by a person someone knows (Dearing & Singhal, 2006).

“Evidence shows that a message can be more persuasive when it is socially endorsed by a person someone knows.”

The approach was based on a successful intervention conducted by DMI in Burkina Faso called Viral Videos. The nine films were shot in Côte d’Ivoire. We pre-tested all the film scripts with members of the target audiences to ensure they came across as culturally relevant and accurate in terms of storylines and characters. We shot the films in a village that was visually similar to those in the intervention areas.

South-western Côte d’Ivoire is ethnically diverse, and there is a strong appetite for audio-visual content in minority languages. We made the films in French and then had them dubbed into the seven most commonly spoken local languages in the intervention area: Baoulé, Bété, Guéré, Malinké, Moré, Wobé, and Yacouba.

The films focus on the relationship between brothers Angelin and Jean, and the competition between them to have the most intelligent children.

The actors use humour to engage the target audience and get the messages across. One film, for example, shows their mother thinking that her son Angelin has gone crazy when she finds him crouching in front of his laughing infant, clucking like a chicken and meowing like a cat.  Jean explains that this kind of responsive interaction helps the child develop.

We distributed the films on SD cards, so that people could view them on their phones without requiring an internet connection.

Early evidence of spread and impact

In partnership with Innovations for Poverty Action (IPA) and two independent researchers, we conducted a randomised controlled trial to assess the impact of the campaign on caregivers’ knowledge and children’s developmental outcomes. As part of it, we randomly selected 100 villages to receive the viral video intervention and a further 100 villages as controls. In the intervention villages, we also randomly selected “target” households with children aged under 24 months to receive the films on SD cards from village health workers. In total, we gave 1,000 SD cards to local village health workers to distribute directly to the targeted households, and an additional 1,000 cards to village leaders to distribute in a non-targeted way.

A paper detailing the results of this independent evaluation is expected to be published later this year. Preliminary results, however, suggest positive changes in knowledge and behaviours among caregivers in targeted households in the intervention villages compared to those living in control-group villages. In particular, they indicate that the campaign had an effect on increasing male caregivers’ involvement in stimulating interactions with their young children, and that there was a reduction in the prevalence of physical punishment.

Qualitative evidence also suggests that people enjoyed watching the films and shared and discussed them with family members, friends and neighbours and how watching the films led to changes in caregivers’ behaviours. As one female caregiver said: “My husband used to hit the children… They would say ‘Dad is coming!” and run off. Now, if the children have done something he doesn’t like, he says, ‘It’s okay’ and he is gentle. He is not like he was before.”

Encouragingly, the evaluation found that 29.4% of non-targeted households in the intervention villages had watched at least one video. This suggests that the viral video approach could effectively facilitate behaviour change at scale among isolated and vulnerable communities.

Sonali Wayal is a Senior Research Manager at Development Media International, London. She is a social epidemiologist with expertise and extensive experience in developing and evaluating public health interventions in high-, low- and middle-income countries.

Joanna Murray is Director of Research at Development Media International, London. She is an epidemiologist and has substantial experience of monitoring and evaluating behaviour change communications campaigns in low- and middle-income countries.

Bastien Michel is an Assistant Professor of Economics at Nantes University. He works on early childhood development and women’s empowerment, mainly in West Africa. He has more than ten years’ experience in public policy evaluation and, in particular, in conducting randomised controlled trials.

Samuel Kembou is a Junior Lecturer in Economics at the University of Lausanne. A Cameroonian national, he has extensive experience of living and working in Africa with leading development organisations. He supports the evaluation of innovative development interventions that promote child development, mental health, inclusive social protection and primary education.

Early childhood development at the heart of nutrition