First steps to make reading a routine in Jaffa 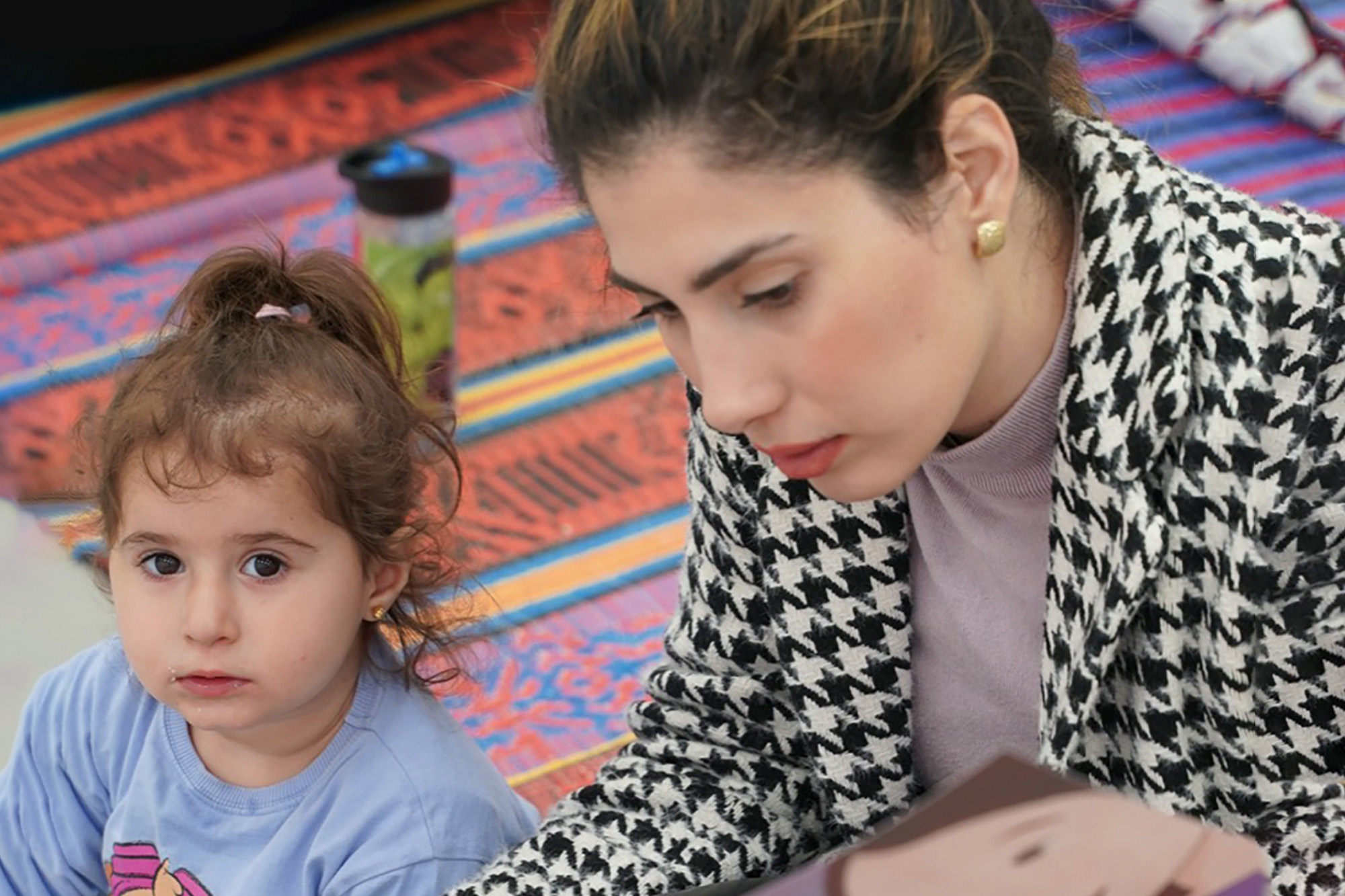 Jaffa Reads is a programme led by the Urban95 initiative in Tel Aviv, and the Tel Aviv-Yafo municipality, Israel that focuses on encouraging Arabic-speaking families living in Jaffa to read with their young children. The results of an intervention with 90 families point to the importance of working with the community at the planning stage and throughout the project. This helps to understand the context-specific barriers parents face, as a basis for applying insights from behavioural science.

Jaffa is an ancient port city and part of Tel Aviv- Yafo municipality (“Yafo” being the Hebrew version of Jaffa). It has a large Arab community, comprising about 40% of residents – a much larger proportion than for the municipality as a whole. We know that among this community there is widespread caution of the municipal government, and a reluctance to participate in activities we sponsor.

Much of the Arab population in Jaffa faces considerable socioeconomic barriers and many families are large. Parents find it difficult to find time or dedicate resources for activities aimed only at children in a specific age range. About half of children under the age of 3 do not attend any formal early childhood education. Additionally, there is little awareness in the community of the importance of education at this very young age.

Arab parents in Jaffa speak Arabic at home, but many have never learned to read Modern Standard Arabic – instead they learned to read Hebrew. There are also too few age-appropriate Arabic- language books available. As a result, parents in this community are less likely to read to their children, who are 2.5 times more likely to have delayed language development than children across Tel Aviv as a whole.

“To make reading a regular routine, we set out to create a programme that would support parents to read more often with their young children at home.”

To make reading a regular routine, we set out to create a programme that would support parents to read more often with their young children at home. We partnered with strategic consultants from Q Behavioral Thinking, the Jaffa Community Department, CET evaluation and Al Qasemi Academic College to design a behaviour-based intervention and monitor its results.

Workshops, nudges and a sense of community

The project included 90 families with children aged 2–3, divided into six groups. Each group participated in four weekly workshops, held in Arabic. These included dinner and a guided activity for the children, which allowed for some distraction-free time for discussions with parents.

In these workshops, parents shared their previous experiences of reading at home. Instructors explained the importance of reading, passed on tools and tips, and guided parents as they read with their children. The participants also received books to take home.

We believe that four factors were especially important in making the groups work.

First, we were able to build trust through personal involvement. One of this article’s authors, Nasra Shanir, is a member of the Arab community in Jaffa and works for the Tel Aviv-Yafo municipality. She was in charge of the project and personally persuaded the parents to participate, meeting them at each workshop and creating a sense of community around the project.

Second, we reached out to early education teachers to explain the project and ask them to help with recruiting parents. Some even came to the workshops during their free time. This was important, because Arab parents in Jaffa generally have a high level of respect for teachers, even if their own children do not go to kindergarten.

Third, we created WhatsApp groups for parents to share comments about the project’s activities and pictures of them at home with their children and books. This helped to build a sense of community and encourage more parents to read at home, as they saw their peers doing so. As one parent put it: “The group reminded me that there are other mothers and fathers in exactly the same situation.”

Finally, we used individual text messages as personal reminders. The messages encouraged and congratulated parents for their efforts, while reminding them of tips such as “it is enough to simply point and describe out loud what you see in the book: animals, colours, objects, people”. We sent the texts just before the children’s usual bedtime.

As one parent said about these nudges: “The messages give motivation and encouragement, you feel that it was sent to you personally … as if there is someone standing behind us and reminding us to read. It gives support.

Results were positive but faded with time

Almost every family who started the workshops came to all the sessions. We asked parents about their reading habits before the intervention, at the end, and again a month after it had finished. The results show that the programme had a large immediate impact, but this had weakened a month afterwards – although, encouragingly, some changes in behaviour did persist.

More parents read to their children after the programme but maintaining frequency is challenging. Source: CET/Q Behavioural Thinking

“Although the workshop was directed at mothers, our survey showed a large and enduring jump in the number of families reporting that fathers and older siblings were reading to the young children.”

For example, before the programme only 26% of parents reported having read with their children three or more times in the previous week. At the end of the programme that had jumped to 68%, but a month later it had fallen back to 30% – barely above the baseline figure. However, the proportion of parents who said they didn’t read at all during the previous week fell from 29% before the programme to 10% a month after: the lasting change appears to be a rise in the number of parents who are reading at least once or twice a week.

An unexpected but exciting result was that the intervention motivated additional family members to get involved. Although the workshop was directed at mothers, our survey showed a large and enduring jump in the number of families reporting that fathers and older siblings were reading to the young children. Before the programme, 11% of families said that the father had read to the child in the previous week, and 8% said that an older sibling had done so. A month after the programme ended, those figures had risen to 34% and 27% respectively.

One mother said: “I shared the things I learned in the workshop with my husband. I think it’s very good to share with those who live with you.” This aspect of the results has broader social implications and merits further study.

Challenges of sustainability and scale 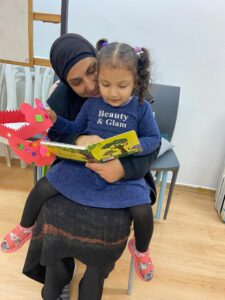 Overall we consider Jaffa Reads to have been a success, though the survey results tell us it will be important to continue these activities so that reading is adopted as a habitual behaviour.

In our view the most significant result of the programme was that it contributed to strengthening trust between the municipal government and Jaffa’s Arab community. Parents overwhelmingly appreciated the workshops and were willing to take part in follow-up activities. We hope this indicates potential to scale up and reach more children in Jaffa. For others considering similar work elsewhere, we believe the key lesson is working with the community to understand the context-specific barriers that parents face.

Keren Raz is the former manager of the Urban 95 Programme in Tel Aviv-Yafo municipality. Until recently, she led the partnership between the municipality, the Bernard van Leer Foundation and the Tel Aviv Foundation. Prior to that role, Keren worked as a strategic consultant focusing on urban socioeconomic development. Keren also took part in leading various social enterprises. She holds a master’s degree in public policy from the Hebrew University in Jerusalem. 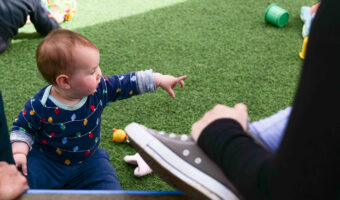 “We know what it means to be parents today, it is not easy”