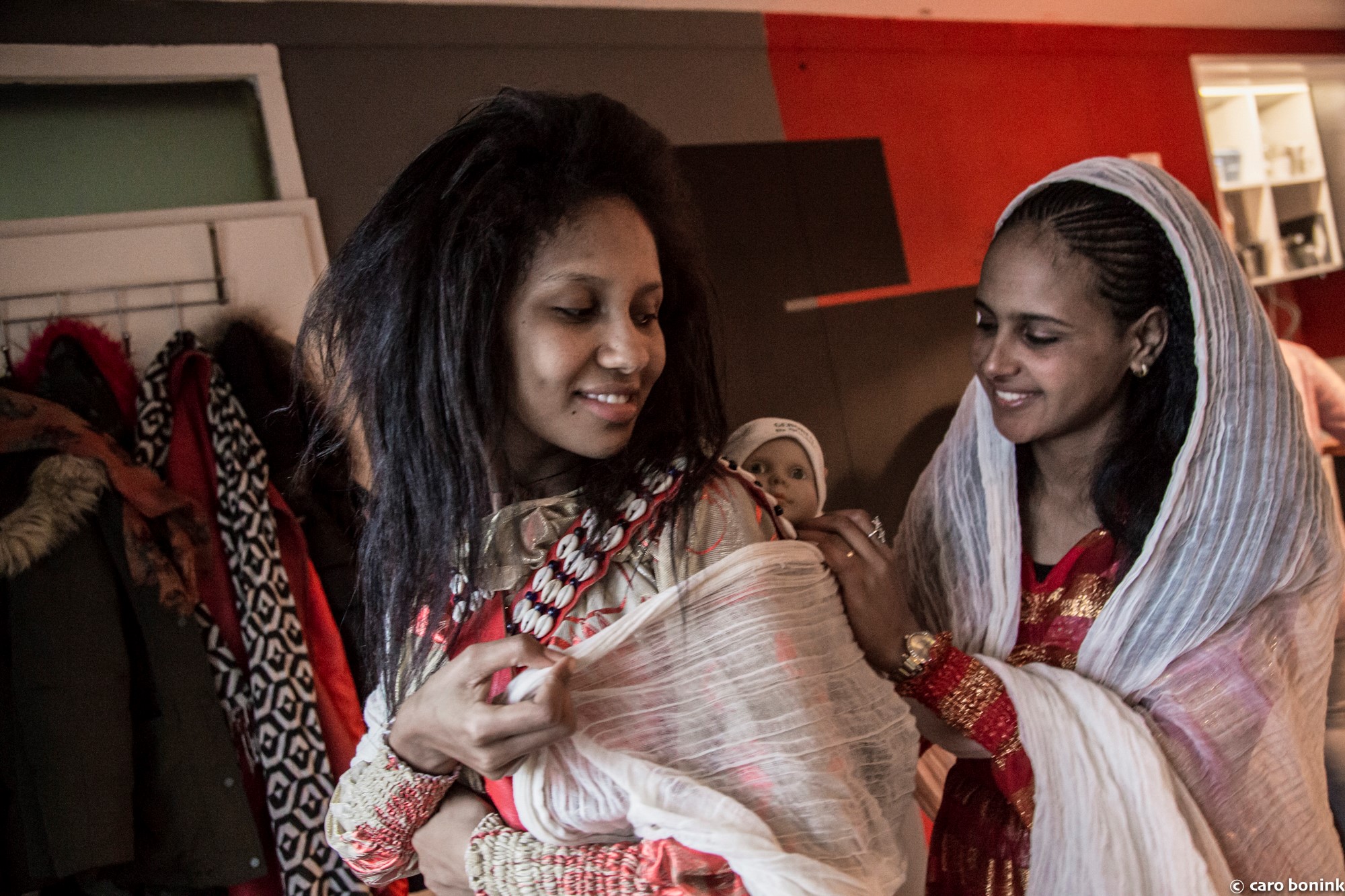 Eritrean women who recently arrived in the Netherlands experience a higher rate of complications in pregnancy than Dutch women. This is partly due to their traumatic journeys as refugees, but it is also typically seen with immigrant groups when cultural differences make it harder to communicate with health professionals. Our group-based work with Eritrean women in the Netherlands shows how an approach informed by behavioural insights can bridge the cultural divide.

Let us introduce ourselves. We are Amy and Anne. Anne is a midwife from the Netherlands with a degree in behavioural science. Amy is an interpreter and cultural mediator with a background in nursing.

In 2018 we joined forces and adapted the Centering Pregnancy model to help midwives and pregnant Eritrean women to overcome language and cultural barriers. Centering Pregnancy is a tried and tested model for delivering antenatal care to women in group settings.

During the pandemic, we experimented with online groups. They enabled us to reach Eritrean women who were not living in close enough proximity to each other to sustain an in-person group, and women who could not arrange childcare. So far we have run 30 groups in total, each of 10 to 15 women.

Most midwives, of course, don’t have degrees in behavioural science. But all midwives try to influence the behaviour of the women they work with – for example, to encourage healthy eating, informed choices about birthing, and preparation for providing nurturing care in parenthood. But most effective behavioural approaches for a Dutch woman and an Eritrean woman can be very different. 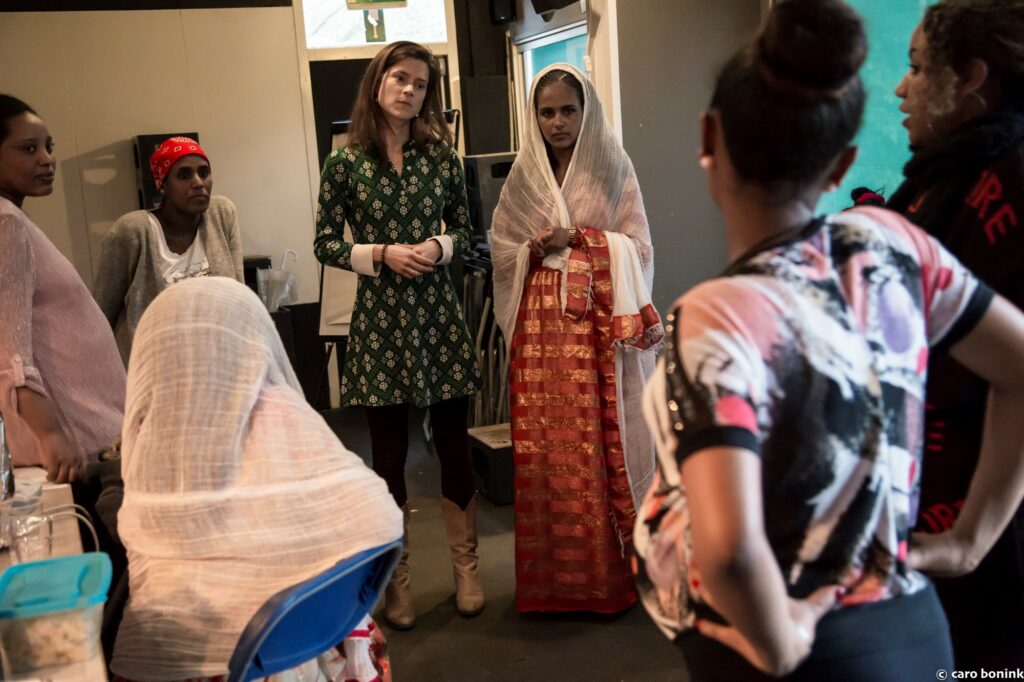 Why a cultural mediator is critical

It starts with recruiting women to join the groups. If you publicise a free government service, Dutch women tend to sign up – but Eritrean women do not. You have to contact them personally to explain what the goals are and persuade them it will be worthwhile. Many health professionals don’t appreciate this – they think it’s enough just to put up a poster.

We cannot emphasise enough the importance of working with a cultural mediator who understands the women you want to reach. For example, often an Eritrean woman will initially say she already knows everything she needs to know, so why should she join a group? We explain that she could really help other women in her community if she comes to the group and shares her knowledge.

All Centering midwives learn the importance of asking questions to guide women towards conclusions and better choices, rather than lecturing them. But to ask the right questions you need to have a strong sense of what base knowledge they start with. This is where you need a cultural mediator.

A good example from our experience is alcohol. When you talk to Dutch women, they will almost always know that it’s a bad idea to drink alcohol when pregnant, even if they don’t know why. With Eritrean women, if you did not know about the drink called suwa, you would completely miss out on having this important conversation.

Suwa is a home-brewed beer that is central to Eritrean culture and rituals, but many Eritreans do not think of it as alcohol – for them, “alcohol” is a different, European drink. Because they do not put “alcohol” into suwa, they think suwa is non-alcoholic. Most pregnant Eritrean women drink suwa routinely, and they initially dismiss the idea that it might be bad for their baby.

Humour is an effective tool to change their behaviour. We ask them to think about Eritrean weddings, and all the men drinking suwa. As they drink more and more, how does their behaviour change? What does that tell you about what kind of drink suwa is?

In these groups Amy talks to the women on their level, sharing how she too drank suwa when pregnant because her mother told her it would help the baby and she didn’t then know better. Anne joins in by sharing her memories of an Eritrean wedding she went to with Amy. These conversations unfold with laughter and reminiscences, and by the end most women in the groups are convinced to stop drinking suwa during their pregnancies. 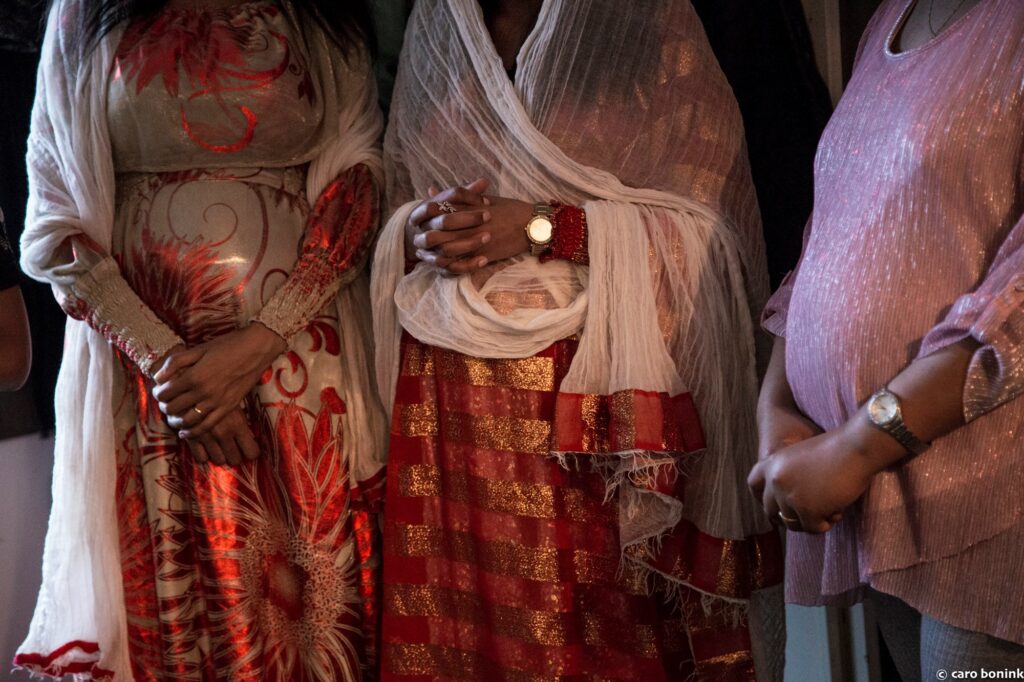 When we evaluate these groups, the women often say one of the main things that changed is that they feel empowered to ask questions. Dutch health professionals explain possible choices – for example, about how to give birth – and expect a dialogue.

Eritrean women typically expect to be told what to do. They also often feel a deep mistrust of authority figures, and are scared to ask questions even when they don’t understand.

“Humor is an effective tool to change their behaviour.”

Our groups provide a safe space to raise their concerns: for example, what are these iron pills I was given? Are they safe? What do they do? We give them tips on asking questions across language barriers. Many do not realise, for example, that they can ask for a translator, or ask the doctor to draw a picture.

Health professionals tell us that the quality of their interactions has improved as the women are now more engaged and ask questions. This is an important change, as feeling more confident about asking questions of authority figures will help the women to navigate Dutch culture and access the help they need from public services as they raise their child.

In response to demand from women in the Centering Pregnancy groups, we also started a pilot to run groups called “Centering Parenting” for new mothers, with a session for fathers as part of the programme. We took a bottom-up approach by asking what topics we should cover. These included legal processes and non-violent discipline – Eritrean mothers are often surprised by how the Dutch government expects them to act in certain ways, such as registering with public service providers and not using physical punishment. Both men and women felt that themes such as domestic violence and sexuality were better addressed during gender-specific group sessions.

While helping the women to navigate Dutch culture, we take care to validate positive pregnancy and parenting behaviours that are connected to Eritrean culture. When we ask about breastfeeding, for example, almost everyone in the group says they will breastfeed for at least two years.

We are currently working with scientific researchers to assess the impact of our work, with the hope of persuading more municipalities it is worth investing in. And we are advising on similar models for other communities, such as Ukrainian refugees who arrived in the Netherlands in 2022, and women in refugee camps. Although we believe in the strength of cross- cultural groups to broaden people’s networks, in some cases this can be a bridge too far: it is important to have culturally cohesive groups for Centering sessions, because this enables women to feel safe in speaking freely. We also emphasise the importance of session-by-session evaluation to learn and improve.

Anne Bedaux obtained a master’s degree in health promotion at the University of Maastricht. In 2011 she completed her midwifery training. Since 2016 she has been a trainer for the Centering model. “I believe in the strength of bringing women together in groups to share their knowledge and experiences. Everyone needs a safe place to have a healthy pregnancy and good start in motherhood.” She has a 2-year-old son and is expecting her second child.

Amy Welde Selase has been an interpreter and cultural mediator since March 2017. She is co-facilitating the online for Eritirean women in the Netherlands. Amy is married and a mother of three sons and a daughter. 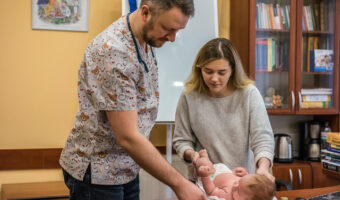