A growing cultural change in attitudes toward cars 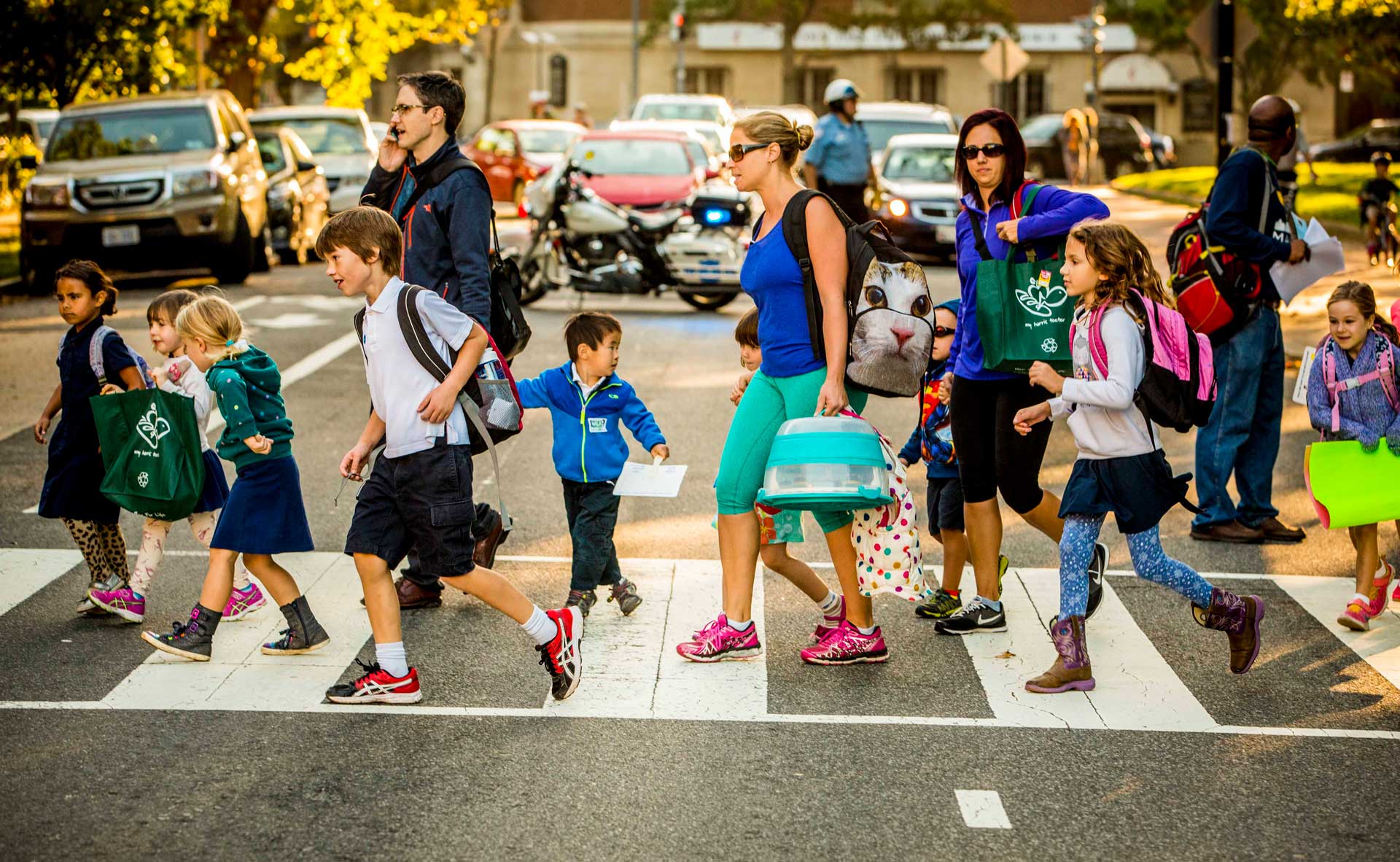 Reducing urban speed limits to 30 km per hour may seem like a dull, technical policy proposal, and on its own it will not solve all problems. But it can be the key to unlocking a range of responses to make our streets safer, healthier and more engaging for young children and their caregivers, while also benefiting the climate.

Coupled with other policy measures to encourage cycling and walking, low-speed streets encourage people to give up their private vehicles – or not to start using them in the first place. Walking and cycling are much safer when vehicles are travelling slowly: the risk of death in a collision with a vehicle dramatically decreases at traffic speeds below 30 km/h (Jurewicz et al., 2016). The FIA Foundation – a charity with an international membership of motoring and motorsport associations – is backing the Streets for Life campaign, which has 30 km/h urban speed limits as its flagship recommendation.

In addition to the increased safety brought about by reducing urban speed limits, a societal shift from car use to walking and cycling can also improve the general health of a population, through both greater exercise and improved air quality (UN Environment, 2016). It also helps to mitigate climate change: if all cities increased cycling to the levels of the best performers (around 15–20% of trips), urban carbon emissions could fall by an additional 7% by 2030 and 11% by 2050 – saving 300 megatonnes of global CO2 emissions (Institute for Transportation & Development Policy (ITDP) and University of California, Davis, 2015).

‘For children, streets shifted from being seen as a playground to a forbidden no man’s land.’

More broadly, the campaign to lower urban speed limits can also be a starting point for wider conversations to shift people’s understanding of the place of cars and children in the city. Many of today’s attitudes date back to the 1920s, when a cultural revolution began to transform the streets of the industrialised world as motor vehicles rapidly gained hegemony over people (Norton, 2008).

Amid rising public concern about the huge and increasing toll of dead and maimed pedestrians – disproportionately children and young people – motoring advocates in the 1920s set in motion a social and political re-engineering of attitudes. 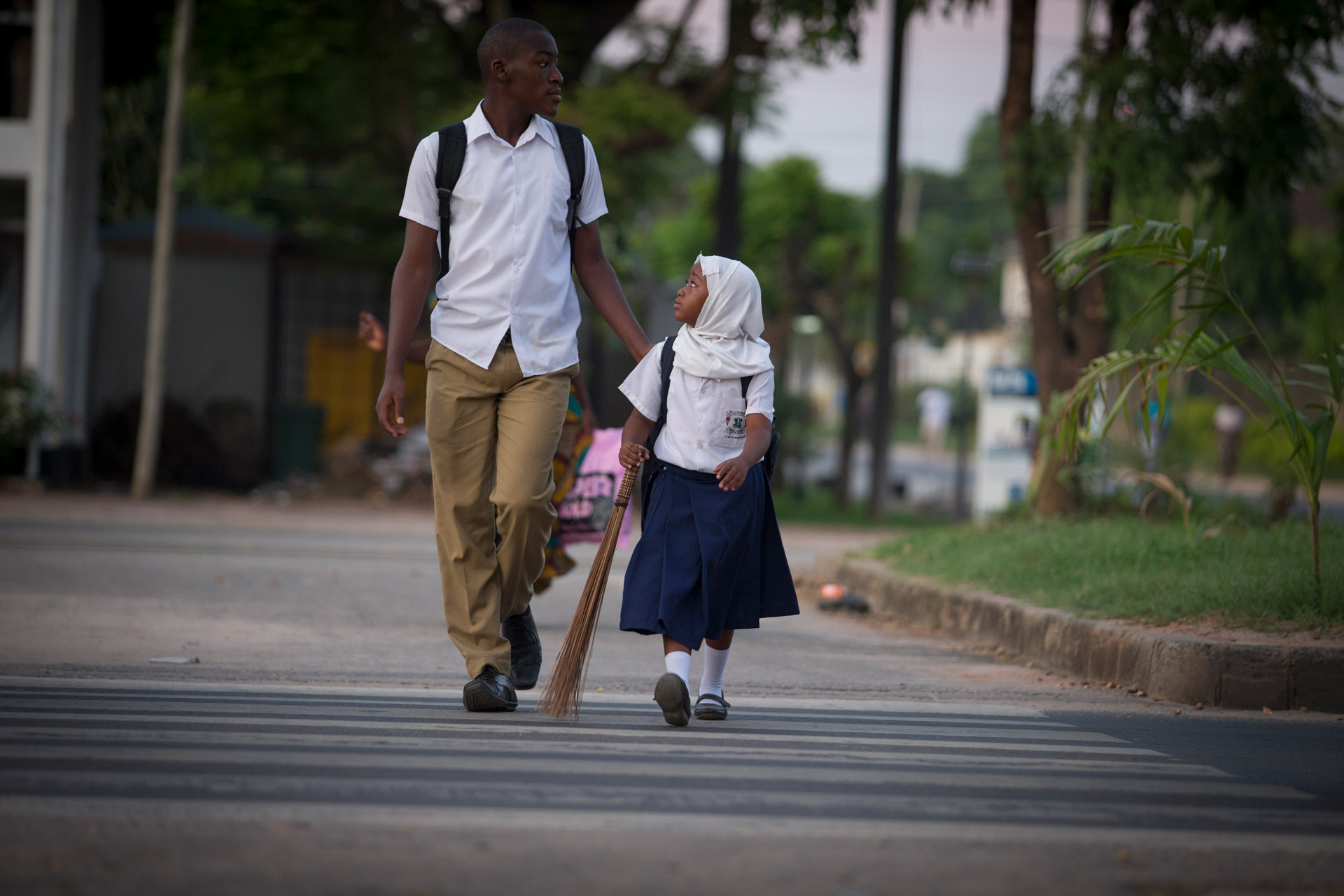 Even today, the first impulse of many well-meaning politicians or road safety advocates is to seize on child education as the solution. In effect, the message to children is “streets are for cars, stay safe by removing yourself from the public realm”. This has the unfortunate effect of putting the blame for road accidents on vulnerable potential victims, rather than asking what systemic change is needed so that children of all ages can feel free to play in and explore their streets.

Cultural transformation in the 2020s

Like the 1920s, there is potential for the 2020s to be a culturally transformative decade for attitudes towards motor vehicles and urban streets. This time, motoring organisations have the opportunity to play a positive advocacy role.

The FIA Foundation has launched an advocacy hub to back local Streets for Life efforts and in parallel we are supporting, with other organisations, the National Association of City Transport Officials Global Designing Cities Initiative to design “Streets for Kids” (GDCI, 2020). To inform our advocacy we commissioned researchers from the Overseas Development Institute (ODI) and the World Resources Institute (WRI) to examine how and why decisions on transport planning and budget allocations are taken in major cities of the global south (ODI, 2018). They found that overemphasis on individual behaviour of potential victims has the effect of transferring responsibility away from policymakers and making it harder to achieve meaningful systems change.

Inevitably, when wealth and privilege are challenged there is a backlash. But polling undertaken by YouGov for the FIA Foundation shows that measures to reclaim streets for children are broadly popular (FIA Foundation, 2020). There is growing momentum for a safe and zero-carbon agenda of low speed, creating urban streets where traffic and people can mix.

The Streets for Life campaign was launched in May 2021 by the United Nations, the World Health Organization (WHO) and a global coalition of NGOs. It sees default 30 km/h urban speed limits, wherever pedestrians and cyclists come into regular contact with motor vehicles, as the key to unlocking wider changes in how streets are used. Streets for Life’s Call to Action – signed by UN agency heads including Dr Tedros Ghebreyesus of the WHO, Henrietta Fore of UNICEF and Inger Andersen of the UN Environment Programme – makes clear the connection between action to make local streets more livable, and action for the planet (Child Health Initiative, 2021). It emphasises the needs and rights of children.

Bogotá was among the cities examined by the ODI and WRI for the political economy research we commissioned (ODI and WRI, 2018). It has bucked the national Colombian trend in road traffic facilities by taking a safe system approach to urban transport planning, explicitly connecting and explaining the various social functions of transport. Managing urban vehicle speed is at the heart of Bogotá’s approach. The city has also established a 500-km cycle path network, which has contributed to a ninefold increase in cycling as the activity becomes more accessible and pleasurable for children and families. The carbon value of cycling in the city has been found to be the equivalent of at least 55,000 tonnes of CO2 a year (C40 Cities Finance Facility, 2018).

Many other cities across the world are taking similar action (WRI and World Bank Global Road Safety Facility, 2021). At the beginning of a critical decade for climate change, the Sustainable Development Goals and the growth of cities, the Streets for Life campaign seeks to amplify their efforts. Cities can achieve multiple environmental and social benefits by investing in a people-centred agenda to create a network of walking and cycling connections, combined with public transport and planning policies to bring services close to neighbourhoods.

With more than half of the urban space anticipated to exist by 2030 yet to be built, we must prioritise the cause of shared and equitable access to our streets and public space, safe walking and cycling, and space for children to play and live. Getting this right is essential to the vision of an “ecologically safe and socially just” world (Raworth, 2017) that animates the Sustainable Development Goals. The road towards a revolution for people and planet begins on low-speed streets.