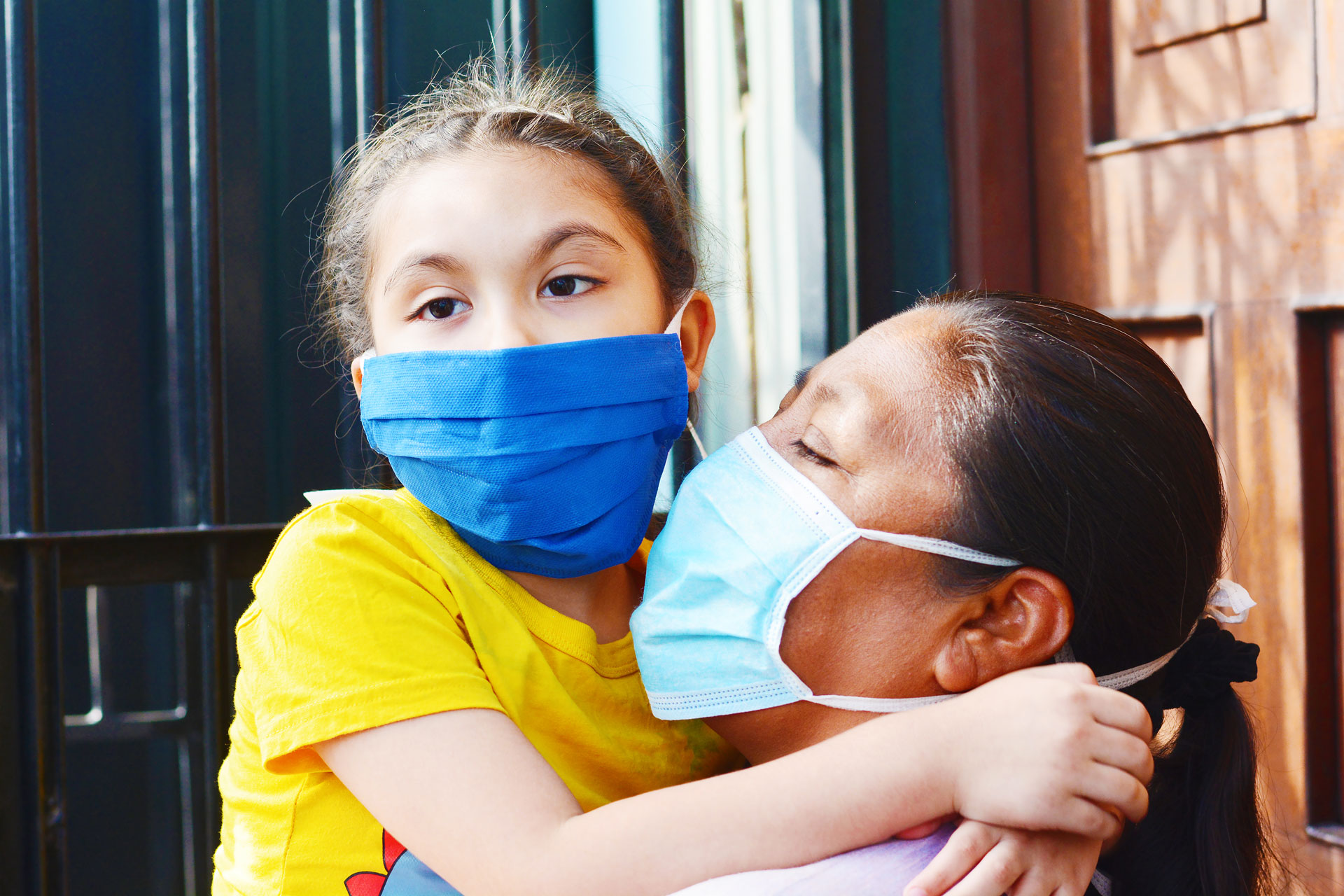 Currently some 750 children aged 4 and younger die annually in South America because of lower respiratory tract infections caused by outdoor fine- particle pollution, mostly from the burning of fossil fuels. The same pollution causes many more young children to be sick, increases asthma incidence, or reduces development of their lung function. Many of these lifelong impacts begin in utero.

At Aires Nuevos, a project formed in 2020, we’ve learned that the first step towards data-driven decisions that address these illnesses and deaths is to measure the quality of the air that children breathe. Many Latin American countries – and most cities – do not have a single monitoring station. The latest World Health Organization Assessment on Air Quality in 2018 showed that Argentina, Brazil and Peru had between 0.02 and 0.08 pollution-measuring sites per million people. This compares to between 2 and 4 per million in Canada and the United States. Latin American cities that do measure air quality typically do not make their data accessible to the public.

Between 2014 and 2018, the government of President Michelle Bachelet in Chile expanded the measurement of air quality across the country and used the resulting data to develop a national decontamination strategy. 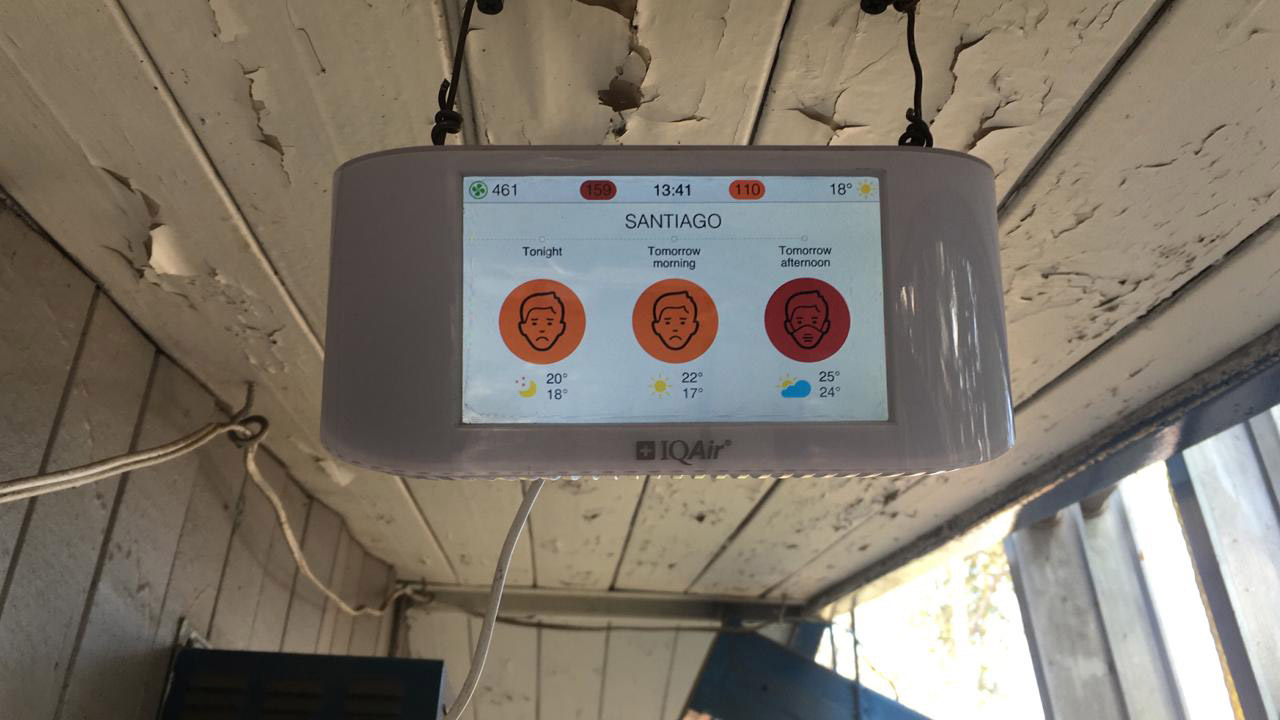 Monitoring air quality, then following up with strategies for atmospheric decontamination, seems to make an enormous difference. Between May 2014 and December 2018, a key measure of pollution, PM2.5, decreased by between 25% and 49%. Over the same period, the number of children up to age 4 who visited the emergency room due to respiratory symptoms decreased by 28%, and cases of bronchial obstruction fell by 74%.

Aires Nuevos was born out of these findings. At the end of President Bachelet’s administration three years ago, she founded a non-profit called Horizonte Ciudadano. In 2020, in partnership with the Bernard van Leer Foundation and the Children’s Investment Fund Foundation, Horizonte Ciudadano created Aires Nuevos, a 90-member network of Latin American leaders, to reduce children’s exposure to polluted air.

It is the first project in Latin America to engage citizens in measuring air quality, with the aim of minimising the effects of air pollution on young children. In collaboration with the Centro de Acción Climática at Pontificia Universidad Católica de Valparaíso, Aires Nuevos takes the same approach across Latin America that led to good results in Chile: improve measurements, then use the resulting data to generate solutions. 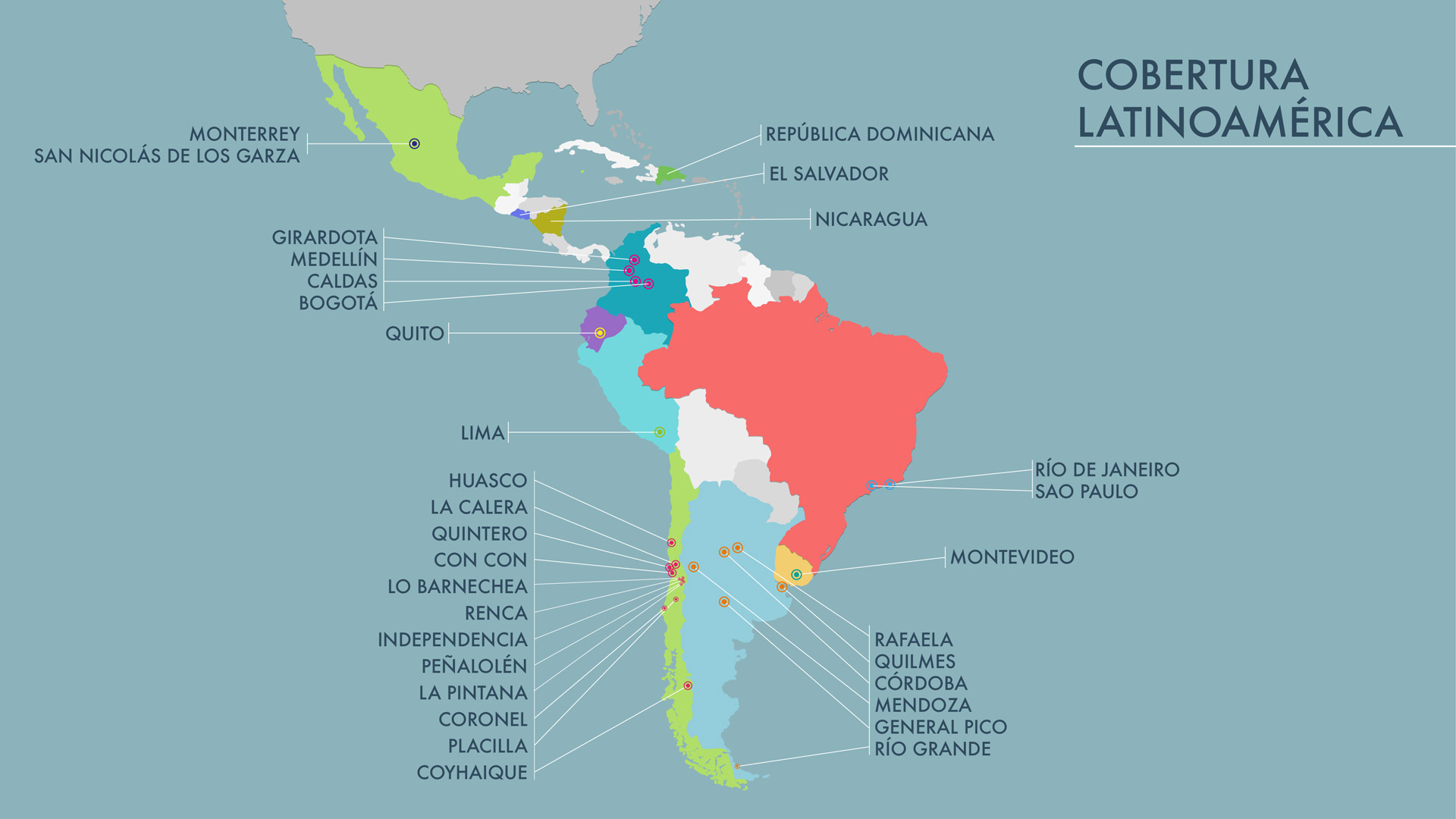 Currently, Latin America’s few official air quality monitoring stations are usually required to be located away from roads and other known sources of pollution, to prevent the readings from being skewed. However, children do not breathe air under such criteria! They breathe whatever air they encounter on their way to and in schools. A general assessment of air quality in a city is useful, but it needs to be complemented with location-based readings that have a specific focus on children’s exposure to pollutants.

To date, Aires Nuevos has delivered a total of 111 air quality sensors to municipalities and universities in eight countries: Mexico, Uruguay, Peru, Brazil, Argentina, Ecuador, Chile and Colombia. We’ve succeed in installing 95 monitors in 28 cities. Once they are installed, these sensors enable us to visualise the effects of air pollution on the health and development of almost 1.5 million children aged 4 and under.

Already we’ve seen that having more nuanced data can inform policy. A good example is the Chilean city of Coyhaique, which is estimated to be the most polluted in Latin America. Due to concern about air pollution, the city usually forbids schoolchildren to participate in physical education classes in winter, despite the fact that 27% of the region’s children are overweight. But real-time data from our sensors showed that air pollution peaks at night, when households burn wood. Pollution is much lower between about 10 a.m. and 3 p.m. We are currently using this data to work with Coyhaique’s municipal government, health services and schools to assess the best time for children to exercise outdoors.

Across Latin America, Aires Nuevos uses a bottom- up strategy that aims to make local residents feel connected to the issue of air pollution, and invested in the effort to protect children from it. To raise community awareness, our sensors generate real- time information on air pollution, which anyone can then view on the IQAir website or read using the IQAir app. In Mexico and Chile, we have already begun offering education on air pollution in communities with sensors.

In each city, Aires Nuevos has also established working groups that bring together political actors, university researchers and communities. Using the data generated by the sensors, these working groups will assess the effects of specific local policies, which might include diverting heavy diesel traffic away from the vicinity of schools; prohibiting vehicles from idling; and using nuisance regulations to curtail emissions from local industry.

Early evidence suggests that banning vehicles (including school buses) from idling near schools could have an especially significant effect. Looking to the longer term, evidence is building for accelerating the phase-out of internal combustion engines and moving toward zero-emission vehicles.

Above all, we want to demonstrate to Latin American countries and cities that action on air pollution is both necessary and feasible. Installing air quality monitors where children play and learn can be the first step towards making other crucial changes. 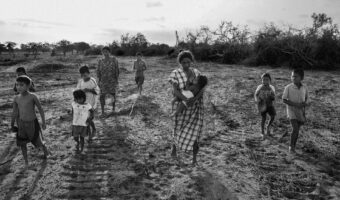 Children growing up on the move