Mental health and learning: BRAC’s response in Bangladesh during Covid-19 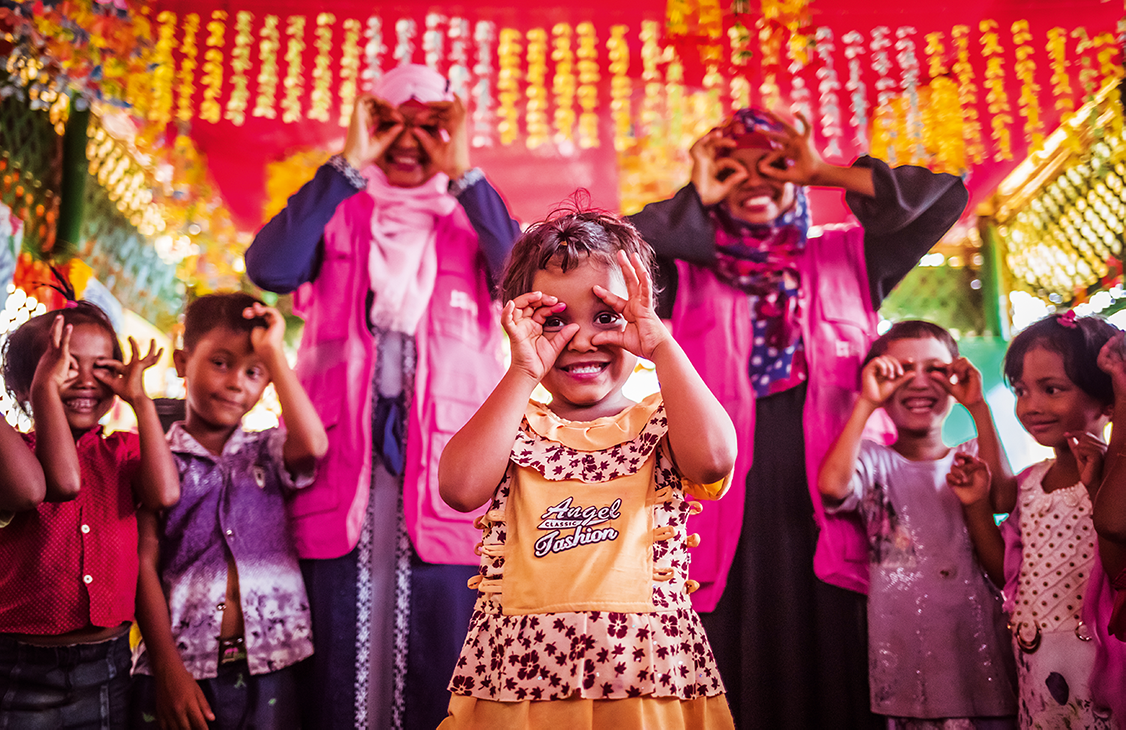 The bond between the Play Leaders and the Rohingya children helps to keep the children engaged in playful learning. Credits: BRAC Institute of Educational Development.

In response to Covid-19, in March 2020 the Bangladesh government, like many others, issued measures to restrict movement, which dramatically changed the world as everyone knew it. Offices, workplaces, schools and most shops were closed temporarily. People had to adjust suddenly to the challenging new realities of working from home, temporary unemployment, home-schooling children, and lack of physical contact with extended family members, friends and colleagues. At the same time, people had to manage the fear that they, or vulnerable people close to them, might contract the virus.

Providing psychosocial support became absolutely crucial during this time. Children are among the most vulnerable due to prolonged school closure. According to UNESCO, the education of nearly 1.6 billion pupils in 190 countries has so far been affected. School dropout rates are expected to rise in the near future. Combined with the other stresses of living in lockdown, this may have serious long-term consequences, including delays to children’s cognitive, emotional and social development. Since the poorest will be hardest hit by all of these effects, lockdowns are expected to widen existing inequalities across the globe, with repercussions for years to come.

BRAC, the world’s largest NGO, is built on the principle of standing with the most vulnerable, particularly in times of crisis. We realised the urgency of providing opportunities to children so that they could continue learning at home. BRAC developed several initiatives in response to the pandemic, including a telecommunication model called ‘Pashe Achhi’, which means ‘Beside You’ in Bengali. This model provides psychosocial support to parents and caregivers and engages with children through playful approaches to learning at home, aiming to mitigate the adverse effects of the situation on children and caregivers.

Before the pandemic, BRAC operated Play Labs for children aged 4–5 years in government primary school premises around Bangladesh. We also operated Humanitarian Play Labs for children from newborn to 6 years old in the Rohingya camps of Cox’s Bazar. In both the mainstream and humanitarian settings, young women from the community – or Play Leaders, as they are known – act as facilitators of a play-based curriculum that was created to promote children’s physical, cognitive, language, and social-emotional development.

In March 2020, as the government ordered educational institutions to be shut down, these face-to-face interventions could no longer operate. The mode of delivery had to be revised and adapted. Play Leaders and other frontline staff initially went door to door to spread awareness about Covid-19 and collect phone numbers, and then began to use mobile phones to stay in regular contact with families. BRAC soon learned that the children loved hearing from their Play Leaders, and these calls made caregivers feel more valued and safe.

In mid-April 2020, BRAC launched a nationwide telecounselling platform called Moner Jotno Mobile E, in collaboration with partner organisations Kaan Petey Roi and the Psychological Health and Wellness Clinic, to give psychosocial assistance to people who were affected by the pandemic situation. We then took the conceptual framework, ethical guidelines, safeguarding policies, scripts and call anatomy that we had developed to set up this service, and integrated it with our experience with play-based learning to create a remote curriculum for Play Leaders.

During the remainder of April, BRAC gathered 37 play-based curriculum developers and 37 psychologists to develop a curriculum integrating psychosocial support and play-based learning. Scripts were tailored to the learning needs of children of different age cohorts, both in the humanitarian setting of the Rohingya camps and in the mainstream setting in Bangladesh. The scripts were piloted with the different age groups, and refined based on feedback received.

The team then trained frontline staff – in total 211 project assistants, project organisers and para-counsellors – who in turn trained Play Leaders, with the help of the scripts on audio files. It was important for trainers at all levels to understand the importance of empathy and actively listening to parents and caregivers. The training stressed that staff were not just going through calls with beneficiaries, but were there to listen to them and support them.

‘BRAC soon learned that the children loved hearing from their Play Leaders, and these calls made caregivers feel more valued and safe.’

Training for all facilitators was conducted throughout Bangladesh over four days at the start of May, and the model was launched on 7 May. Play Leaders began to call families every week to engage in a 20-minute conversation based on the scripts developed, which are simple and do not change much week to week:

The callers have been trained on maintaining transparency about the safeguarding and ethical guidelines they must practise. All staff making calls have to sign up to the safeguarding policies, and every person receiving the calls has the right to opt out. At the time of writing, the intervention has reached 80% of beneficiaries in the Rohingya camps and more than 90% of beneficiaries in the host community.

A research strategy is being developed for collecting data to ensure quality of delivery of the calls. The model is also being adapted to engage fathers, with the launch planned for the end of 2020. It is expected that the Pashe Achhi model will operate until the end of 2020 and beyond.

The importance of innovative solutions

As the pandemic puts the world in uncharted territory, it has been necessary to rapidly develop innovative solutions tailored to the needs of particular communities for psychosocial support and to meet the learning needs of vulnerable children. BRAC’s initiatives are simple, contextualised, and scalable. They aim to reach as many beneficiaries as possible, and show the need for individuals, institutions and countries to be flexible and creative as everyone adapts to the ‘new normal’.

ACKNOWLEDGEMENTS: BRAC Institute of Educational Development would like to acknowledge the support of their partners Education Cannot Wait (ECW), The LEGO Foundation, Porticus, Sesame Workshop (SW) and the Yidan Prize Foundation in the development of the Pashe Achhi model. 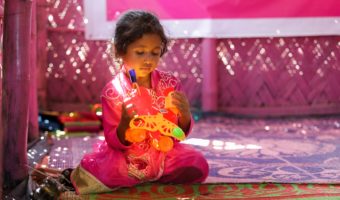