Perinatal depression is defined as a depression that occurs between the beginning of a pregnancy and the postpartum period. It is a significant public health issue that affects mothers, their children and all family members, but tends to go under the radar in terms of detection and treatment (Committee on Obstetric Practice, 2015; O’Connor et al., 2019). Chilean studies show that around 10% of pregnant women suffer depression during pregnancy, compared to 13% in international studies. However, this can increase to one in three if anxiety symptoms are also considered (Jadresic, 2010).

Perinatal depression is a common and disabling disorder that occurs during or after pregnancy. Postpartum depression (PPD) is the best-known form of perinatal depression. Studies in Chile have reported an incidence of between 8.8% and 9.2%, and a lifetime prevalence of 20.5% – that is, around one in five mothers will experience PPD after one of their births. There is an inverse relationship with socioeconomic means: women with lower income have about three times the risk of suffering PPD (Mendoza Bermúdez and Saldivia, 2015).

Perinatal depression can have lasting and even permanent consequences for the physical and mental health of the mother–child dyad. Such consequences can produce family dysfunction, higher risk of child abuse and neglect, delayed child development, perinatal obstetric complications, difficulties in breastfeeding, and more healthcare expenses. PPD can alter the interaction and bond between a mother and her child, which can provoke long-term physical, emotional, cognitive and social development issues in the child (Earls et al., 2010). PPD can also affect a couple’s relationship and constitute a risk factor for paternal depression (Misri, 2018).

It is crucial to investigate perinatal depression in a timely manner because it is a disease that responds well to treatment, which can help to avoid the most severe consequences (Jin, 2019).

Investigating and treating PPD in Chile

Since 2000, Chile has had a National Programme for the Detection, Diagnosis, and Comprehensive Treatment of Depression (Ministry of Health, 2009). Since 2006, Chilean law has included depressive episodes in the list of conditions for which timely care is guaranteed through the GES (Garantías Explícitas en Salud), a system which makes public health insurance available to all who do not have private insurance (Escobar and Bitrán, 2014). This means that, with a confirmed diagnosis, all beneficiaries 15 years of age and older will have access to treatment from a specialist within 30 days with a maximum co-pay of 20% (about 75 US dollars per year) (Superintendencia de Salud, online).

In 2009, the ‘Chile Crece Contigo’ (‘Chile Grows With You’, CCC) programme was institutionalised, with the aim of making inter-sectoral public policy to promote comprehensive child development. It comprises both universal services and special support focused on cases of greater vulnerability in pregnancy, birth, and childhood up to age 9. CCC works via the public health system, with children enrolled during the mother’s first pregnancy check-up.

‘Factors that encourage mothers to ask for help include having suffered prior episodes of depression and undergone treatment, the motivation to be healthy for the well-being of the child, and awareness of the sensation of psychological distress.’

Through CCC, primary care centres conduct psychosocial assessments of pregnant women and new mothers using a scale that measures nine risk factors, including depressive symptoms (Cordero and López, 2010). Primary healthcare teams use a manual developed by the Ministry of Health (MINSAL) to accompany women during check-ups through pregnancy, birth, and newborn care (Ministry of Health, 2008). It includes a flowchart for the detection and treatment of PPD, using the Edinburgh Postnatal Depression Scale to assess mothers at routine check-ups two months and six months after the birth (Ministry of Health, 2009; Alvarado et al., 2015).

Pregnant women with a confirmed case of depression receive a house call which aims to evaluate the risk of suicide, encourage psychological and/ or pharmacological treatment, and educate them about the psychology of postpartum depression and options for follow-up (Ministry of Health, 2009).

Screening for PPD achieves high coverage and is well accepted. Nevertheless, studies show that this does not necessarily translate into starting treatment, as mothers face multiple barriers to seeking help and accessing services (Rojas et al., 2015). These include difficulty in defining psychological problems as a disease, lack of a support network, and fear of being categorised as ‘crazy’.

The barriers are associated with negative beliefs about depression, maternity, and psychological care – for example: the belief that depression can be overcome with willpower; mental health problems and intra-family violence; mothers’ fear of being rejected by their families, or the fear that their baby will be taken away; and shame in accepting their feelings of rejection of their child. Socio-cultural contextual factors also contribute to stigma.

Factors that encourage mothers to ask for help include having suffered prior episodes of depression and undergone treatment, the motivation to be healthy for the well-being of the child, and awareness of the sensation of psychological distress.

Some factors are specific to their doctor’s practice. For example, they are more likely to access help if they feel confident in the personnel at the healthcare centre, and positive about the care they have received there; if the surgery’s opening hours are convenient; and if they feel a sense of support when receiving the PPD diagnosis. Other factors relate to a woman’s support networks: the support of loved ones, feedback from others about their mood, and suggestions from a close family member (such as a mother or sibling) that they seek help.

Despite advances in recent years, Chile faces three main challenges to improving screening for and treatment of perinatal depression.

First, it is important to develop strategies to prevent and diminish barriers to accessing treatment. These could include:

Second, it is necessary to improve the detection of symptoms, including by educating people about PPD and the need for timely diagnosis and effective treatment, and by continuously training healthcare personnel.

Finally, domestic PPD research needs further investment to generate more knowledge. Specific areas for research include approaches to the investigation, care, and follow-up of teenage mothers, including validation of instruments for timely detection in this age group; and improvements to the use of domestic registry systems to organise timely action according to the local situation.

In conclusion, Chile is a regional leader in universal screening and the possibility of universal access to perinatal depression treatment, and its achievements deserve to be highlighted. Nevertheless, improvements are needed in processes and access to treatment for women with PPD in order to improve their recuperation and quality of life, for the benefit of mothers and the next generation. 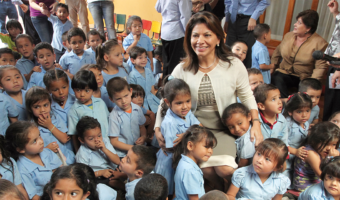