Still image from The Beginning of Life 2 – Outside movie that explores how children experience the natural world. Credits: Maria Farinha Filmes.

Until two or three decades ago, childhoods were spent mostly outdoors, in the street, in parks or on the empty patches of land that existed on the outskirts of neighbourhoods and cities. In a gradual exercise of exploration – which began in the backyard of houses and expanded into public spaces in the open – girls and boys lived experiences that sharpened their senses, fed their imagination and challenged their physical limits.

Research increasingly shows that contact with nature is essential for children’s healthy development in other ways. It offers countless possibilities to learn about the world and each other. However, as urbanisation gathered pace, childhood changed. The natural world is increasingly less present in the lives of babies and urban toddlers. The consequences are significant: for example, studies have linked lack of access to urban parks with with higher rates of childhood obesity (Wolch et al., 2011).

We need to create incentives for the emergence of a culture that values children’s contact with nature. We at Alana Institute believe in the power of entertainment to create awareness that can change the way people think about the world. Our experience has shown us that documentaries are effective in catalysing changes in culture: powerful and inspiring stories can be tools of empathy and transformation.

In 2016, we joined with the Bernard van Leer Foundation, Maria Cecilia Souto Vidigal Foundation, and Unicef to develop the film The Beginning of Life. As of June 2020, more than 8.7 million people around the world have seen its dramatic depiction of the importance of relationships in the first years of a child’s life.

We are now launching a sequel, The Beginning of Life 2 – Outside1. The new film explores how children experience the natural world, and follows initiatives in several countries that promote reconnection with nature. These include the Boa Praça Movement in Brazil, which mobilises citizens and other stakeholders to occupy city squares and reclaim them for their original purpose of inclusive leisure; and Asociación para la Niñez y su Ambiente (ANIA), a non-profit association in Peru that creates tiny areas – just half a square metre – for children to nurture and observe biodiversity.

The film will be accompanied by a behaviour change campaign for families, youth, doctors, educators, environmentalists, urban planners, activists, and public managers. We are currently building a series of interventions to support a clear call to action for each of these audiences: for example, this could include asking families to download an infographic of outdoor things to do and tick them off after doing them; or asking paediatricians to display a poster in their waiting room with the message that contact with nature helps to improve children’s health.

Our strategy includes tailored short clips and other content; media engagement; a distribution strategy that combines movie theatres, festivals, video-on-demand, television channels and Videocamp, a platform that enables the organisation of free public screenings; promoting debates among policymakers; and engaging influencers and celebrities. We will draw on our outreach experience with The Beginning of Life, which included Unicef using the film as the centrepiece of one of their global campaigns, and partnering with São Paulo’s court system to use the film to raise awareness about children’s legal rights.

1 Again in partnership with Maria Farinha Filmes and Flow, and with additional sponsors including Boticario Group Foundation, UN Environment, Maria Cecília Souto Vidigal Foundation, and the Children and Nature Network. 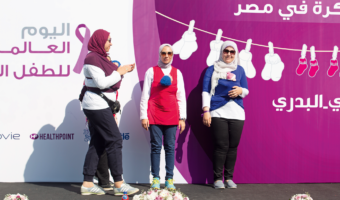 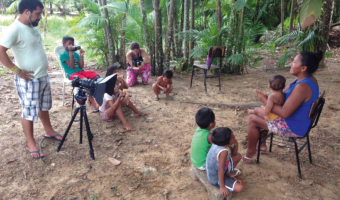