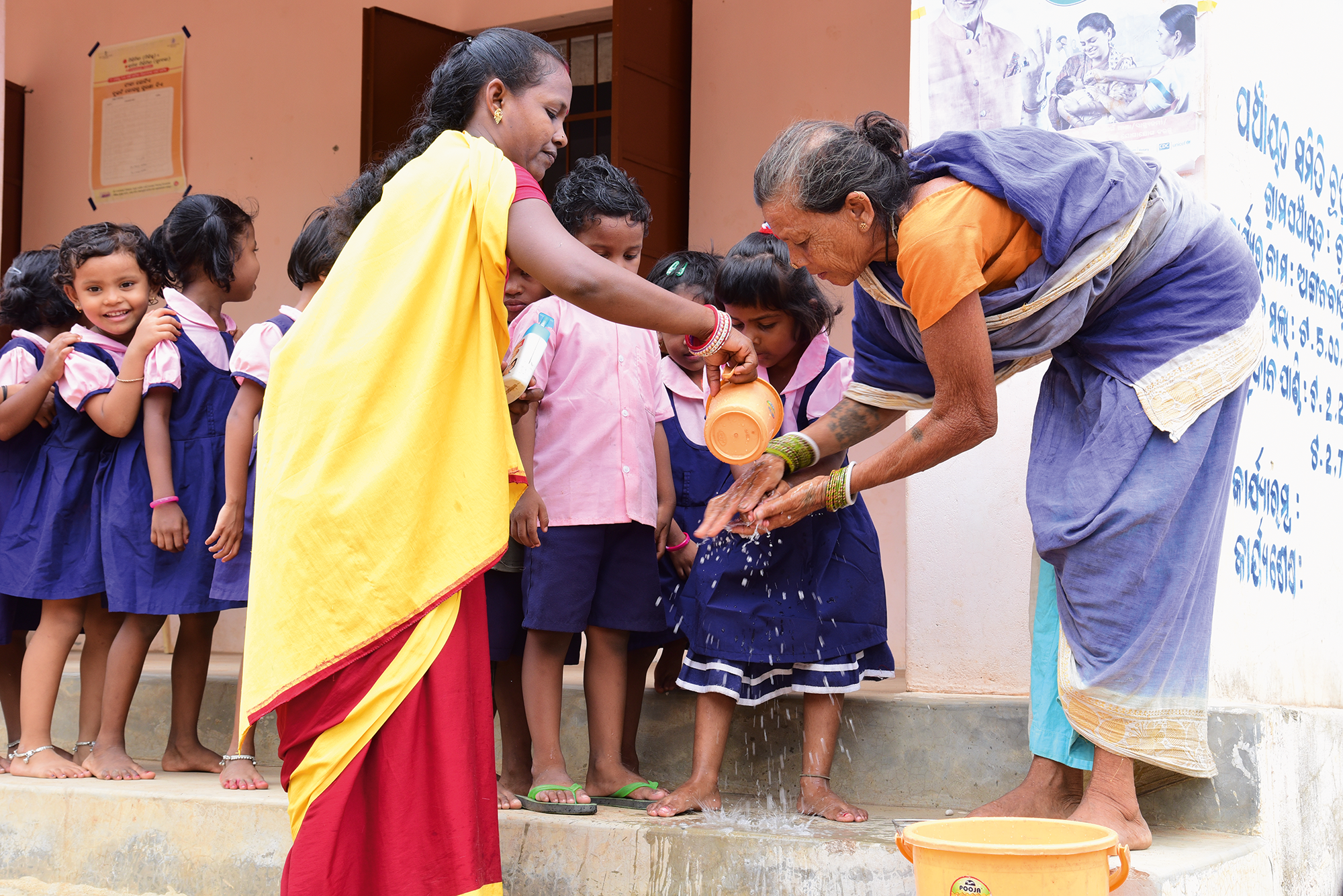 Phulamani Jani always wondered if she was doing the right thing in teaching young children in Kuvi, the language of the Kondh tribe, rather than Odia, the official language of the Indian state of Odisha. Phulamani works at the anganwadi centre in Putsil, a remote village in Koraput district comprising just 78 households, over 12 hours by road from the state’s capital, Bhubaneshwar. Anganwadis, or childcare centres, are run by the Indian government’s Integrated Child Development Services scheme. Early childhood education for children aged 3 to 6 years is part of their mandate.

Phulamani had observed that the children were more engaged and learned more effectively when she spoke in Kuvi, the language they speak at home with their families. But would it be better to speak in Odia, the language the children would encounter when they started primary school? Some community members thought so.

Between 2016 and 2020, the state of Odisha implemented a four-year programme to scale-up mother tongue-based early childhood education and parenting. The Mother Tongue-based Early Learning and Parents+ (MTELP+) programme is a partnership between the government of Odisha’s Department of Women & Child Development, Mission Shakti and the Bernard van Leer Foundation, which established a Programme Management Unit to provide technical support.

The collaboration aimed to strengthen the skills and capacity of workers at 7202 anganwadis – along with supervisors, managers and policymakers – to deliver high-quality mother tongue-based early learning and parenting programmes to 180,000 children across 12 of the state’s 30 tribal districts. Phulamani was among the participants in one of the first training sessions held under the programme, during the summer of 2017. ‘That is where I got to know and understand the scientific concepts, rationale and validity of transacting in mother tongue at preschool level,’ she says.

Odisha is home to 8 million people from tribal communities, including 1.4 million children under the age of 6. Each tribal community has its own language, rich customs and lifestyle. As a result the state is highly linguistically diverse, with a total of 72 mother tongues. The literacy rate among tribal communities is 37%, compared to 63% for the state as a whole (data from the Multi-Lingual Education Policy and Implementation Guidelines for Odisha, Government of Odisha, 2014).

The poor educational performance of children from tribal communities is linked to the language barrier they encounter when they begin formal education. Children from tribal communities grow up speaking with their peers and families in their mother tongue. When they start preschool or primary school, they find that the teachers are speaking the official state language, Odia. This means that tribal children are initially unable to understand much of what teachers say.

Research shows it takes children nearly three years to comprehend the language of the teachers and textbooks. Their parents often do not persevere with their children’s formal education, putting them at risk of dropping out of school early. 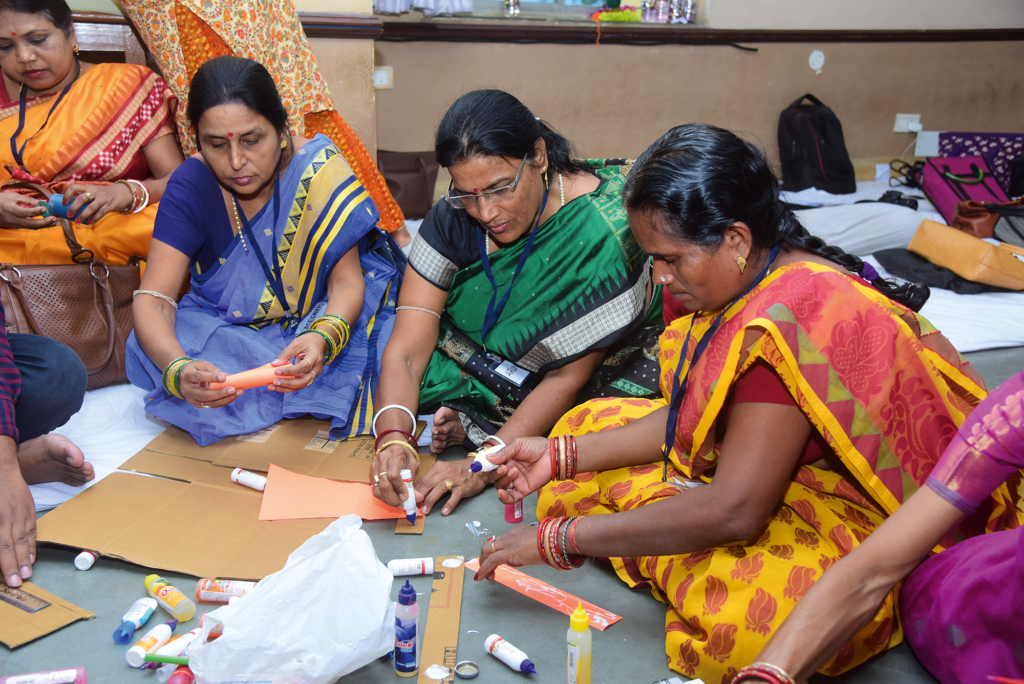 Mother tongue-based bilingual programmes allow children to learn in their first language, promoting understanding and participation in the classroom setting. Later they can gradually transfer skills from their familiar language to the unfamiliar one. Studies show that such programmes make children more likely to succeed in school (Kosonen, 2005) and develop greater literacy in other languages (National Council on Educational Research and Training, 2011), while their parents are more likely to communicate with teachers and participate in their children’s learning (Benson, 2002).

India’s government explicitly recognises the benefits of mother tongue-based education, for example in the National Curriculum Framework 2005 and the Right to Education Act 2009. Following consultations with the national government in 2005, the government of Odisha adopted multilingual education in 2006 and constituted a state tribal advisory committee. It introduced 10 of the state’s most widely spoken tribal languages as a medium of instruction in over 500 public schools.

‘The poor educational performance of children from tribal communities is linked to the language barrier they encounter when they begin formal education.’

In 2011, the Odisha government’s primary education authority attributed the poor educational performance of tribal children to the language barriers they encounter in preschools, focusing attention on pre-primary education and the anganwadi system.

Building on these experiences in schools and early childhood pilot programmes, the government and Foundation worked together to scale-up mother tonguebased learning through the MTELP+ programme.

Challenges to scaling were manifold. The first was to decide which languages to prioritise from the 72 spoken by the state’s varied tribes – ten were chosen. Next it was necessary to find people with the right linguistic and cultural backgrounds to develop the early years curricula in the ten languages, and source content from the relevant communities, such as stories, lullabies and cultural practices, to create appropriate teaching and learning materials.

Staff with the right skills also had to be found for the 16-person unit that was set up to implement the programme. Programme design had to overcome barriers of language and geography, as many tribal communities are in remote, hard-to-reach areas. Many of the workers at anganwadis lacked intensive training in early childhood care and education, so the programme had to focus more widely than mother tongue-based aspects.

As well as training 7202 frontline workers, the programme needed to strengthen monitoring and mentoring capacities at all levels. During the four years, MTELP+ also trained 1200 supervisors in the 12 intervention districts on mother tongue-based early learning and parenting. It provided specialised training to child development officers from all 30 districts, and trained over 200 state- and district-level master trainers and officials from the Integrated Child Development Services with the aim of institutionalising training capabilities in existing government systems.

Working closely with government personnel and early childhood experts, the programme consulted with community members and parents in the remote tribal districts. It held community workshops to gather information to inform developing the training modules, low-cost and culture- and contextspecific teaching materials, and communications materials with appropriate messaging for tribal communities.

‘Mother tonguebased bilingual programmes allow children to learn in their first language, promoting understanding and participation in the classroom setting. Later they can gradually transfer skills from their familiar language to the unfamiliar one.’

Both qualitative and quantitative data bolstered MTELP+ throughout. A baseline survey of the 7202 anganwadis, conducted by the Centre for Early Childhood Education and Development (CECED) at Ambedkar University, informed the programme’s design. Day-to-day coordination with officials in the intervention districts allowed mentoring support to be tailored to local requirements.

Programme unit coordinators fed back observations from remote districts during regular meetings with top officials in the Department of Women & Child Development in Bhubaneshwar. This helped to identify opportunities, challenges, bottlenecks and actions that could help.

Leaders at all levels of government were invested in the successful implementation of MTELP+. Officials and representatives visited the training sessions in Bhubaneshwar and the districts, and travelled to far-flung anganwadis to see the programme in action. Regular visits by the government’s child development project officers and supervisors and the programme unit’s district coordinators – along with monthly monitoring and mentoring – helped frontline personnel to feel supported and perform their duties better.

Results and next steps

An endline study, conducted by the Centre for Early Childhood Development and Research at Jamia Millia Islamia University, New Delhi, found significant improvements compared to the baseline in a range of areas. For example:

Best practices from MTELP+ are now being institutionalised. The department’s website includes all learning materials developed under the programme. Government training and job courses for anganwadi workers and supervisors include parenting, brain science, and mother tongue-based learning in the curriculum. Current deliberations in the department include how to further scale-up the programme to all the 72,587 state anganwadis and strengthen existing government training. The department is looking to further expand the parenting components of the programme in all anganwadis, which can serve as effective platforms for parental and community engagement.

Sustaining the programme’s improvements will require follow-up and refresher trainings. It will also be necessary to find ways of reaching tribal children whose mother tongue is not among the ten initially covered, or who live in areas where tribal communities are more scattered. The government of Odisha is planning to expand the programme to develop curricula in five further languages, as many anganwadis have children from multiple linguistic backgrounds.

Back in Putsil, after the training Phulamani Jani ensured that her anganwadi had all the required teaching and learning materials, purchasing some from the market and preparing others using locally available resources. She began to compose songs herself in the Kuvi language. One community member remarked: ‘Our children who have been cared by Phulamani are doing better in schools. They have been performing well. We could not have expected any better.’ 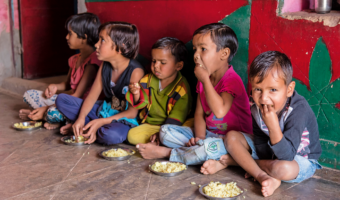 Business matters: engaging the private sector to give young children a healthy start in life