Nudges with humour include talking to adults as “former babies” 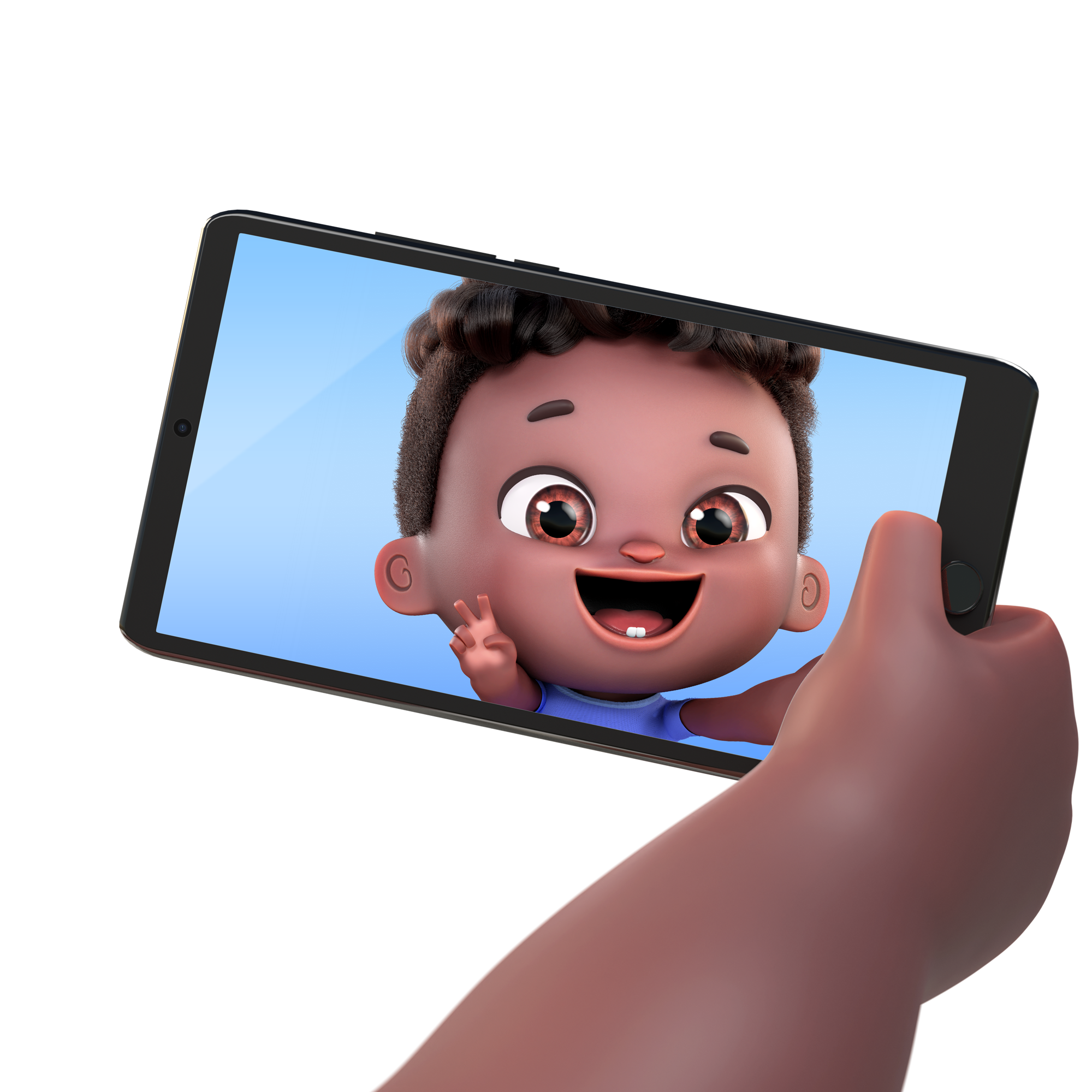 How many of us know that exercising regularly promotes physical and mental health – and yet, how many of us actually exercise regularly? Behavioural science proves that knowledge is not synonymous with putting what you know into practice. The same is true of parenting. At the Maria Cecilia Souto Vidigal Foundation, we set out to create an effective campaign, both simple and scalable, that would help remind people to put into practice with their young children the behaviours they already know are good. To front our campaign, we chose to create a virtual character – a baby called Nelson Neto (“Nelson the Baby”) or sometimes Nenê do Zap (“WhatsApp Baby”).

Through his online content, Nelson promotes caregiving practices that relate to the five dimensions of the Nurturing Care Framework developed by the World Health Organization, UNICEF and the World Bank: health, nutrition, responsive care, safety, and opportunities for early childhood interaction. 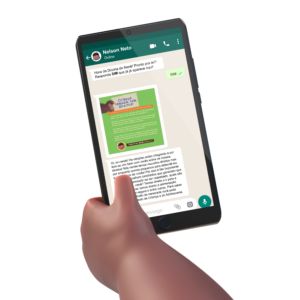 Our strategy to influence parents and share knowledge was informed by the work of economist Richard Thaler, co-author of the book Nudge (Thaler & Sunstein, 2008), and psychologist Daniel Kahneman, who wrote Thinking, Fast and Slow (2011). For example, Nelson uses a light-hearted, humorous approach, as research suggests that people assimilate messages better when in a good mood. We avoid generating guilt, because people who feel that they are being criticised can resist messages.

The work of behavioural scientists such as Thaler and Kahneman makes clear that behaviour changes take time and need to be built layer by layer, constantly and with a long-term view. Understanding the importance of constant interventions helped us to determine the frequency with which Nelson posts new content.

Who and what is Nelson the Baby

We launched Nelson on WhatsApp, the major communications platform in Brazil, on 4 March, 2020 – just before the pandemic hit. He now reaches around 2,000 people every week on WhatsApp and has various other social media channels: he has more than 24,000 followers on Instagram and 38,000 on Facebook, together reaching over 6 million people monthly. If you search for @nelsononene on social media, you will see that he is a baby with 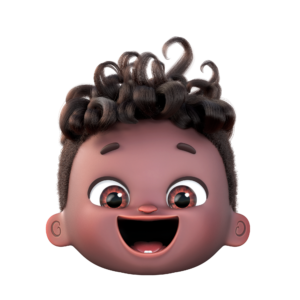 curly hair, expressive eyes and a round face, and is very talkative. Nelson is black, like 75% of the caregivers we are trying to reach.

We post content every day, in which Nelson raises awareness about the importance of early childhood. Nelson uses humour to remind parents to do what they are already aware they should be doing. He addresses adults as “former babies” (“ex-nenês”), for example, to remind us that we all were babies once. Here is a translation of how Nelson reminds people of the importance of talking to babies:

Talking, cuddles, and kisses are as important as eating and sleeping. When we have an adult who accompanies our discoveries and learning very closely, giving us care and love, we grow up healthier, happier, and more confident. Did you know that 90% of our brain develops in the first years of life? It’s for real! Until the age of 6, we learn a lot of things, and affection is fundamental for us children to feel safe and protected. This is why I send tips and information for those adults that have once upon a time been children … I think they don’t remember anymore what it’s like to be a child!

“Nelson uses humour to remind parents to do what they are already aware they should be doing.”

We conduct research into our audience so that we can provide content with which they identify. We know that 94% of our audience are women, between 25 and 45 years old, especially in the north-east and south-east regions of Brazil. Of them, 60% are mothers and the rest are aunts, grandparents, and daycare and early childhood educators. We also adopted formats based on what we heard from this audience: for example, 80% prefer to watch video content, 70% share content via WhatsApp, and among the most popular requests was to receive suggestions for simple games.

A variety of formats

Nelson delivers his messages in a variety of formats. As Nenê Sincero (“honest baby”), he tells adults truths they need to hear. In the Tuto do Nenê (“baby’s tutorial”) series, he brings tips and suggestions for easy-to-make foods that can be prepared with children’s help. The tutorial videos are our most saved and shared content on social media – a crucial engagement indicator, as it suggests that the public saves the material to use later with the child. 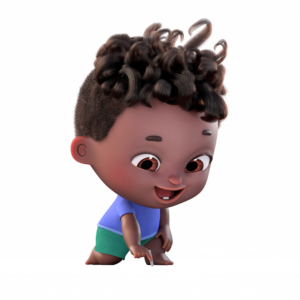 It is still early to carry out quantitative research on behaviour change through Nelson Neto, but we have early feedback from people who follow Nelson on social media. The data was collected through a survey on how Nelson’s content inspired interactions with children. An aunt, responsible for the care of her nephews on a daily basis, told us during the survey that she started to talk more with the little ones and that, with this approach, their tantrums decreased. A father told us that one of Nelson’s jokes inspired him to talk about emotions with his autistic son.

Early evidence also suggests that Nelson’s content is inspiring parents to read to their children, learn new games and pay attention to their responses to stimuli. They have begun to search Nelson’s social profiles for specific tips. Many people have mentioned on social media that they see physical and emotional traits of their own children in Nelson, which shows us that Nelson has characteristics that bring him closer to his target audience.

A bright future for Nelson

“Nelson encourages parents and caregivers to talk and interact with their babies from birth, long before the baby can speak their first words.”

Nelson’s gestation period took much longer than the classic 40 weeks. His birth depended on an interdisciplinary team, which included artists and experts on communications and early childhood. Just as the arrival of a baby changes a family, Nelson’s arrival inaugurated a new phase at the Maria Cecilia Souto Vidigal Foundation, which has the mission of positively impacting the development of children during their first years of life. This was our first strategy to speak directly with underprivileged families.

We know that behaviour changes take time and require messages to be reinforced from a variety of angles. During the pandemic, for example, we experimented with hip-hop songs to reinforce messages countering the misinformation that babies did not get sick from Covid-19 and urging everyone over 2 years old to use a mask and alcohol gel. These proved highly popular, and we continue to develop new approaches for Nelson – including working on a comic book and a television series.

Nelson’s universe will be expanded. The public will soon meet his mother, his father, his sisters, and his dog. He will also have a grandfather, his father’s father, called Seu Nenê – which is both a masculine term of endearment and an affectionate nickname meaning “your baby”. The name was thought up to reinforce the importance of ancestry (mainly male), which is a challenging aspect of life in some communities in Brazil. Other characters are being created, such as friends, community members, and people at Nelson’s daycare. Our intention is to contextualise Nelson’s experiences and deepen engagement on topics such as pregnancy care, respect for differences, safety, and the impacts of stress.

Nelson, however, won’t grow up. We want him to stay a baby so that he can continue his mission to represent the rights and needs of babies and children across the country. He will continue to ensure that “former babies” are aware of the importance of their affection, interaction and attention for their babies to grow up bright and healthy – just like Nelson. 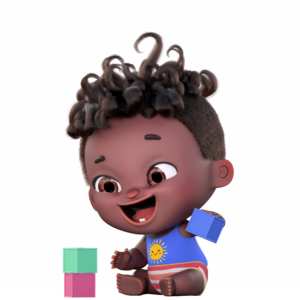 Mariana Luz is CEO of the Maria Cecilia Souto Vidigal Foundation. Previously she was Head of Government Affairs, Sustainability and Corporate Social Responsibility at Embraer, Superintendent Director at the Embraer Institute in Brazil and President of the Embraer Foundation. In 2015 she was nominated a Young Global Leader by the World Economic Forum. 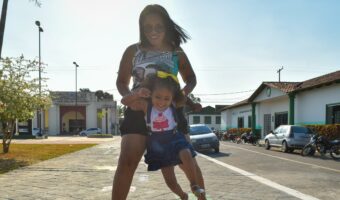