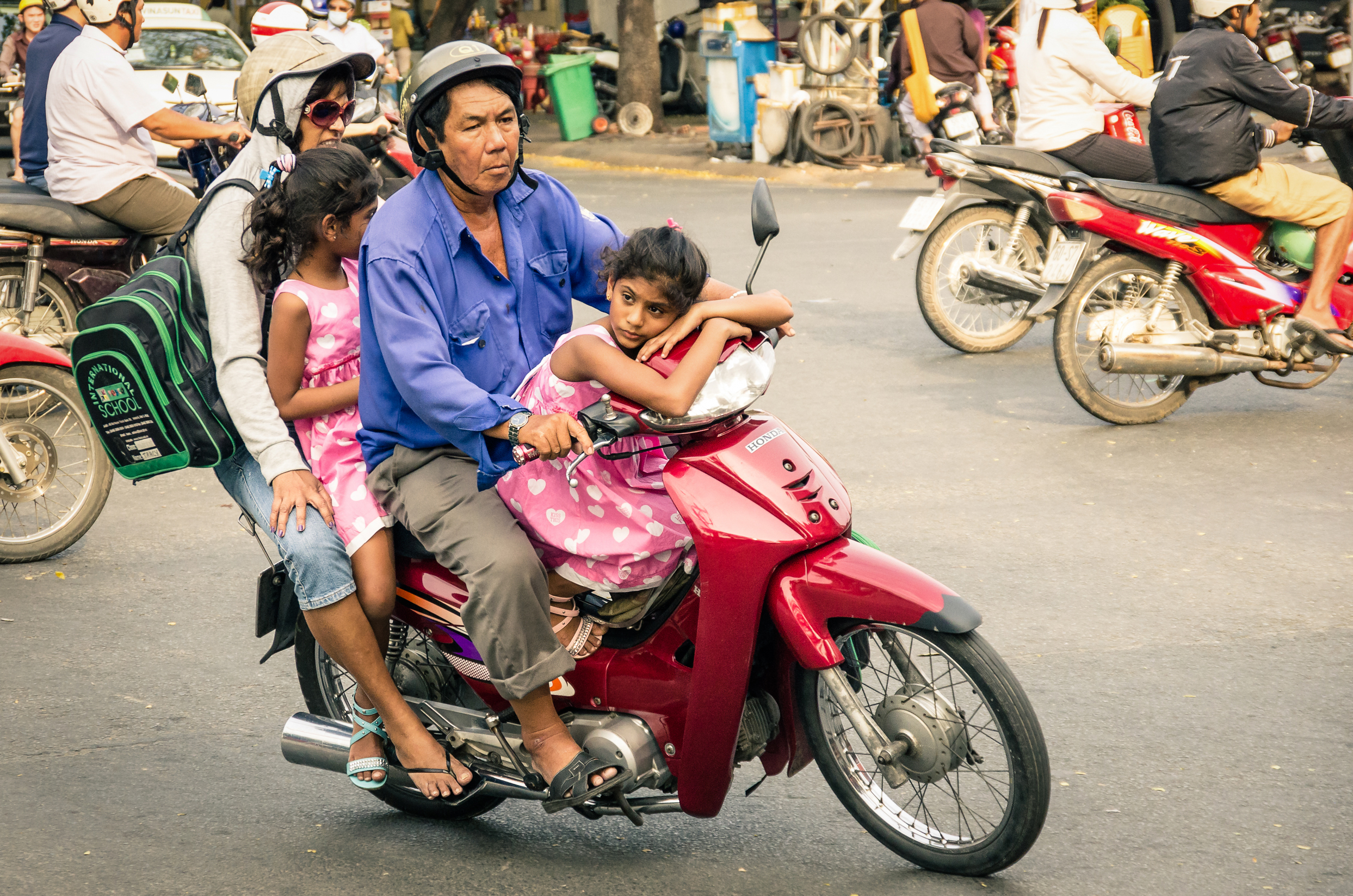 Have you ever seen a small child riding on a motorcycle? If you are reading this article in Asia, Africa, Latin America or the Middle East, you would not be surprised to walk out into the street and see a mother sitting side-saddle and carrying an infant in her arms, or a father driving three kids to school. In most cases, only the driver may be wearing a helmet.

Back in 2013, I was living in Bangkok as Save the Children’s Thailand Country Director. Road crashes were the top cause of child injury and disability in the country. I spearheaded a rapid research project to investigate how we could encourage more helmet use among children.

During this project I encountered for the first time an expert in behavioural influence, who introduced me to the work of Robert Cialdini and the UK’s Behavioural Insights Team. I was hooked. Working with this expert, we designed a comprehensive programme to increase children’s helmet wearing, including a school toolkit that incorporated behavioural science principles. For example, we asked the children to publicly sign pledges to wear their helmets; we made it easier for them by creating helmet storage areas in schools; and we got them to decorate their helmets with paints and marker pens – aiming for the “IKEA effect”, by which people value something more if they have contributed to making it themselves.

From this experience I began to appreciate how behavioural science could offer three big advantages to interventions focused on early childhood development.

First, behavioural science tends to emphasise a rigorous focus on testing interventions to understand what effects – positive and negative – they have, and how they might be improved for next time. From our intervention in Thailand, we saw that the rate of helmet wearing among students tripled to 30%. We also observed other schools during the same period as a point of comparison: in these schools the rate of helmet wearing remained much lower, which gave us more confidence that our intervention had an effect.

“One of the paradigms the behavioural science field is pushing is the need to learn from failure.”

Still, having subsequently learned more about behavioural science methods, I now know we should have been more rigorous in how we selected schools for the treatment and control groups. One of the paradigms the behavioural science field is pushing is the need to learn from failure, and having a meaningful counterfactual – through a well-chosen control group – is essential for seeing when you have failed or succeeded.

Second, behavioural science values process. In essence, the field seeks to bring scientific rigour to places where it has often been lacking. There are many different names and acronyms for processes, but they are all an adapted version of the scientific method, and they all follow the same basic phases:

This step-by-step process means we continually consider and incorporate evidence and data, rather than designing programmes based on our intuition.

Third, behavioural science embraces empathy. It seeks to uncover why we do what we do, and how we react to the pressures we face. It is based on an understanding that our brains are imperfect and the decisions we have to make are often complex, so we often don’t behave “rationally”, especially when we are distracted, tired or stressed.

My experience in Thailand motivated me to found the Center for Utilizing Behavioral Insights for Children (CUBIC), which launched in early 2020 as the world’s first behavioural science team to focus on marginalised children’s rights and welfare. CUBIC aims to enhance Save the Children’s work around the world by applying the decades of evidence from behavioural science to the needs of children and their families.

As with any new “start-up”, CUBIC’s first year was challenging. We had committed to launching behavioural science projects in partnership with six Save the Children country offices in Asia. Their staff would first need training in the methods and tools we chose to apply – and we would have to develop this training course while still learning ourselves.

We reached out to the Busara Center for Behavioral Economics, which seconded two behavioural scientists to us part-time for six months. This proved to be invaluable: when you are just starting out in applying behavioural science, it is worth investing in hands-on learning from the best.

CUBIC also aimed to introduce the wider Save the Children movement to behavioural insights through an email newsletter. In such a big organisation, with teams working in 118 countries, I was aware that often email newsletters were deleted or never read. Applying a behavioural science principle to explaining behavioural science, I knew we had to make it easy for people. Instead of trying to get them to read heavy, technical documents, I began sending a weekly email called “In a Nutshell”, which explains one behavioural science principle in 150 words or less, in a simple, conversational manner, sharing tips for how to apply it in work or life.

We estimate that over 1,000 staff read these emails each week, and we constantly receive new sign- up requests. We have now shared more than a hundred “In a Nutshell” emails, in English, French and Spanish.

Testing texts in the Philippines

There is no “magic bullet” in behavioural science: behaviourally informed solutions need to be tested in every new context. What works for low-income families in US cities, for example, may not necessarily work in Asian or African cities. CUBIC’s first field experiment involved taking a proven programme –Tips·by·Text, which uses text messages to encourage parents to support their children’s literacy – and adapting it for a new context: Metro Manila, in the Philippines.

“Behavioural science embraces empathy. It seeks to uncover why we do what we do, and how we react to the pressures we face.”

We implemented the intervention during the pandemic, when preschools were closed. Our adaptations for the local context included adding messages about social and emotional learning, positive discipline, Covid-19 prevention and parental wellbeing. We sent three messages each week for 40 weeks, including simple activities caregivers could do with their child.

Unfortunately, we did not find a statistically significant difference in test scores among the three groups. When we delved further into the data, however, and looked only at the parents who remembered getting the three text messages we sent (with or without phone calls), we do find that their children ended up with better literacy and numeracy skills than the children of the parents in the control group, equivalent to an additional four months of school. We will soon share the findings on the Open Science Framework (OSF) website.

Our takeaway: Tips by Text interventions may be effective in the Philippines, but only for parents who are able to receive text messages and pay attention to them. Due to its low cost, we would love to test Tips by Text again, with a focus on identifying and enrolling parents who are interested in and receptive to a text message-based parenting programme; this would be in contrast to our pilot research, in which we automatically enrolled parents without first gauging their interest.

CUBIC continues to learn and build evidence by applying behavioural science to a range of projects: as of August 2022, CUBIC was working on 18 Save the Children projects in 12 countries in Asia, Africa, and Europe, in partnership with our colleagues on the ground. In addition, we’re introducing this approach to eight countries in Latin America through our first Spanish-language course. This work is helping us achieve our overall mission: to apply behavioural science to create change for the world’s most marginalised children.

Allison Zelkowitz is the founder and director of CUBIC, the Center for Utilizing Behavioral Insights for Children. Launched by Save the Children in 2020, CUBIC is the first behavioural science team focusing on the world’s most marginalised children. Allison has been working in international development for 16 years and lives in Uganda. 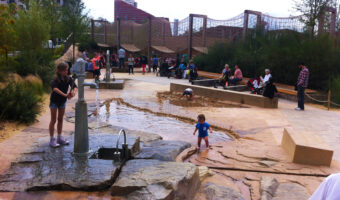