The Pé de Infância project supports municipalities
to promote positive interactions – playing,
singing and telling stories – between caregivers
and children. The project works in vulnerable
neighbourhoods of Jundiaí, Niterói, Crato, Pelotas,
Fortaleza, Caruaru, Brasiléia and Campinas in
Brazil. Most often the children in these areas
are cared for primarily by their mothers or
grandmothers, who are under stress from having to
meet their family’s basic needs. Pressed for time,
they often turn to screens to keep their children
occupied.

In our research for Pé de Infância interventions, we talked to nearly a hundred parents – from cities and the countryside – about their memories of their own childhood. In group discussions, we heard personal accounts of deep suffering: sexual, psychological or physical abuse, mothers abandoned by their partners. People told us that, after these experiences, they considered the most crucial thing in raising their own children is to make them strong and resilient to face whatever may be ahead. 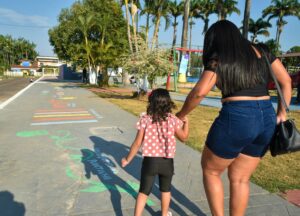 We also noticed that everyone, when recalling their childhood, could think of someone who gave them joy – and that remembering these people awakened a feeling of joy even now. Regardless of how difficult the childhood, there was always someone – mother, father, a grandparent, a teacher, a neighbour, a godmother – who sang them a song, played a game with them, told them a tale, or in some other way created a meaningful experience. 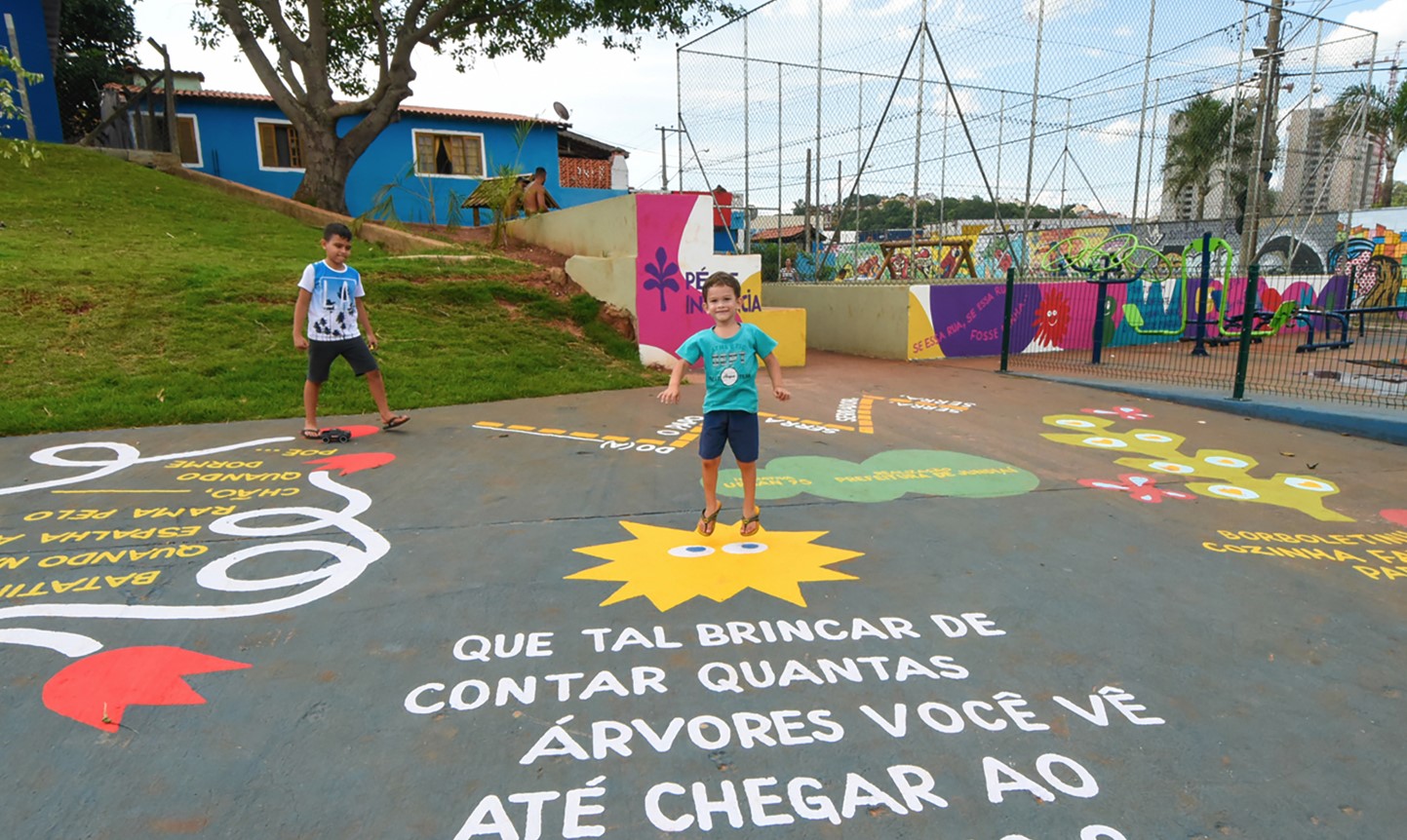 Translation of the white text: “How about playing count how many trees you see until you arrive at your destination?” Photo: Cléber Almeida – Pedro Amora – Dane Dalastra – Bruno Enrique 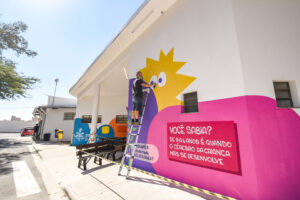 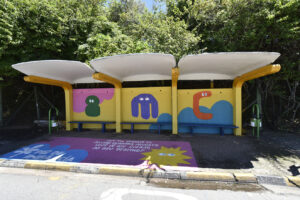 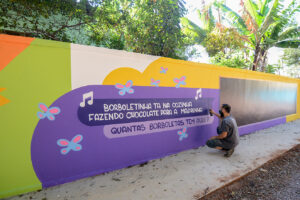 T, 31 years old and father of João Vítor (age 2), says he was born again when he became a father. He says he had a tough childhood as the son of an alcoholic father and witnessed many episodes of domestic violence. But he speaks fondly of a teacher and remembers especially one of her lines, a joke she often told. When mentioning that, his face changes:
he describes everything with a smile, taking great pleasure in explaining the joke. 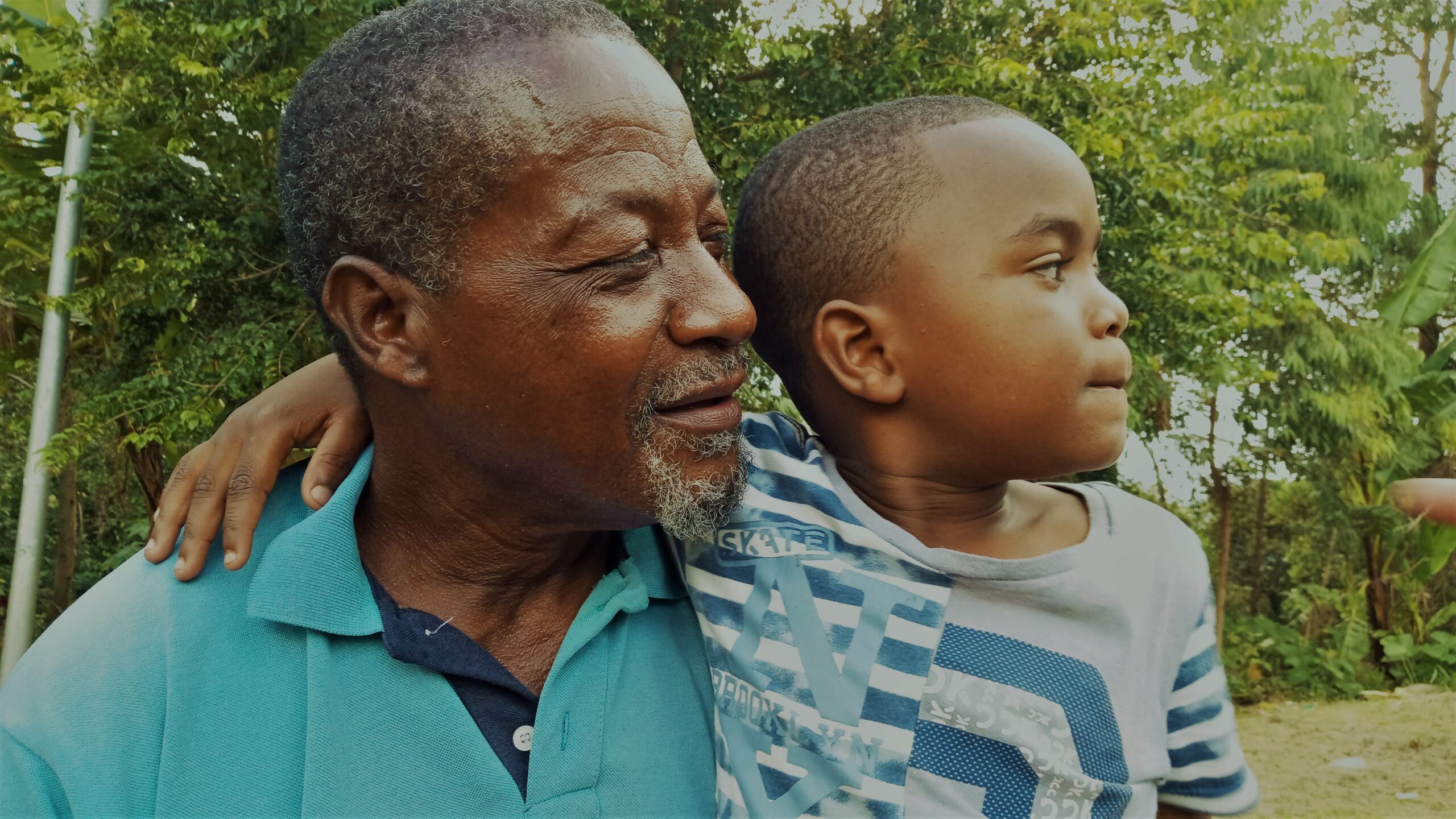 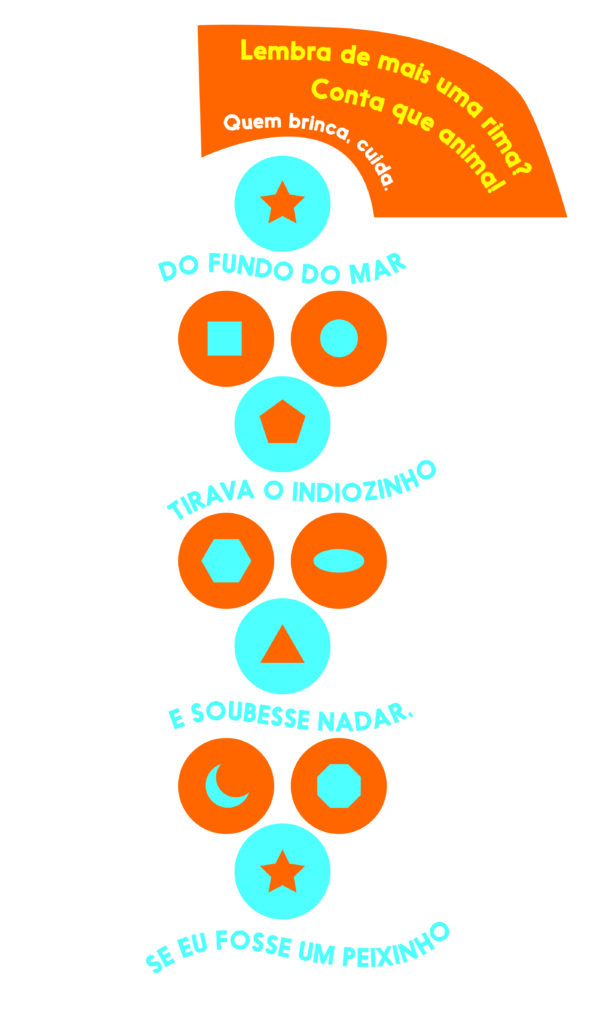 B, Lorena’s mother, tells us she grew up with nine siblings in the hinterland of the State of Bahia. When the children were young, B’s mother ran off to a relative’s house to get away from her husband. They lived a precarious childhood marked by violence, but when B talks about singing songs with her mother, she speaks enthusiastically. She tells the group how
singing songs to her daughter that come from her ancestral repertoire reminds her of her mother.

We realised that by bringing these memories of childhood joy to the surface of urban spaces, we could develop new behaviours. We looked for ways to remind parents of the joys of their own childhood, and inspire them to create joyful memories with their own children.

During our conversations, we mapped the caregivers’ daily and weekly schedules. They don’t always have the time or the money to take children to places designed for play. So we looked at the places they pass routinely – alleys, walls, bus stops, stairways – and asked ourselves how we could inspire new behaviours as parents pass by with their children. We
painted traditional tongue twisters, stories, games and suggestions for spontaneous play. Could you go up these stairs without singing along? “One, two,
beans and rice…” 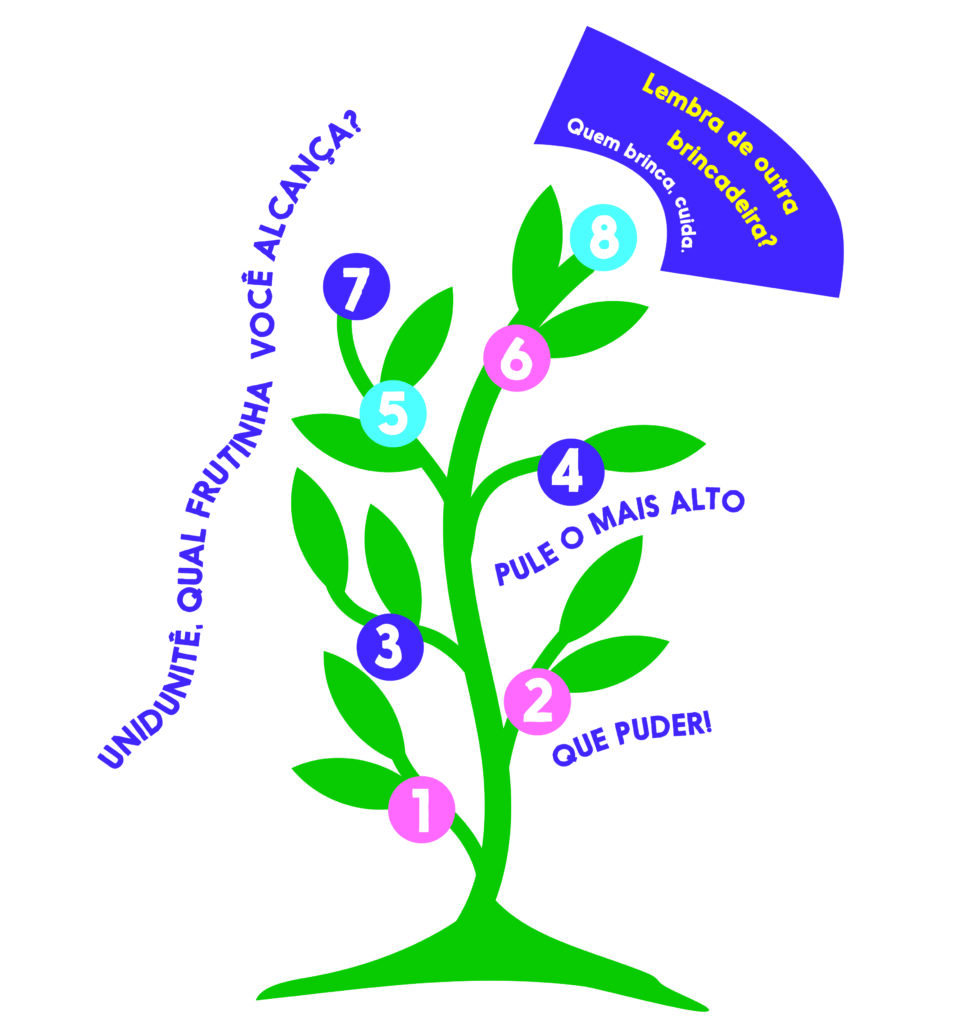 “I follow my regular route, but now my path has games that we are familiar with, and they remind me to interact with my son, spending time in a fun and positive way for him,” says Ingrid, 24 years old.

We are already seeing many of the municipalities extending the physical interventions to new neighbourhoods: they are simple and low cost, requiring only a brush and paint, and as well as inspiring behaviour change among caregivers they also serve to make public spaces feel friendlier for everyone. 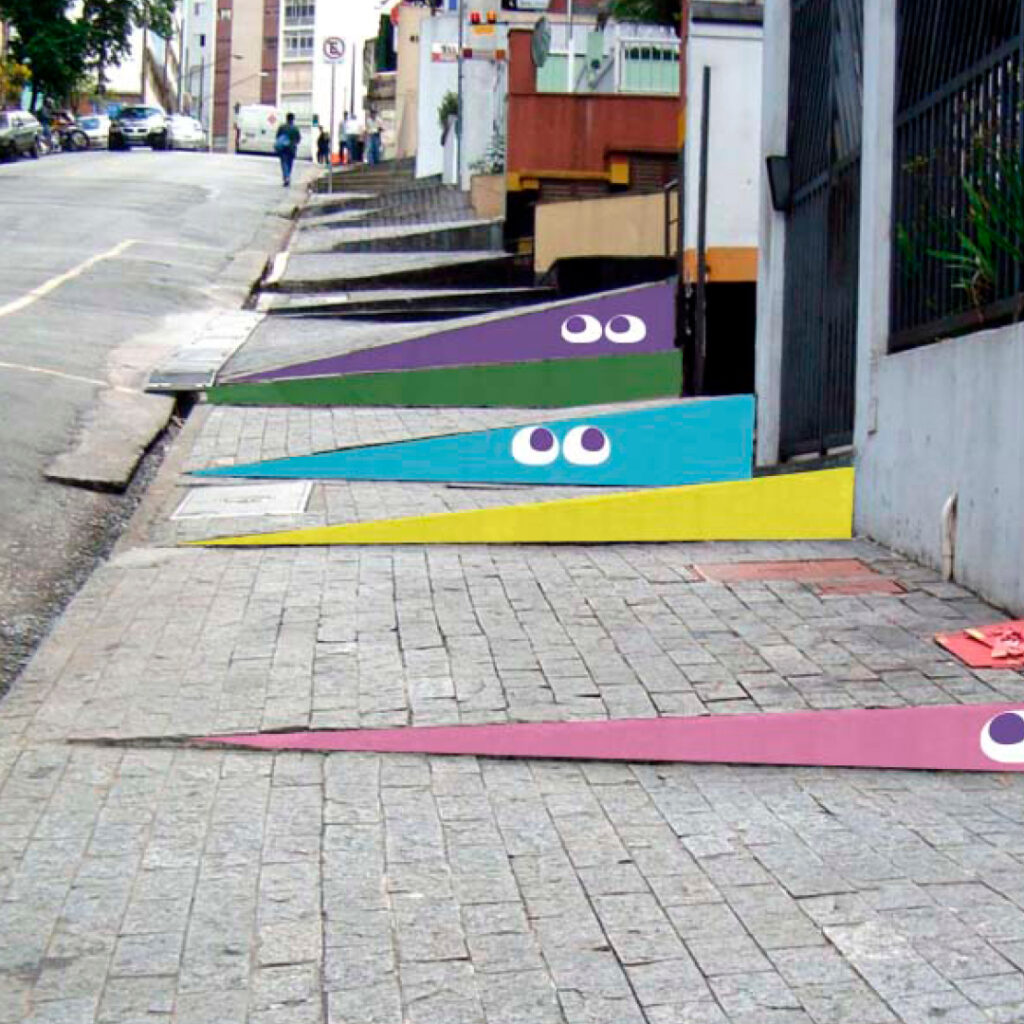 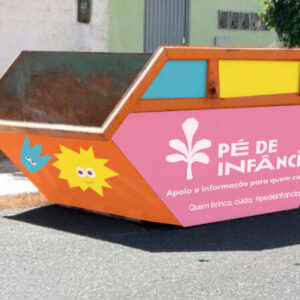 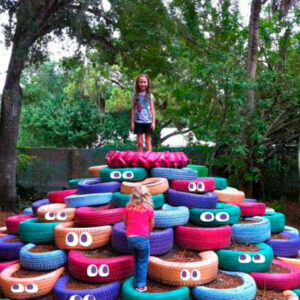 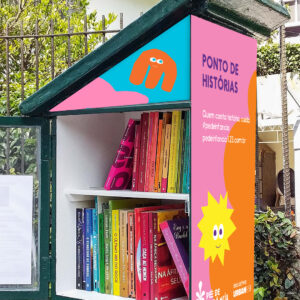 Physical activities can be supported by digital reminders

In our research conversations we realised it is necessary not to romanticise caregiving, but rather to recognise that caring for children is demanding and tiring – unpaid work that is often invisible and done alone. We created a “WhatsApp Challenge” after we found that even the most vulnerable caregivers in Brazil usually have WhatsApp. The challenge comprises 21 daily messages of inspiration, empowerment and encouragement for caregivers, using easily understood language and images. We wrote the messages ourselves, with inspiration from Theory U and the work of Deepak Chopra.

Each day caregivers receive an audio message, a text, or an image with a mission – for example, at your child’s bath time, tell them a story you loved to hear as a child; or think about something you wish your parents had done with you, and do that with your own child.

These missions aim to acknowledge the traumas of the parent’s own childhood and give them new meaning. They strengthen the caregiver’s self-image as someone unique and essential who can break the cycle of trauma and build new ways of doing things.

Going forward, we see potential for more daycare centres and social assistance services to distribute the WhatsApp Challenge to groups of their parents. While we conceived of the physical interventions and WhatsApp messages as complementary, some municipalities have already had a positive experience with implementing only one.

With a degree in social communication from Mackenzie University, São Paulo, Brazil, Ana Paula Marques started her career as a copywriter at McCann Erickson, became a creative director and strategic planner and worked in the communications market for 15 years, winning important global creativity awards. In 2018 she founded Allma Hub, a creative lab led by eight women, where she works on impact projects, public policy support and transitioning to a new consciousness. She is a writer, screenwriter and specialist in communication campaigns for behaviour change

Director of Planning and Research 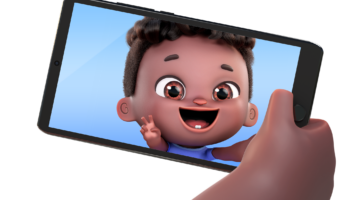