Cash+: an opening for behavioural interventions 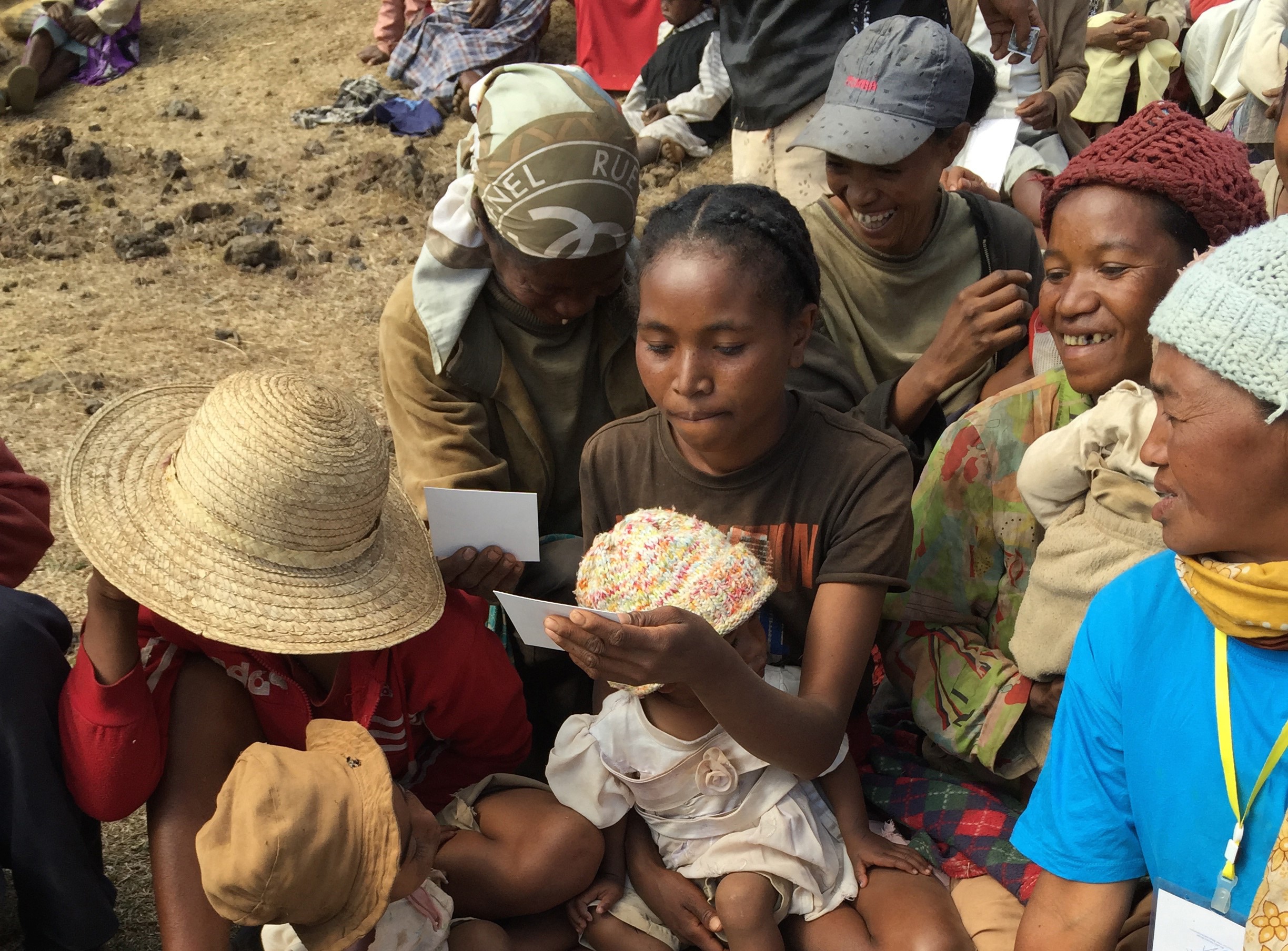 Much of this evidence comes from conditional cash transfers – the first generation of cash
transfer programmes, in which receipt of the cash is conditional on certain actions such as visiting health clinics or sending children to school. This is beginning to change. The use of “hard” conditionality has reduced as cash transfers expanded beyond their initial foothold in Latin America (Beegle et al., 2016). Monitoring compliance is relatively more costly in lower-resourced regions, such as sub- Saharan Africa, among other issues (Benderly, 2011). Many programmes now use “Cash+” approaches that combine income support with interventions designed to support a broader range of human capital investments, including health, nutrition, and cognitive outcomes (Matin, 2022; Premand & Barry, 2020).

Growing evidence suggests that combining cash transfers with parenting programmes may be an effective way to optimise their impacts on children (Arriagada et al., 2018). Many factors that support healthy development – such as nutritious feeding and stimulating interactions – depend on parents’ practices. These are often influenced by behavioural factors, and go beyond access to services such as clinics and schools. Behavioural science can play an important role in advancing this work.

Behaviourally informed interventions layered onto cash transfer programmes have been shown, for example, to make it more likely that parents will give birth in a high-quality clinic (Cohen et al., 2017); send their children to school (Benhassine et al., 2015); and provide for their basic needs (Awkii et al., 2018). Group-based interventions to establish norms and commitments have improved children’s cognitive and language development more cost effectively than traditional home visits (Grantham-McGregor et al., 2020). Such interventions often add only minimal extra costs to the cash transfers.

“Parents’ practices are often influenced by behavioural factors, and go beyond access to services such as clinics and schools.”

Behaviours are shaped – and cognitive biases may be triggered – by the context in which people make decisions, such as chronic scarcity of resources (Datta & Mullainathan, 2012; Mullainathan and Shafir, 2013). People living in poverty may be especially influenced by “present bias” – that is, a focus on getting through the immediate future, rather than thinking about payoffs in the longer term – or “limited attention”, difficulty in processing new information when there are multiple other things to focus on. Even when parents fully intend to engage in the kind of parenting behaviours that will support their children’s development, present bias and limited self-control can make it difficult.

With an understanding of biases, practitioners can design interventions to help to mitigate them. Cash transfers create a moment in which resource scarcity is alleviated, opening up the possibility of longer-term planning for children’s development (Mani et al., 2013; Kansikas et al., forthcoming). Practitioners should take advantage of this moment to support parents and caregivers in making deliberate decisions and following through.

In Madagascar, almost 80% of the population lives in poverty (World Bank, 2020a). The Human Capital Index is just .39, which means a child born in Madagascar today will grow up to be 39% as productive as she could have been with complete education and full health (World Bank, 2020b). In 2016, the government began the Human Development Cash Transfer (HDCT) programme, which provided unconditional bi-monthly payments to mothers and caregivers of children from birth to 5 years old. ideas42 worked with the World Bank and the Government of Madagascar to develop behavioural interventions to layer on top of the transfer.

Based on in-depth research into the context in which mothers and caregivers were making decisions, we identified three related interventions to enhance impact:
1 Mother leader groups, in which women elected by their peers facilitate support groups. Such groups leverage social norms, peer influence and community dynamics to impact caregiving behaviours. These groups provide mutual support to reinforce mothers’ decisions to invest in young children’s health, nutrition and cognitive stimulation.

2 Plan-making prompts layered onto the mother leader groups, involving games with cards and stones, and drawing activities. Mothers are asked to visualise the longer-term goals regarding their child’s development that they wish to achieve with the cash, and think of a step-by-step plan to help them achieve them and safeguard against negative outcomes. Behavioural science shows that breaking large, complex goals down into manageable steps can help participants to focus. Group meetings followed up on mothers’ adherence to these plans.

3 Self-affirmation activities, also layered onto the mother leader groups and involving cards, stones, and drawing. Mothers are prompted to consider their values and how their actions embody those values. This helps to tackle mindsets of stagnation and lack of control that are often formed by the experience of their families having always lived in poverty. Activities reinforce caregivers’ identity as guardians of their children who have the power to make decisions that will improve their family’s wellbeing.

The plan-making and self-affirmation interventions were delivered on payment day to take advantage of the moment of alleviated scarcity that is optimal for more deliberate, longer-term planning.

We conducted a randomised controlled trial to assess the effectiveness of the interventions after about 18 months. We found positive impacts including increased interactions with children, increased food diversity and decreased food insecurity. Strikingly, we also found improvements in children’s socio-cognitive development – particularly for language learning and social skills – as measured through a standardised development assessment test. We had expected that it might take more time to realise such impacts.

The magnitude of these improvements was almost as large as the effect of providing cash. At costs of USD 7–14, we estimate that the interventions improved outcomes more effectively than providing additional cash would have done. (Datta et al., 2021). Longer-term studies are now needed to assess their durability. Directions for future research also include assessing which of the components is most effective, as this study was able to compare each against cash only but not against each other.

The interventions have now been integrated into Madagascar’s HDCT and introduced in other programmes, including a cash-for-work programme with a childcare component.

“Governments and donors should coordinate to ensure that implementing agencies receive the technical assistance they need from behavioural science.”

With growing evidence that they can cost-effectively improve the outcomes of cash transfers on early childhood development, behavioural interventions are becoming more widely recognised – for example, in the Africa Human Capital Plan (World Bank, 2019) and Covid-19 social protection response plan (World Bank, 2020c). Next steps on the path to scale include generating further evidence of impact on longer-term child development outcomes, improving approaches to costing and cost-effectiveness, and tackling challenges such as political buy-in,especially in countries with low political stability.

Where possible, “Cash+” programmes with parenting elements should both involve key stakeholders and incorporate insights from behavioural science from the outset of the design phase. Governments and donors should coordinate to ensure that implementing agencies receive the technical assistance they need from behavioural science to ensure they have the bandwidth and resources necessary to successfully undertake behaviourally informed add-on interventions.

As Lead Economist in the World Bank’s Gender Group in Washington DC, Laura Rawlings spearheads strategy and analytical work as part of the global effort to promote gender equality and women’s empowerment. In her career, Laura has led numerous project and research initiatives in the areas of social protection, early childhood development and behavioural incentives.

Kate MacLeod is a Senior Behavioural Designer at ideas42, London, where she focuses on the intersection of development economics and behavioural science. Over the past four years at ideas42 she has focused on bringing behavioural innovations to cash transfer and labour market programmes in sub-Saharan Africa and the MENA region.

Saugato Datta is a Managing Director at ideas42, Boston MA, where he oversees work on the application of behavioural science in low- and middle-income countries in South and Southeast Asia and sub-Saharan Africa in partnership with government agencies, multilateral organizations, NGOs and firms focused on low-income populations.