Making the climate conversation about children 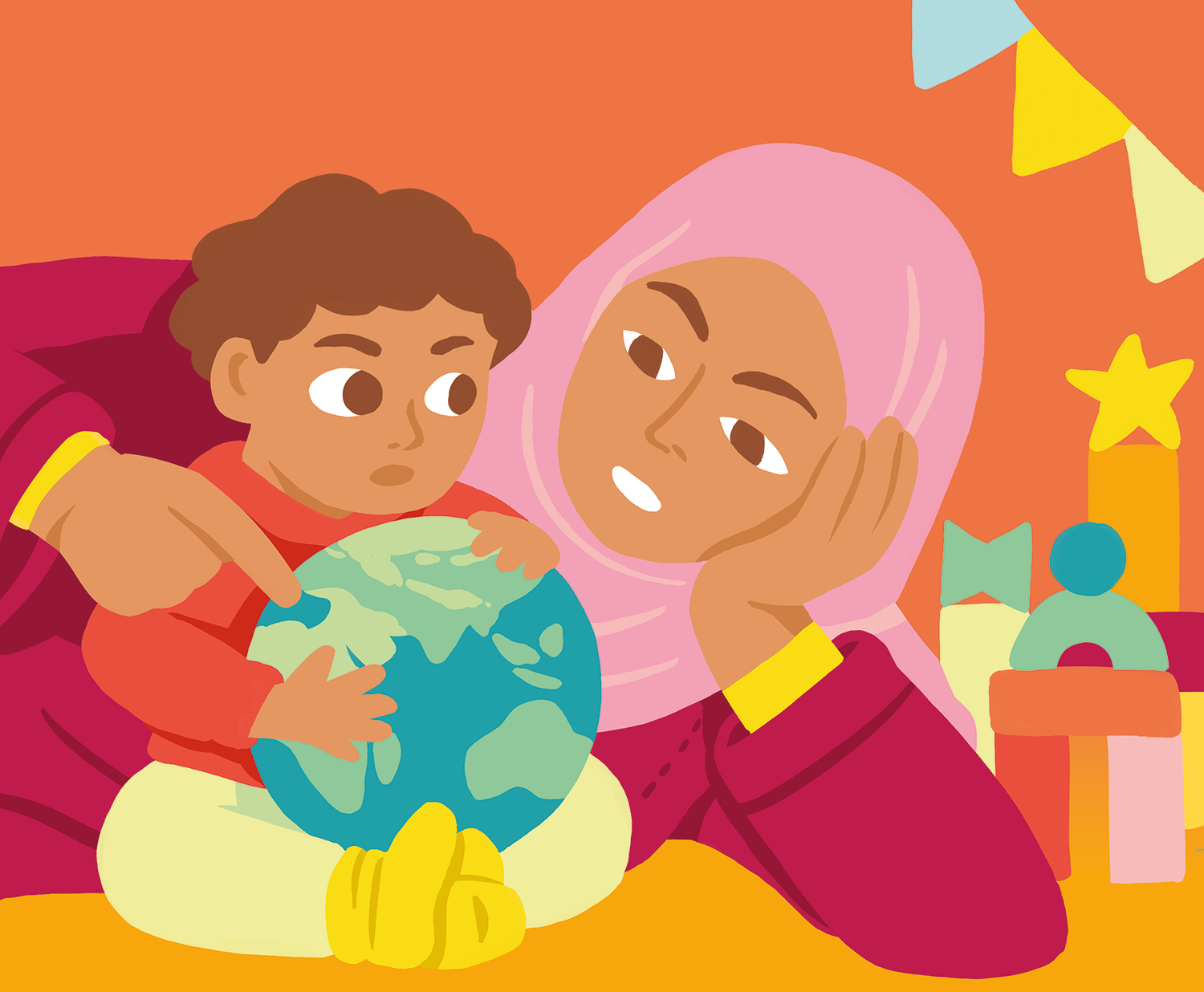 Climate change is especially dangerous for children under 5. They have the overwhelming share of climate-related diseases, and are highly vulnerable to air pollution and heat.

When extreme weather forces young children to migrate, they face malnutrition, interrupted education and many other threats, during a key period in their physical and emotional growth. It’s also very reasonable to expect that a baby born today will grow up to experience major climate chaos and environmental degradation – worse than any faced by current adults.

Despite all this, discussions about climate change seldom refer to the fate of young children.

They should. This year’s issue of Early Childhood Matters is dedicated to examining the many ways that climate change and early childhood intersect. We hear from leading policymakers, researchers, educators, urban planners and activists around the world about how to both develop ecological resilience, and improve wellbeing in the early years.

We also spotlight a critical fact: many of the measures that improve life for young children and their caregivers also help cities to cope with climate change.

In the first section, Evidence, we review the worrying data, to create greater awareness.

The first five years of a child’s life are a crucial developmental period that is directly impacted by their environment. To better understand this, physicians Bruce Bekkar and Nathaniel DeNicola survey the American data and show that heat and air pollution are already threatening newborns.

Few people have looked at how climate change impacts new mothers and infants in indigenous communities. So Naomi Lanoi Leleto and Eva Rehse of the Global Greengrants Fund take us to a Kenyan village where nursing mothers and their newborns are suffering from its effects.

‘A baby born today will grow up to experience major climate chaos and environmental degradation.’

Extreme weather events have forced millions of babies and toddlers to leave their homes and ecosystems. Researcher Lucy Earle, a specialist in forced displacement, shows that many end up in high-risk urban slums, where they face new climate challenges.

And photographer Nicoló Filippo Rosso brings us striking images of Venezuelan, Colombian and Central American families, illustrating the daily struggles of young children and their caregivers who are living with the effects of climate change.

Yet there are reasons to be hopeful. In the second section, New Approaches, we look at how people in cities around the world, which host the vast majority of the global population, are prioritising young children and investing in measures to improve their lives.

Some cities are setting the example. In Lima, Peru, Mayor Jorge Muñoz has launched a programme to expand natural spaces for children and their caregivers. In Jundiaí, Brazil, Mayor Luiz Machado is expanding green areas for all and promoting walking and cycling. Jantirar Abay, Deputy Mayor in Addis Ababa, Ethiopia, explains how his city is transforming streets into safe public spaces where children can play.

Collecting data is often the first step. So in Latin America, Marcelo Mena and Xavier Altamirano have launched a network called Aires Nuevos. They monitor the air that children breathe while going to and from daycare centres and schools, in order to pressure governments to change their pollution policies.

Our contributors make the case that the solution is not just about cutting carbon emissions; it’s also about establishing a more harmonious relationship with our environment. Children everywhere need regular access to nature, in order to thrive.

American author and activist Richard Louv describes how over-protective parenting and time indoors can lead to what he calls nature deficit disorder, in which children are disconnected from the outside world and from other living beings.

In Israel, we meet landscape designer Ram Eisenberg, who’s transforming concrete urban spaces into natural wonderlands. “It would be too simplistic to say that children who play in these parks will save the planet,” Eisenberg says, but “if you lack sufficient exposure to these kinds of experiences, you are in a high-risk situation. At least I’m giving them a chance.”

In the final section, Education and Activism, we hear from individuals committed to combating climate change on behalf of the world’s youngest population.

Increasingly, some are joining the struggle as parents – a role which can cut across ideological lines.
Activist Maya Mailer, in London, describes taking her 3-year-old to a protest outside Lloyd’s of London, one of the world’s biggest insurers of fossil fuels.

Others are joining as children. We introduce the staggeringly articulate 14-year-old Almaaz Mudaly, of South Africa, a member of the newest generation of climate activists.

And Sana Mohamed Suhail and Shaikha Al Dhaher of Abu Dhabi’s government describe how the emirate is making children central to its efforts to combat climate change.

There are many ways to have an impact. South African educator Xoli Fuyani shares her enthusiasm for the worm farms that she’s bringing to disadvantaged urban schoolchildren. The farms teach students as young as 5 to grow vegetables and manage waste (we’ve included the lovely ”worm pledge” they recite at the start of each class).

In her opening essay, former New Zealand Prime Minister Helen Clark argues that – since children are at particular risk from climate change – they ought to be at the centre of the Sustainable Development Goals, and all governments should track how their policies impact the very youngest in society. 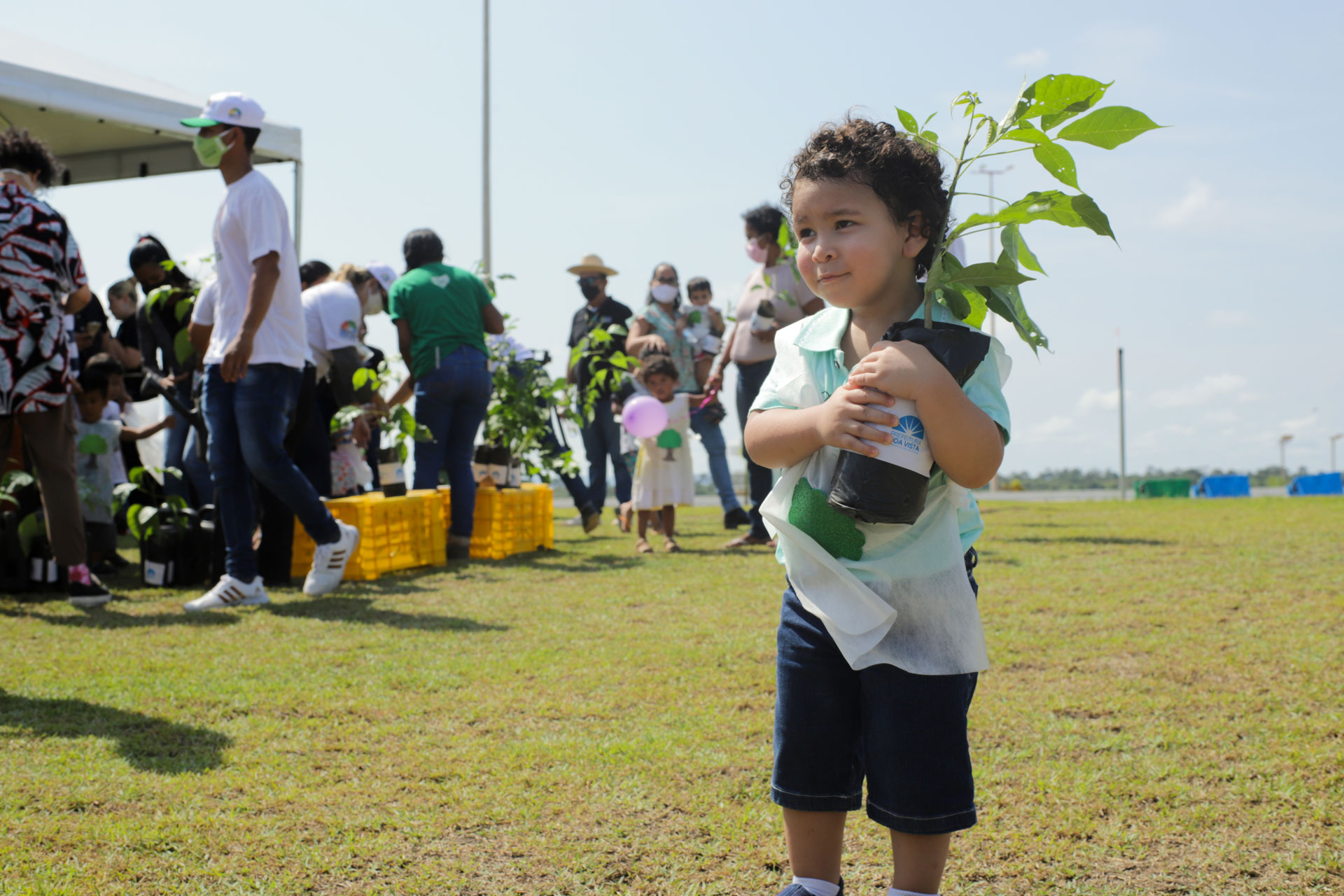 We at the Bernard van Leer Foundation agree. All countries must urgently consider the broader environmental dimensions of children’s wellbeing.

It’s my hope that the data and solutions in this issue of Early Childhood Matters will inform policy and inspire collective action. The diversity of authors reminds us that anyone can contribute to the wellbeing of young children around the world. We’ve reached the point where we know the terrible effects of climate change. It’s time to show intergenerational solidarity by adjusting our lifestyles, making responsible decisions for the future, demanding climate accountability, and enforcing sustainable practices.

Most of all, I hope that human beings will rethink how we connect with mother nature, and acknowledge that we are all part of her.

The Hague, the Netherlands