Investing in evidence to achieve health equity for refugee children 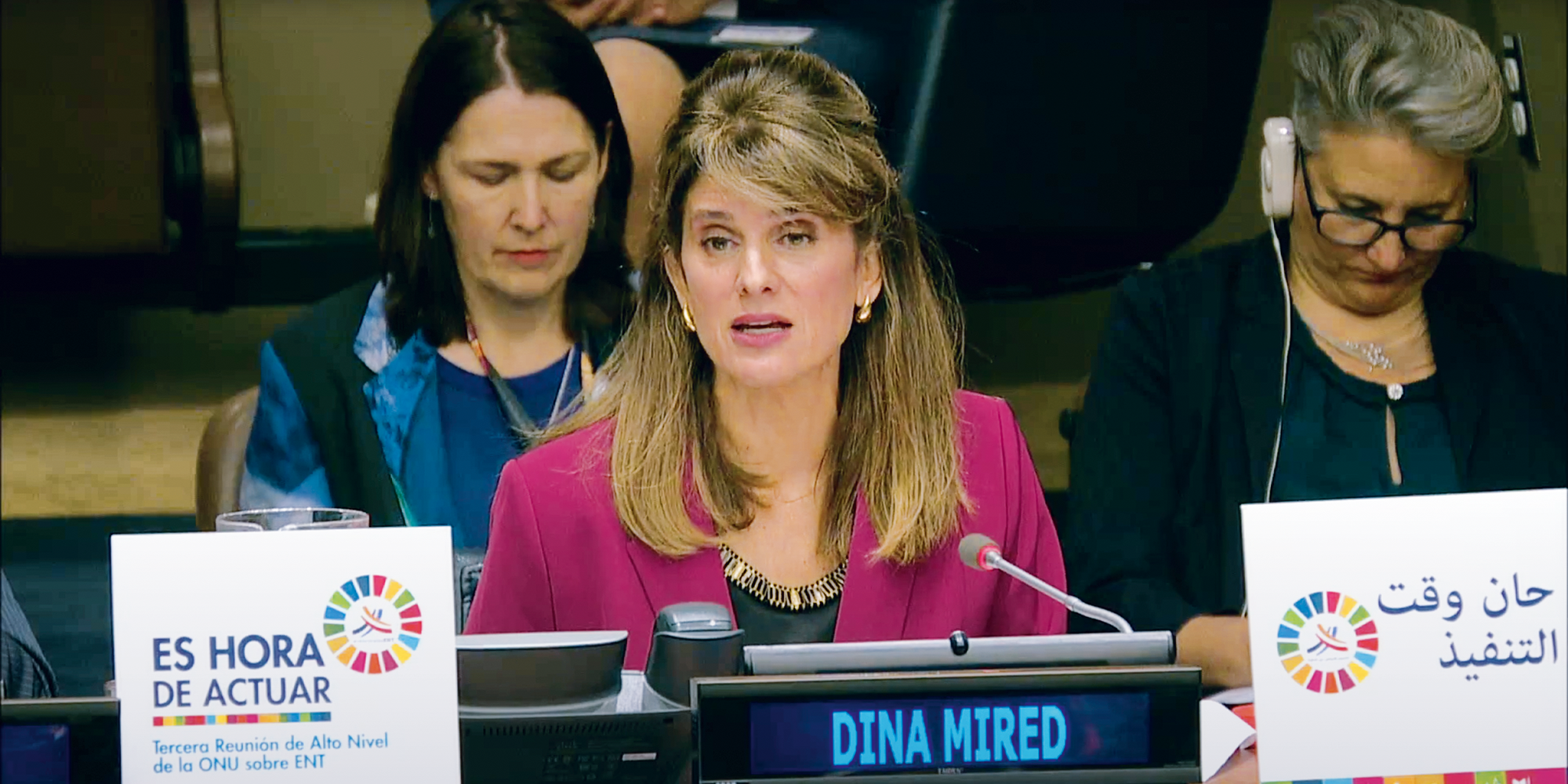 Across the globe, an estimated 800 million children live in fragile and conflict- affected areas. Around 30–34 million have been forcibly displaced, according to the report Global Trends: Forced displacement in 2019 by the United Nations High Commissioner for Refugees (UNHCR, 2020). As the aftermath of the Covid-19 crisis continues to put pressure on societies and economies, these numbers are expected to grow – as will the health crises associated with being a child refugee, including pre-term birth, physical illness, and threats to well- being such as caregiver depression, neglect, hunger, psychological trauma, isolation, being out of school, early marriage, assault, or forced child labour.

There are added threats of food insecurity, cuts in healthcare and education, and stigma, stress and tensions with hosting communities globally. The experience of the pandemic could reverse years of progress made through humanitarian assistance, unless we take a step back to gain a deeper understanding of what it means to be a child refugee on the journey to achieving health equity.

Refugee communities are among the most marginalised and discriminated against in the world, and their health has long been politicised. At a moment of fragmented leadership, grassroots innovative partnerships can – through science – carve a way out of this pandemic and prepare for the next one by informing the systems and decision makers that allowed these vulnerabilities and disparities to emerge in the first place.

The growing burden of non-communicable diseases (NCDs) in refugee children, and the lack of existing health systems to respond to these needs in refugee- hosting countries, is a serious concern in the pandemic and beyond. For example, among the 57% of refugees who come from three countries in the Middle East – Syria, Afghanistan and South Sudan – it is estimated that more than 2000 children will be affected by cancer due to the collapse of previously adequate healthcare systems (Fouad et al., 2017). Treatment of paediatric cancer – one of the most preventable causes of death among refugee children – is costly, and many refugee children are left behind due to lack of funding and prioritisation, as reported in The Lancet and elsewhere by Professor Richard Sullivan and colleagues (El Saghir et al., 2018; Abdul-Khalek et al., 2020).

While most NCDs tend to emerge in adulthood, they stem from contextual factors and behaviours from early childhood through to adolescence. Maternal health, unhealthy diet – including infant and young child feeding practices – air pollution, poor water quality, poor mental health and tobacco use are all growing concerns in humanitarian crisis settings and contribute to impaired development and health.

The low- and middle-income countries that host the majority of the world’s refugees have limited resources, but are expected to bear most of the financial burden of dealing with growing NCDs among refugee children. Continued cuts in funding from the largest donors to the United Nations, such as the USA, will have dire impacts on refugees worldwide. The USA’s recent decision to halt funding to the World Health Organization (WHO) will be especially catastrophic in dealing with Covid-19 globally and the overall health of refugees.

Advances in population health science must include investigations into the health of refugees, an area where there has been little research globally. Data on refugee children is of variable quality, having been collected primarily in cross-sectional studies that record a situation at a single point in time and place, and do not allow for comparisons within and across refugee groups or in multiple geographic locations. Most research does not consider the factors affecting children’s health before, during and after migration.

This lack of evidence exists because refugee health is still being treated as an ‘acute’ problem within the humanitarian crisis, with a focus only on treating symptoms rather than looking to solve bigger questions through carefully designed epidemiological studies that follow refugees over time. Questions that could be answered by such studies include:

‘For other NCDs with more subtle outcomes and lengthy treatment processes, such as mental health and cancer, resources are seriously lacking and lives are being lost as a result.’

The lack of answers to these questions hinders progress in promoting the well-being of refugee children.

Traditionally, health research in refugee children has looked only at acute or emergency health concerns (such as nutrition or infections), neglecting NCDs including cancer. Resources have been allocated accordingly, and this has negatively impacted millions of children with NCDs. Recently, the issue of NCDs in refugees has started to gain more attention globally, but much of it has focused on cardiovascular diseases, hypertension, or diseases with severe, visible and immediate outcomes if treatment is disrupted, such as provision of insulin for type I diabetes or dialysis for kidney disease. For other NCDs with more subtle outcomes and lengthy treatment processes, such as mental health and cancer, resources are seriously lacking and lives are being lost as a result.

Only a few months ago, a population-based modelling study – the first of its kind focusing on refugees – showed that cancer among the Syrian refugee population represents a substantial financial burden for host countries, including Jordan and Lebanon, as well as humanitarian agencies such as the UN Refugee Agency. The study called for new ways to provide financial assistance that must be coupled with clear, prioritised pathways and models of care for refugees with cancer. Such pathways and models must be studied and the resulting evidence used to drive change and progress.

Epidemiological research can be used in refugee populations to detect, prevent and address health disparities that persist over generations even when people are resettled in high-income countries such as the USA. Analyses by the Migration Policy Institute found that more than half of refugees from Somali, Iraq, Burma, Bhutan and Liberia living in the USA have household incomes under half of the level that constitutes the federal poverty line. Breaking the intergenerational cycle of disadvantage to eliminate such health disparities can be done only by drawing on existing literature and experimenting with interventions that are informed by a deep understanding of the unique struggles that refugees face along the migratory route and across their lifespan.

Two- and three-generation approaches – whole-family approaches that acknowledge the primacy of the family in shaping health and developmental outcomes for children, starting in utero and the very first years of life – are proving effective in breaking the cycle of poverty (Cheng et al., 2016; National Human Services Assembly, online). Such implementation science strategies can be researched to inform interventions that would aim to achieve similar outcomes in refugee children, which would have a huge positive impact on their health and development.

Our team studied a small group of Syrian refugee youth who live in Zaatari camp and were offered an opportunity for higher education. Our study found that this group’s mental health, and their feelings of peace and security, were significantly improved one year into their studies, and much higher when compared to other young refugees in Zaatari camp who cannot pursue high education studies (Al-Rousan et al., 2018). Longitudinal research is needed to assess how indicators such as stress biomarkers can predict health over the long term.

Research links between countries along the migratory route

To mobilise resources and policies that can achieve long-term systemic changes and sustainable impact, it is key to build an evidence base that focuses accurately on the refugee experience.

‘Breaking the intergenerational cycle of disadvantage to eliminate such health disparities
can be done only by drawing on existing literature and experimenting with interventions that are informed by a deep understanding of the unique struggles that refugees face along the migratory route and across their lifespan.’

First, the health of all refugees should be prioritised in the context of the Covid-19 pandemic, especially in academia. An expert group meeting at the World Health Summit in late 2017 concluded that while the UN Sustainable Development Goals principle of ‘leave no one behind’ is inclusive of migrants and refugees, the realisation of universal healthcare for refugees requires evidence-based, inclusive policies that balance the costs and benefits of ‘health for all’ from a public health and development perspective. The panel stated:

At present, there is a lack of effective global governance for public health and a need for new governance structures that are beyond the present capacities of WHO and may have to evolve from elsewhere, such as the grass roots.
(Matlin et al., 2018)

These grassroots should be organisations capable of producing strong science, such as academic institutions, and must step up strongly into this space.

Second, philanthropists have an opportunity to invest in advancing public health science to design a better and more prepared world. At the intersection of stress, trauma and resilience, the refugee population can teach the world
a lot about recovering from the worst of hardships. Investments now can guide us in a post-pandemic era and achieve health equity for the millions of displaced children.

Such knowledge can be gained only if research productivity in low- and middle- income countries is boosted through partnerships with research and academic institutions in other parts of the world. In October 2019, through a gift from Atlantic Philanthropies, a scientific research team from the University of California in San Diego visited Jordan University for Science and Technology in Irbid to learn about the research endeavours by the Jordanian faculty on refugee health.

San Diego, which borders Mexico, is the second-largest refugee resettlement city in the USA (Morrissey, 2017), and Syrians are its fastest-growing foreign-born population (Wong and Sanchez, 2020). Irbid borders Syria and is home to the second-largest Syrian refugee population in Jordan – the country which hosts the second-largest number of refugees in the world per capita (United Nations Population Fund, online). Research links along the migration route between Jordan, which is usually the first stop for Syrian refugees, and San Diego – a final resettlement destination – can be very informative. It can be a way to redistribute wealth in research skills, financial resources and capacity building of hosting communities to produce top-notch science that serves refugees. The trip has enabled two regionally unique research institutions with lived experiences and deep roots within refugee and hosting communities, that would otherwise be unlikely to meet, to come together and learn from each other.

The goal now is that growing partnerships can be further nurtured to train future scientists to give refugee health the attention it deserves and produce groundbreaking science – science that can promote a structured dialogue on financing a refugee health system by leveraging data, research partnerships and resources as a key strategy to achieve better results for refugee children. 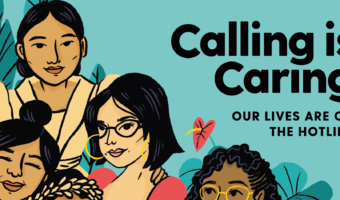 Towards a feminist childcare recovery