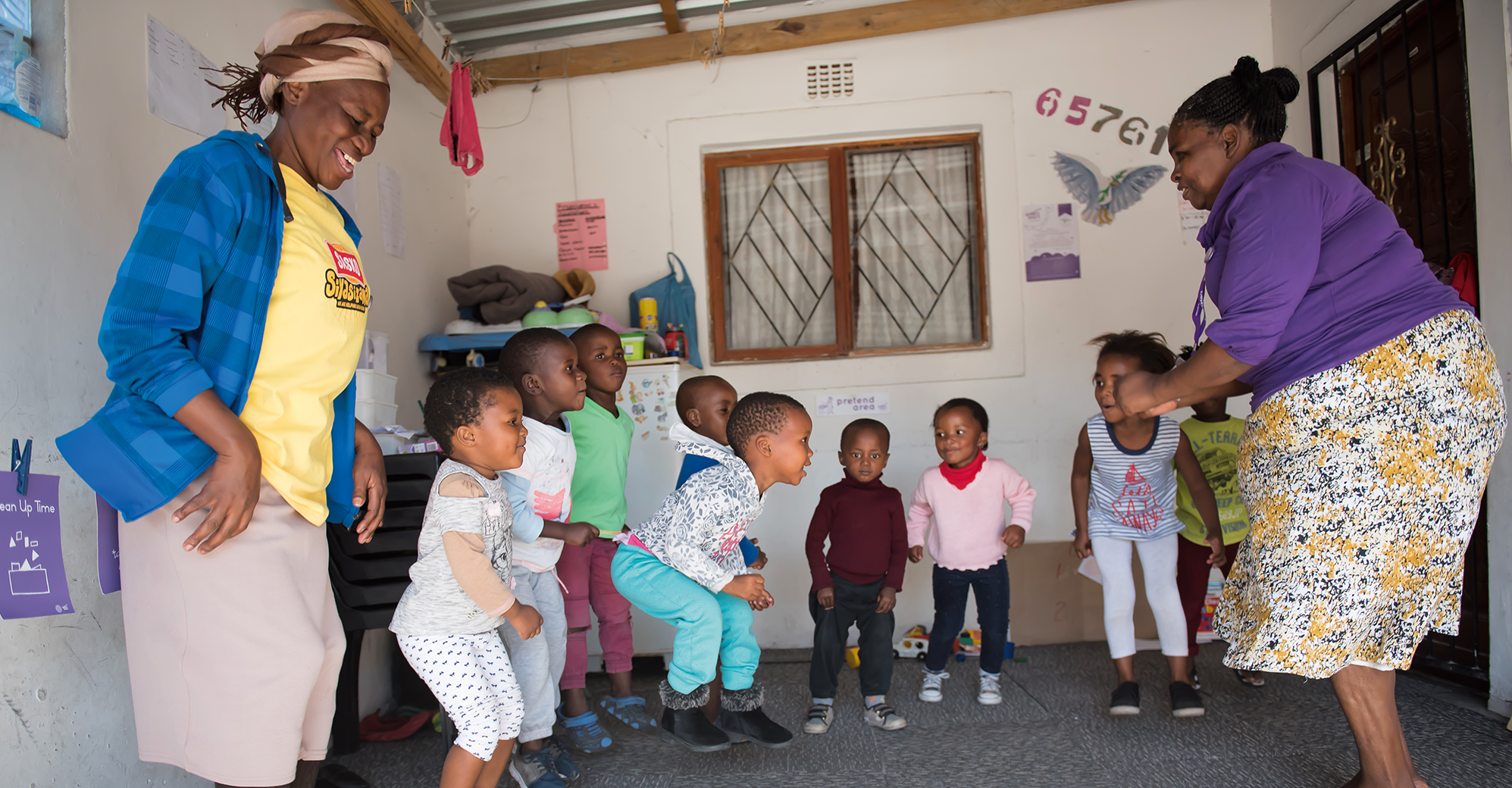 South Africa is demonstrating a firm commitment to early childhood development. The South Africa National Development Plan and the National ECD (Early Childhood Development) Policy (2015) commit to universal coverage of the full range of services by 2030. In 2019, President Ramaphosa announced that the mandate for early childhood development would shift from the Department of Social Development to the Department of Basic Education, signalling a recognition of early learning, and committed to adding a mandatory year of additional schooling prior to Grade R (pre-primary).

Early learning services for children aged 3–5 are currently provided by the non-profit and private sectors. The government provides limited subsidies to providers, based on children’s family income. In 2016 the government increased spending on early learning by creating an early childhood development conditional grant, which added ZAR 400 million per year earmarked for early learning to the estimated ZAR 2.5 billion already allocated to early learning through other mechanisms. In 2019 the grant was increased to around ZAR 3.1 billion for 2020 to 2023, enabling the government to increase the amount of the subsidy, and to marginally increase the number of children accessing it from roughly 612,000 currently.

Despite this progress, the gap in access has not significantly decreased over the past five years. The wealthiest children are still twice as likely to be accessing early learning services as the poorest children, and there remains a dearth of national data on the quality of services (Hall et al., 2019: 37–8).

South Africa is demonstrating a firm commitment to early childhood development. The South Africa National Development Plan and the National ECD (Early Childhood Development) Policy (2015) commit to universal coverage of the full range of services by 2030. In 2019, President Ramaphosa announced that the mandate for early childhood development would shift from the Department of Social Development to the Department of Basic Education, signalling a recognition of early learning, and committed to adding a mandatory year of additional schooling prior to Grade R (pre-primary).

One of the most significant barriers to increasing access for the poorest children is that the early learning services they are most likely to be able to access are least likely to qualify for the government subsidy. To receive the per-child-per-day subsidy, early learning services have to meet registration requirements set by the government. These are meant to protect the best interests of the children, but in practice they result in many children being excluded from financial support.

‘SmartStart is one example of an early learning platform that uses a social franchise mechanism to scale services that are affordable and accessible for the poorest children.’

The most significant barrier is physical infrastructure standards, which are regulated by national, provincial and municipal laws and are difficult to meet without sufficient access to capital. Only centres with sufficient income from parent fees or donations can meet them. While even the poorest families often contribute small amounts, it is not enough for service providers to purchase or build the required infrastructure. In informal urban settlements, lack of land is another barrier to meeting the requirements.

While it is clearly important for government to regulate the quality of early learning services, a more developmental approach is needed. Global evidence identifies five key components of a high-quality early learning programme:

In other words, there is consensus that early learning services must be provided in a safe and child-friendly space – but there is no consensus on what this implies for building or land requirements. The subsidy regulations need to allow for services which can demonstrate they are delivering quality early learning that builds social, emotional, cognitive and executive function capacities in a variety of physical settings that are safe, available and accessible in the areas where the poorest children live.

Over the last few years a number of child-focused South African NGOs – including Ilifa Labantwana, SmartStart Early Learning and Kago Ya Bana – have launched a vigorous evidence-based advocacy effort to demonstrate how early learning services outside of centres can be delivered and quality-assured, and how to change the regulations to enable subsidy for these services.

A key element of this strategy is demonstrating outcomes for children who participate in ‘non-centre-based’ services, using the Early Learning Outcomes Measure (ELOM), an easy-to-administer preschool child assessment tool that is rigorously standardised and culturally fair in the South African context.

SmartStart is one example of an early learning platform that uses a social franchise mechanism to scale services that are affordable and accessible for the poorest children. It demonstrates how the quality of those services can be effectively assured, even though few franchisees meet the regulatory requirements.

In establishing a new early learning service, every SmartStart practitioner undergoes competency-based training and accreditation, is provided with startup support, works with a coach and a peer-support network, and operates as a micro-enterprise. Each practitioner is provided with a standardised, structured daily programme and participates in monitoring and ongoing quality assurance systems. Practitioners also engage parents and caregivers to participate actively in their children’s education.

Like many other programmes supporting non-centre-based services, SmartStart has taken a developmental approach to physical infrastructure, enabling its franchisees to deliver their services in any venue SmartStart certifies as childsafe. An initial outcomes evaluation, using the ELOM tool, found that across SmartStart franchisees children improved their performance in all domains1 above the expected age progress (Horler et al., 2019).

While SmartStart and other programmes supporting early learning services outside of early childhood development centres are increasing access for the poorest children and demonstrating initial evidence of quality, most of the practitioners offering these services remain unable to access government financial support as they are unable to meet the current physical infrastructure registration requirements.

The Department of Basic Education should shift the focus on quality away from physical infrastructure requirements, and instead prioritise inputs that lead to improved child outcomes. Quality assurance systems that are developmental and supportive need to be adopted to include every child. Funding mechanisms and processes need to be established for non-centre-based services. NGOs working in early childhood need to be supported to continue to build delivery platforms that can implement quality-assured early learning programmes at scale for the poorest children.

Hard-won increases in government funding for early learning need to be directed to services that can both expand access and improve child outcomes for the poorest children. Any other approach will take too long and will cost too much. The poorest children are the ones who will pay the price. 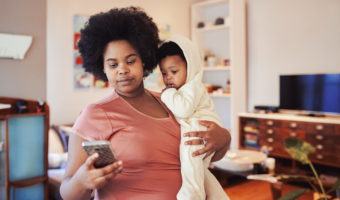 Help or hindrance? The impact of gig work on caregiving