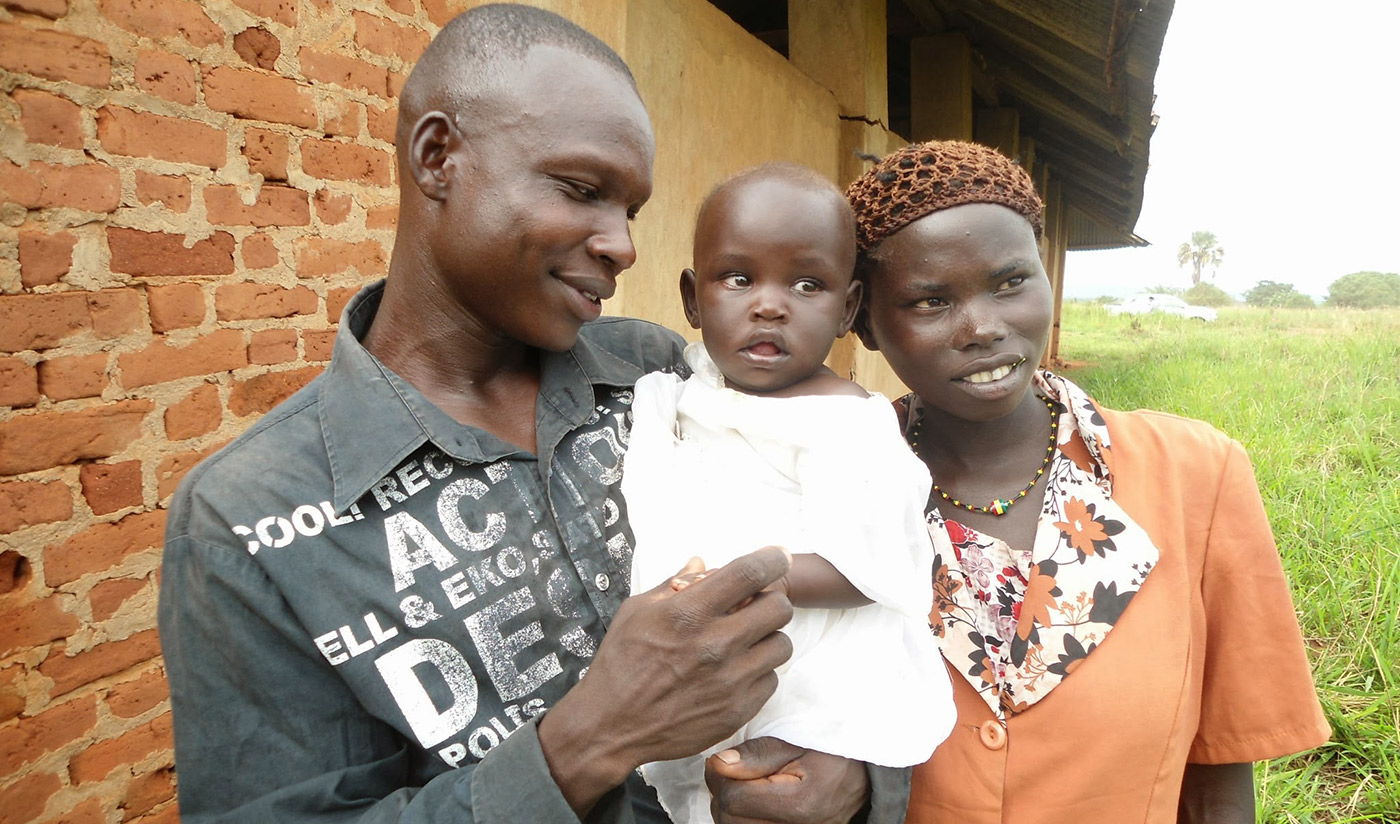 Parents expecting their first child are in a period of transition – excited and apprehensive. It can be a ‘teachable moment’. For men, it can be a critical turning point, a time when they are especially open to learning new behaviours and ideas about what it means to be a father and, more broadly, what it means to be a man. But most parenting programmes engage only mothers, reinforcing social norms that ascribe the care of children to women.

Evidence from two programmes – the Responsible, Engaged and Loving (REAL) Fathers Initiative in Uganda and Program P in Rwanda and elsewhere – demonstrates the enormous difference it makes when fathers are engaged in caregiving. Experience suggests these interventions can be successfully replicated or sustainably scaled through integration into early childhood and other development

Program P and REAL Fathers both take a gender-transformative approach, recognising that beliefs related to gender can profoundly influence family life. Dominant notions of masculinity, for example, may lead men to assert control over women and discipline their children harshly (Heilman and Barker, 2018). REAL Fathers and Program P challenge these notions, explicitly aiming to dismantle inequitable power dynamics. They build on positive cultural norms that encourage loving families and relationships and reposition the role of men as caring fathers and supportive and equal partners.

Fathers’ positive involvement in caregiving is associated with children’s emotional and social well-being and cognitive development (Lamb, 2004; Cabrera and Tamis-Lemonda, 2013). Evidence suggests a gender-transformative approach is more effective for violence prevention than interventions that do not address gender norms and behaviours (Fulu et al., 2014). However very few such programmes have been implemented at sufficient scale to have meaningful impact.

REAL is a father-centred mentoring initiative first piloted in Northern Uganda, where high levels of intimate partner violence (IPV) and violence against children (VAC) stem in part from decades of conflict. REAL works with first-time fathers with toddler-age children. Respected men in the community are selected by fathers and their partners and trained to mentor young fathers using a curriculum that promotes positive child discipline, caregiving, gender equity and communication.

Once a month for six months, young fathers participate in home and group mentoring sessions. A monthly poster campaign reinforces the themes discussed. The intervention ends with a community celebration to support fathers’ achievements and express their commitment to sustaining new behaviours. In 2013, REAL was implemented by Save the Children and evaluated by the Institute for Reproductive Health. Results from a quasi-experimental trial showed it significantly improved positive parenting and partner communication and reduced IPV and VAC (Ashburn et al., 2017), with most results sustained one-year post intervention.

In 2015, REAL was expanded through integration into a livelihoods programme in Northern Uganda and early childhood development centres in Karamoja, Uganda’s least-developed region. Results confirm effectiveness in improving young fathers’ skills in parenting, couple communication and preventing IPV and VAC (Kohli et al., 2019). Designed for scale, this simple, culturally grounded mentorship model can be integrated into existing programmes while retaining its effectiveness. Planning for scale-up through integration is underway in several contexts globally.

Program P engages men when they are open to adopting new caregiving behaviours – from their partners’ pregnancies through their children’s early years.1 Originally developed in Latin America by REDMAS, Promundo, and CulturaSalud, it has been adapted in at least ten countries, from Brazil to Sri Lanka, Portugal and South Africa, in both rural and urban settings (Promundo et al., 2013).

Through participatory reflection exercises and discussions, role playing, and hands-on activities, men and their partners are encouraged to discuss and challenge traditional gender norms and practise equitable, non-violent behaviours. Program P is one of the key programmatic tools of the MenCare Global Fatherhood campaign (MenCare, online), a platform co-coordinated by Promundo, to reframe the global debate about fatherhood with partners in more than 45 countries.

In Rwanda, the Bandebereho (‘role model’) intervention used a curriculum adapted from Program P to engage men in maternal and child health, in collaboration with the Rwanda Men’s Resource Center (Rwamrec) and the Ministry of Health. Young and expectant fathers were invited to 15 sessions (maximum 45 hours) and their partners joined for 8 sessions (maximum 24 hours). Topics addressed included gender and power, fatherhood, couple communication and decision-making, IPV, caregiving, child development, and male engagement in reproductive and maternal health.

Results from a randomised controlled trial show that almost two years after the programme, men who participated were nearly half as likely as those in the control group to use violence against their female partners and spent almost one hour more per day doing household chores, and both men and women were less likely to use physical punishment against their children (Doyle et al., 2018).

Additional unpublished analysis showed that women and men in the intervention were less likely to support corporal punishment, and more likely to use positive discipline techniques, such as explaining why the child’s behaviour was wrong. Compared to the control group, both men and women in the intervention group spent more time teaching their children something, and men spent more time telling stories, singing, or playing with children.

Program P has been recently adapted, with the NGO Abaad, for Lebanese and Syrian fathers and couples in Beirut, with a specific focus on early childhood development.

‘Proven interventions need to be adapted to maintain their effectiveness in new settings and must be faithful to their core values, essential elements and change mechanisms.’

Lessons from scaling up

Adaptation is an integral part of successful scale-up: using monitoring, learning and evaluation data as it becomes available to test assumptions, revise the theory of change, refine implementation and adapt the intervention for new contexts. After the pilots proved the effectiveness of the programmes, REAL and Program P were scaled through integration into existing platforms.

Program P and REAL approached scaling up with the understanding that proven interventions need to be adapted to maintain their effectiveness in new settings and must be faithful to their core values, essential elements and change mechanisms. To achieve this, the REAL team engaged key stakeholders involved in the pilot to review learnings and identify core values (for example, positive messaging, gender transformation), essential elements (such as home visits, group meetings) and change mechanisms (such as community mentorship, public testimony in community celebration) to retain in moving to a new setting or integrating the approach into new programmes.

In replicating and scaling-up Program P, Promundo and partners also aim to focus on the core elements and hypothesised mechanisms for change. Because Program P’s theory of change focuses on critical reflection and skills building, it is adaptable to many contexts and programme platforms, and can target specific outcomes or topics. For example, while the original Program P focused on maternal and child health, in Lebanon the focus is on early childhood development, and in Armenia (MenCare, 2015), on preventing prenatal sex selection. This provides flexibility to align with various institutions and address multiple priorities.

Maintaining the focus on transforming social norms
Addressing social norms is at the heart of gender-transformative programming. Both REAL and Program P encourage fathers and couples to embrace behaviours that may depart from the gender roles they were taught. They engage partners, family members and the community in affirming new values, skills and attitudes.

It can be challenging to maintain a gender-transformative focus at scale. A clear articulation of the norms at play, often identified by formative research, and ongoing reflection with programme staff and beneficiaries, can keep the programme on track. The team adapting REAL for DR Congo is using a social norms exploration tool to carefully identify norms related to REAL’s desired outcomes, and the role of elders, family members and religious leaders in sustaining existing norms and supporting the adoption of new behaviours and norms. This will be used to adapt the approach if needed.

‘Addressing social norms is at the heart of gender- transformative programming, and can be challenging to maintain its focus when going to scale.’

Explicit discussion of gendered social norms is central to the Program P curriculum worldwide. Reflecting on the costs of rigid norms, and learning and practising new skills in caregiving, couple communication and joint decision- making in a safe, peer environment, can lead to a range of positive behaviours (Doyle et al., 2018). More broadly, challenging social norms is at the core of the MenCare campaign, which seeks to change policies, practice and public opinion at national and global levels, emphasising the benefits of gender equality for everyone – women, children, and men themselves – and ‘normalising’ men’s roles as equal caregivers.

The critical role of key stakeholders
Scale-up requires working with partners who have reach and longevity, a commitment to serving a particular population or region over time, who will fully own the programme. For both programmes, partners have included non- governmental and governmental organisations.

Implementing partners and community and government stakeholders were engaged in all aspects of the REAL adaptation and scale process. Scale-up in Karamoja was led by a multi-sectoral adaptation team and included integration in local NGOs’ early childhood programmes with support from Save the Children Uganda. District-level government staff trained the mentors and supervised implementation.

Organisations around the world have taken ownership of MenCare campaign materials and the Program P curriculum, adapted to their context and needs. In Rwanda, Promundo and Rwamrec collaborated with the Ministry of Health and district authorities to design and implement the programme. This generated support and ensured that the content was aligned to national priorities. The partners are now planning to institutionalise the programme through the existing system of community health workers.

The experiences of Program P and REAL suggest that these relatively simple models are impactful and can be successfully incorporated into existing platforms – including early childhood development programmes. Planning for scale from the programme design and pilot stages, and clarifying core programme values, essential elements and mechanisms of change, allowed these models to sustainably increase their reach and impact. They illustrate a pathway towards healthier, happier and gender-equitable families.

Acknowledgement
The authors thank all the project staff and participants who made this work possible. 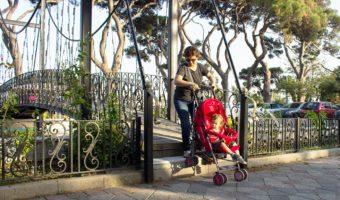 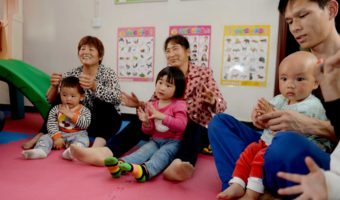 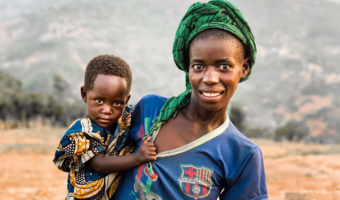