Early childhood: why we need to invest in the future of cities 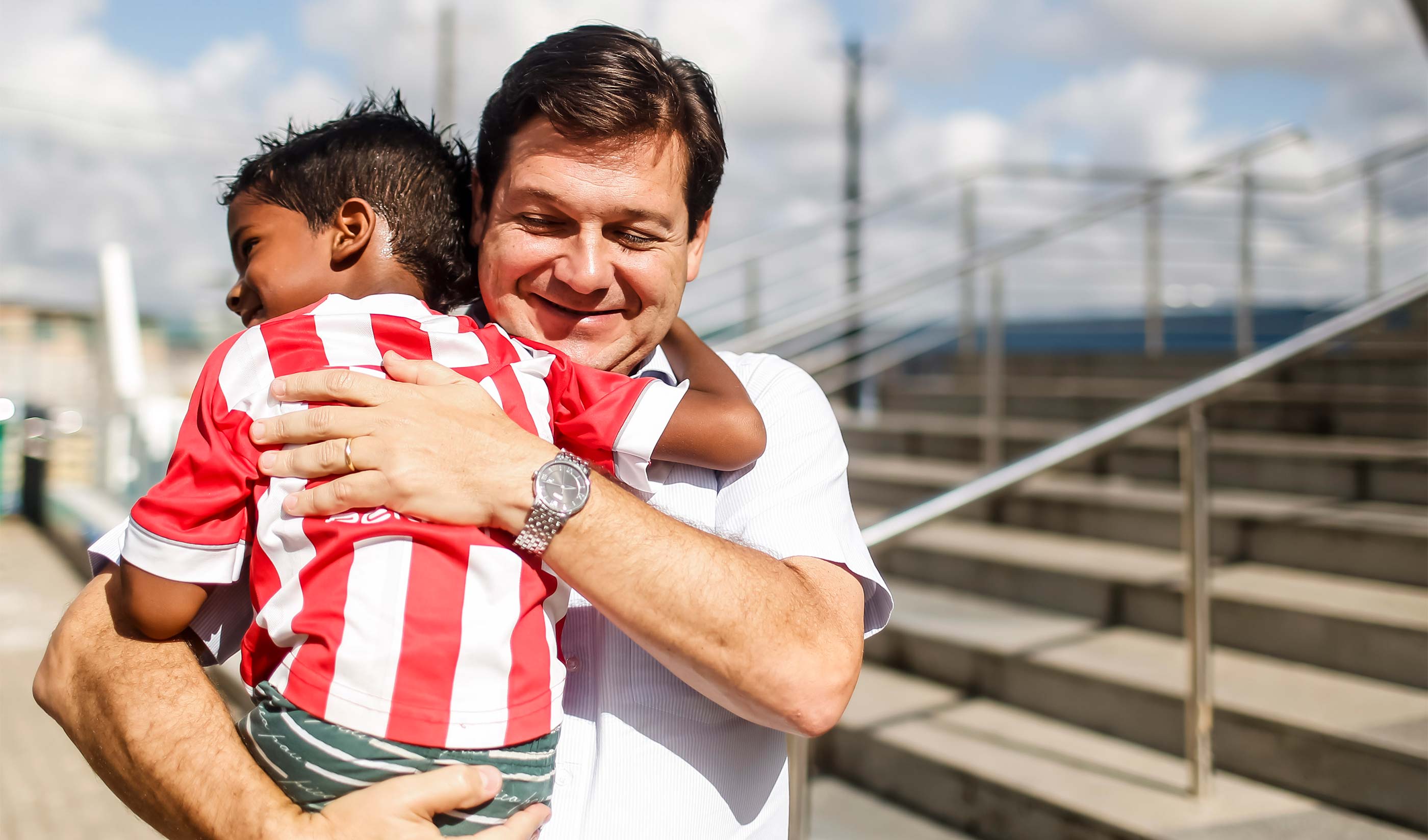 Across Brazil, 18 million children live in households with insufficient income. And 14 million lack assurance of at least one fundamental right, such as access to health and quality education, housing, sanitation and protection against violence, according to the latest National Household Sample Survey (Pesquisa Nacional por Amostra de Domicílios, PNAD) in 2015.

This survey also shows that in Pernambuco State more than 60% of boys aged under 14 years live in households where the monthly income is less than half the minimum wage, and more than 280,000 under-18s live in favelas, where social vulnerability causes numerous problems. With 1.6 million inhabitants, Recife is not only the capital of Pernambuco State but also the biggest city in the North-east – the poorest region of Brazil, affected by many social inequalities.

In this context, low-cost and scientifically proven public policies are more than a choice, they are a necessity. In recent years, scientific studies have demonstrated how great the long-term returns are from investing public money in early childhood. Research by the NCPI (Núcleo Ciência Pela Infância) Science for Childhood working group), which includes institutions such as Harvard University and the Bernard van Leer Foundation, attests that the better the conditions in a child’s first three years in particular, the greater the likelihood that they will develop their full potential in adulthood.

As the city’s Mayor, along with several members of my staff who are leaders in strategic areas related to early childhood, I participated in the Executive Leadership Programme on Early Childhood at Harvard University. This helped create shared knowledge about the subject among the top decision makers in the city´s administration, giving it the prominence it deserves.

It is not possible to improve young children’s quality of life by focusing on the redistribution of income alone. The problem is much broader. We must invest in public policies specifically directed at children in several different areas. In order to guarantee social protection, well-being and quality of life for children, we need to implement projects that promote the improvement of children’s living conditions in terms of health, education, social assistance and human rights. Above all, we need projects that enhance children’s emotional development.

‘It is not possible to improve young children’s quality of life by focusing on the redistribution of income alone.’

Across Brazil, more attention is being given to early childhood. In the run-up to national elections in 2018, for example, Unicef launched the campaign ‘More Than Promises: a Real Commitment to Children and Adolescents in Brazil’ to focus debate on structuring policies on prevention, education and improvement of community infrastructure that would have a positive impact on the reality of young citizens.

We chose early childhood as a priority in Recife because we believe it can be an effective investment to heal some of the social wounds that have been affecting our city. We have already implemented a comprehensive public policy for urban security focused on the prevention of violence and the dissemination of a culture of peace, which particularly benefits vulnerable children.

The Legal Framework for Early Childhood

To ensure that the early childhood agenda is never forgotten in the city, regardless of who is in power, last year we launched the Legal Framework for Early Childhood, which establishes principles, guidelines, instruments and competencies for formulating and implementing public policies that guarantee the physical, emotional and social development of children from birth to the age of 6 in Recife, and that safeguard the rights of pregnant women.

This law resulted from surveys and debates that started in 2017, involving all ten of the municipal secretariats with administrative responsibilities that pertain to young children and families. Covering 14 areas, the Framework integrates more than 200 policies, programmes and projects, such as ‘Programa Mãe Coruja’ (the Mother Owl Programme), which was introduced by the State Government and implemented by us in Recife; Recife Women’s Hospital; and the School of the Future programme, to improve the quality of city schools and daycare centres.

A major step for effective implementation was the establishment of an inter-sectoral steering committee within the Legal Framework for Early Childhood, coordinated by the Planning and Management Secretariat. Under my supervision as Mayor, they are responsible for carrying out these transversal policies on early childhood. Their objective is not only to ensure access to education or healthcare, but also to work towards children’s integral personal development, considering especially the importance of quality interactions with caregivers.

Individual initiatives are monitored through follow-up meetings of all secretaries in the city administration, not only the ten who participated in the preparation of the Early Childhood Legal Framework. Deadlines and people responsible are clearly defined, and deliberations are recorded in minutes taken by the Planning and Management Secretariat.

Baby Week and other initiatives

‘We believe early childhood can be an effective investment to heal some of the social wounds affecting our city.’

In order to make different sectors of city management aware of the importance of caring for children, the municipal administration has sponsored Recife Baby Week for four years, in a partnership with Unicef. Baby Week opens discussions and promotes activities in healthcare centres, daycare centres and municipal schools, parks, and other public and private spaces throughout the city. As a social mobilisation strategy, it aims to strengthen initiatives carried out in the municipality regarding care, promotion, prevention and assistance for children in terms of health, education, social development and human rights.

Along the same lines, another important event carried out by the city is Play Week, which raises awareness of how play contributes to the integral development of children. To further stimulate play and reading, more than 200,000 children’s books were delivered to the libraries of schools and daycare centres, and given to 17,000 preschoolers to take home. In 2017 and 2018, about 40,000 educational board games and toys were distributed to be used in municipal school playgrounds.

Another noteworthy initiative is the set of activities conducted at the Peace Community Centres (Compaz) in the neighbourhoods of Alto de Santa Terezinha and Cordeiro, with the objective of supporting social inclusion and citizenship, strengthening communities and promoting a culture of peace. The centres have a library and areas for sports and courses, among many other activities that benefit children as well as adults.

Adjusting public spaces so that children under 6 years of age can play and interact socially is also one of the main concerns of the present administration. For this urban renewal, we have signed another partnership with the Bernard van Leer Foundation, through which we are investing BRL 3.5 million (about EUR 810,000) in urban interventions in the neighbourhoods of Alto de Santa Terezinha and Iputinga. The project includes improvements to street lighting, strategic reduction of vehicle speed limits, making footpaths more accessible and renovating squares. We agree with the Foundation’s argument that a city that is good for pregnant women, babies, children and young people can produce stronger and more sustainable communities.

The Recife Mãe Coruja Programme monitors pregnant women during the prenatal period and their children in the first years of life, as a public policy to reduce infant mortality. At the moment, there are 1911 pregnant women registered with the programme and 6945 children. In addition to distributing items such as a baby bath, nappies, soap and nappy rash ointment, the Mãe Coruja Programme has become an excellent way to convey the significance of caring for children’s integral development, since breastfeeding and paediatric care are not all a small child needs.

‘The Legal Framework for Early Childhood establishes principles that aim to combine efforts through inter-sectoral action.’

The City Plan for Early Childhood

There can be no doubt that attention to children is not just a campaign promise in the capital of Pernambuco State. It is demonstrated by the more than 200 policies, programmes and projects that the City of Recife has developed for children, Pernambuco’s pioneering spirit in elaborating its Legal Framework for Early Childhood, and the City Plan for Early Childhood, to be launched this year as guidance for related initiatives that are still in the pipeline for implementation. We have made a firm commitment to the young citizens of Recife – future great men and women who will contribute to building an ever better city.

The Legal Framework establishes a series of principles whose aim, above all, is that our secretariats combine their efforts through inter-sectoral action on projects, programmes and initiatives that are still to be created or that already exist. Respecting human dignity, valuing life, strengthening family and community ties, promoting gender equality, and providing access to public spaces and services are some of the underlying principles that guide the preparation of our City Plan for Early Childhood.

This inter-sectoral aspect is present in projects such as Affection Generation and Mãe Coruja, which are under the Secretariats of Social Development and Human Rights and of Health, respectively. Both have the fostering of family relationships as the core element in their activities. They complement and leverage each other, reaching all the neighbourhoods of Recife, with special attention to more socially vulnerable families. 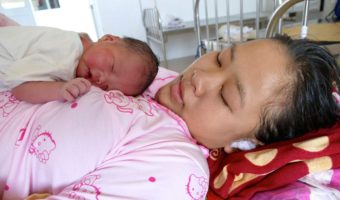 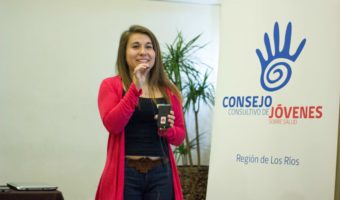 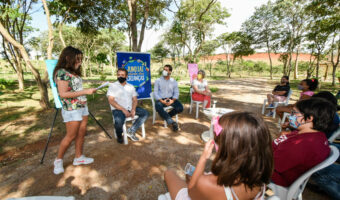