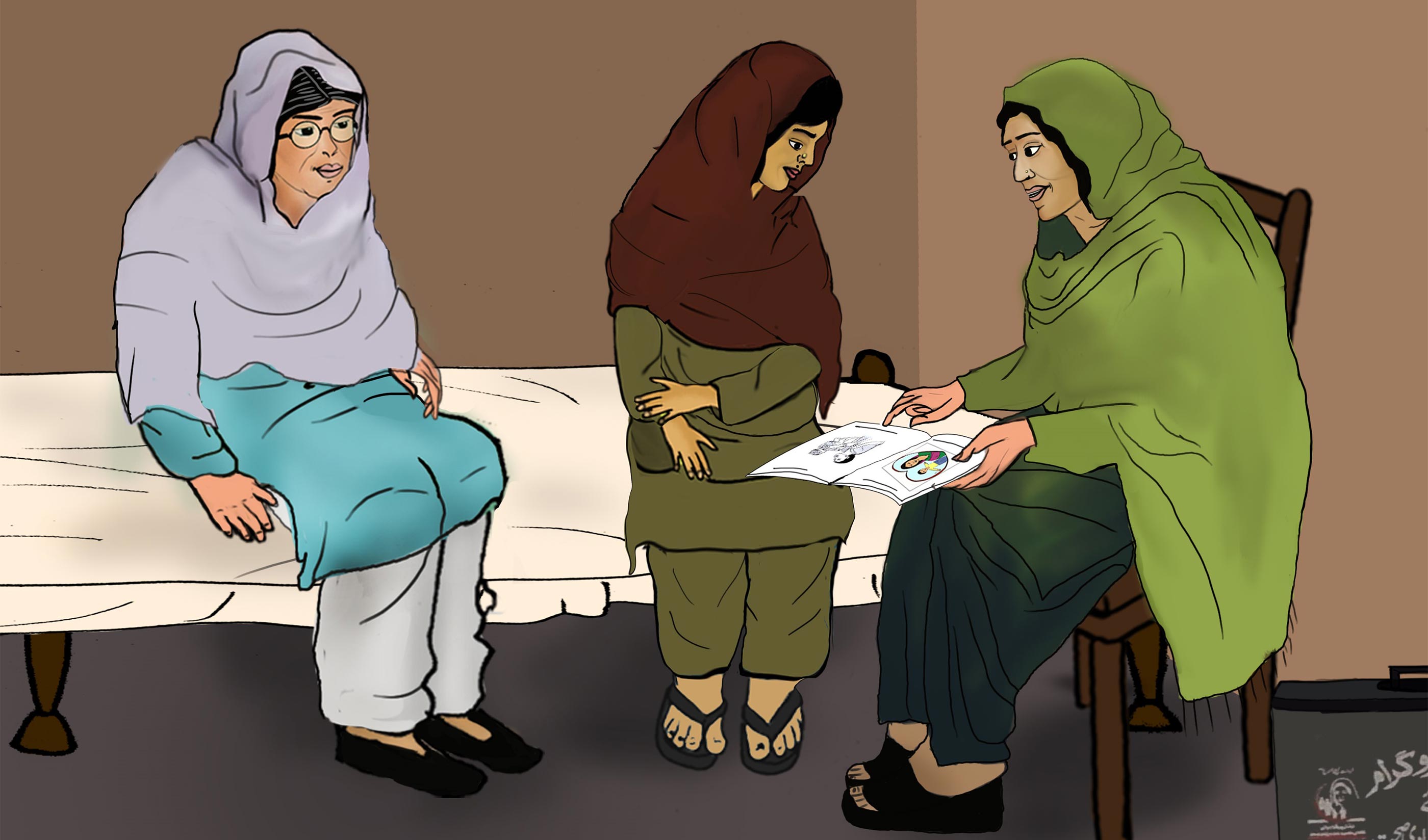 Maternal psychosocial well-being is important for early child development. In countries where maternal depression is high and there is a lack of mental health specialists, community health workers can be trained and supervised to treat depression. However, training and supervision at scale can be a challenge. We recently studied the potential for the Thinking Healthy Program (THP) in Pakistan to make greater use of technology to train and supervise health workers, with promising results showing the potential to help similar programmes to scale in other countries.

The association between maternal depression and adverse child outcomes is well established (Herba et al., 2016). Mechanisms include altered placental function; self-neglect among depressed mothers, leading to infection and dietary deficiencies in mother and child; and less-than-optimal mother–child interactions hampering the nurturing and care of a child after birth. The economic burden includes not only the cost of treating the mother’s depression, but costs associated with complications such as preterm birth and low birthweight.

In low- and middle-income countries, the prevalence of maternal depression is often much too high for the limited number of specialists to treat effectively. Evidence shows that interventions to treat maternal depression can be delivered through community health workers: THP, which is based on cognitive behavioural therapy, has a proven impact on maternal depression (Rahmanet al., 2008). It has been adopted by the World Health Organization for global dissemination through its mhGAP programme.

However, there are major issues in scaling-up the coverage of such interventions, including human resources, cost, quality and equity. The foremost challenge, especially where health systems are weak, is how a small number of mental health specialists can provide quality training and supervision to health workers at scale. Pakistan’s Lady Health Worker (LHW) Programme covers 85% of Pakistan’s rural population through 115,000 LHWs. A technological solution to their training and supervision would provide treatment to an estimated 5 million women suffering from maternal depression in rural Pakistan.

The Human Development Research Foundation developed a technology- assisted cascade training and supervision system and tested it in a randomised controlled trial in the post-conflict rural area of Swat (Zafar et al., 2016). We chose this area because its health system is weak and fragile after multiple humanitarian crises, including military operations in 2009 and floods in 2010.

One group of LHWs, the control group, was trained directly by specialists. The other group was trained by supervisors who had been trained by specialists, using a tablet-based multimedia manual. In each case, the training was for five days and covered principles such as engagement with the family of the depressed mother, use of counselling skills, guided discovery (a way of probing the mother’s beliefs), and setting tasks.

To create the tablet-based multimedia manual, the original THP intervention material was converted to narrative scripts; images of real-life characters depicting trainer and trainee were developed by a graphic designer, and voice-overs were used for each character. Scenarios and role plays were added, for example on dealing with challenging situations and adverse events. Trainers could pause these and follow instructions to make their sessions more interactive. The software included a supervision module to enable the training scenarios to be updated with learning from experience. In the control group, LHWs were supervised directly by specialists in monthly routine sessions at the Basic Health Unit. In the intervention group, they were supervised by supervisors, who in turn were supervised by the specialists.

When we compared the competence of the LHWs who were trained by specialists and the LHWs who were trained by supervisors assisted by technology, we found no difference in their skills, either immediately after training or while delivering interventions in the household three months
later. We also found that being trained by supervisors using technology was acceptable to the LHWs. As this methodology reduces costs by approximately 30%, and enables a small group of specialists to indirectly train and supervise much larger numbers of community health workers, it has significant potential to increase the feasibility of scaling-up similar programmes.

Other uses of technology

Unfortunately, we were not able to study this system in Swat due to restrictions on the use of communications at the time of the study. We now plan to trial it separately, as we hypothesise that it would be an effective way of reaching mothers with depression in conflict areas where routine visits by LHWs are not feasible. It could benefit, in particular, large parts of the world’s population affected by humanitarian crises.

We have also conducted qualititative evaluations of a few instances in which LHWs used a tablet as part of their interactions with mothers. Initial indications are that both the LHWs and the mothers found the use of technology to be acceptable and feasible. It merits further research as another potential way to use technology to increase the quality and reach of services to treat maternal depression – an area in which, in general, more research is needed. 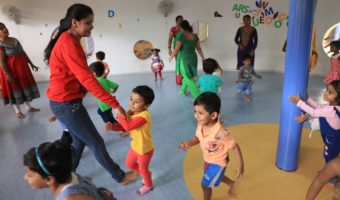 Moving the needle on employer- supported childcare: from business case research to action 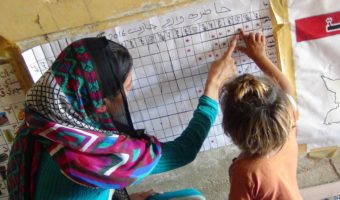 LEAPS: a strategy to benefit young children and youth